The Sound of the Fury 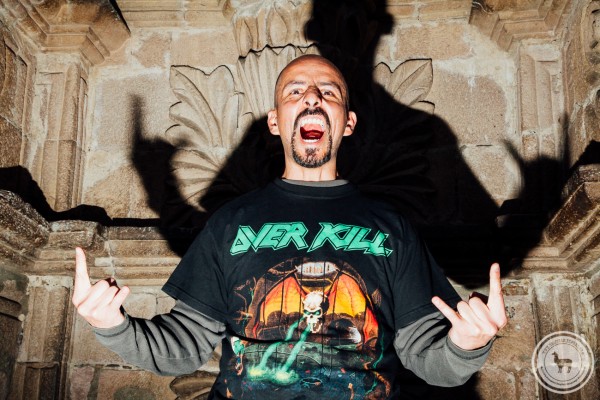 At a metal concert, it’s easy to find friends, beer, brutal music, and cool performances. Among the numerous tattoos peeking out from under even more numerous band shirts, there’s an amazing energy radiating from that can only be created by this thunderous musical mayhem.

Metal might seem aggressive, and it’s sometimes even blamed as a trigger for a violent behavior. But according to a 2015 study by the University of Queensland in Australia published in the journal Frontiers in Human Neuroscience, metal and other extreme genres of music – emo, hardcore and punk, for example – can actually lead to a state of relaxation and calm in its listeners, producing a result similar to sitting in silence.

These styles of music help their listeners to explore the full gamut of human emotions. And contrary to what many people think, metal typically does not make its fans angrier; listening to it may actually present a healthy way of processing anger for these listeners. And when metaleros congregate with each other at concerts and meet each other, it creates a community and a sense of togetherness. In Bolivia, the chaotic, loud and powerful sounds of metal have attracted young people for decades, turning the taste for this genre of music into an addictive lifestyle difficult to drop.

Gonzalo Martinez Hinojosa has been a metalhead since he was a kid. Now 44, he has an office job like most people. He’s an athlete and leads a healthy life, but his devotion to metal means he takes every opportunity to enjoy the music that he says nourishes his soul. At a young age, he discovered the records of Led Zeppelin, Black Sabbath, and Deep Purple, thanks to his uncle who played guitar in a rock band at the time. From there, he discovered a whole new world that he doesn’t want to leave. ‘Music chooses you,’ Gonzalo says. ‘It’s something you like so much you never leave. Metal is a style of music of great intensity. It gives you great strength, makes you think about things, keeps you questioning everything.’

During the week, Gonzalo has to wear a suit and tie to go to work. But perhaps the real Gonzalo is the one who wears Anthrax, Slayer, and Megadeth T-shirts. He saves for months in order to attend concerts in different countries, or even in international waters: he is a two-time attendee of ‘70000 Tons of Metal’, an annual Caribbean cruise for metalheads and musicians.

In metal, women play a large and very present role in the scene. One active member of the Bolivian metal community is Julia ‘Hexe’ Ascarrunz, a singer for more than 10 years. She is 28 years old and an anthropologist, but metal will always be one of her main passions.

Julia’s first performance was in El Alto, when she was invited onstage to sing a song alongside the band Effigy of Gods during an album-release show. Her first official band, Metastasys, gave her the opportunity to tour throughout Bolivia and in neighboring countries with the bands Decomposing Flesh and Black October. From 2009 to 2014, she played with her brother Pedro in a project called Blood Rituals. And now she’s currently the lead singer of Carcinoma, a death metal band.

‘It's nice to see new people approaching metal music,’ Julia says. ‘The scene is growing apace.’ But despite this growing interest, however, she points out that today in La Paz there aren’t many spaces where you can listen to or play metal. She also says that not so long ago, discrimination against female metalheads was rampant, but that women themselves have demonstrated their strength and passion for this genre, changing perceptions from within. ‘In recent years, things have changed. Now it’s a privilege to have a girl band playing on your stage.’

‘Metal gives you great strength, makes you think about things, keeps you questioning everything.’

Women are also working behind the scenes. Lucia Zarratti Chevarria and her production company, Dantalian Overactive Producciones, promotes and organizes metal concerts and events and manages several national bands. Lucia’s introduction to metal came 20 years ago, when she first heard the song ‘Symphony of Destruction’, from Megadeth’s classic Countdown to Extinction album, at a friend’s house. ‘I started to copy tapes, buy records, attend concerts, and to choose bands and genres,’ Lucia explains. For Lucia, as for many fans, metal music is a passion that can’t be explained logically, it’s simply lived and applied to daily and professional life. It was with this energy that she started Látex, a clothing business exclusively for female metalheads.

While metal originated far from Bolivia, several national bands have emerged in recent years, and they’ve given the genre a Bolivian flavor. Armadura, which formed 12 years ago with members from La Paz and El Alto, is still going strong, constantly presenting new sounds to its audience. The band’s version of the song ‘Ama Sua, Ama Llulla, Ama Khella’ (originally by the Andean folk group Kalamarka) is metal fusion, but guitarist and songwriter Franz Thames Rossel says the band makes music inspired by the environment, everyday life, and the social problems affecting their country.

Franz, Lucia, Julia and Gonzalo all highlight the importance of organizing festivals and supporting emerging bands. With their collective energy, they are leading the charge in keeping alive the metal scene in Bolivia. Stay heavy, metalheads!

Special thanks to Capotraste Music Bar in San Miguel, La Paz, for providing a location for our portrait of Julia.