The Slopes of Bolivian Skiing 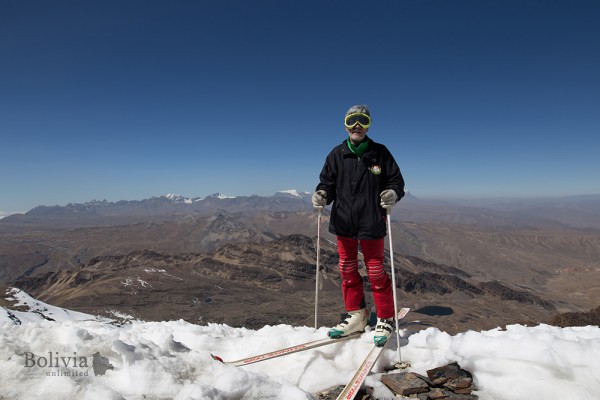 Is There a Future?

Chacaltaya, an hour and a half north of La Paz, was the highest-altitude ski resort in the world until 2009, when it closed due to lack of snow. The glacier on which its pistes ran had melted away, a casualty of global warming.

But skiing in Chacaltaya is not impossible, but without the glacier sustaining a reliable layer of snow and a functional ski lift, skiing trips have become more of a rare occurrence. Last time the Club Andino came to ski here was in 2012, and some of their members haven’t been up there in 20 years. 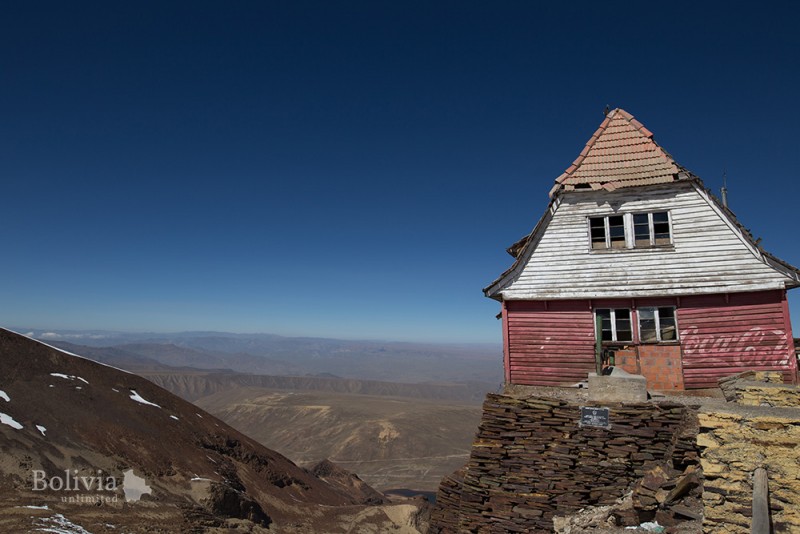 Sitting on an escarpment at 5,300 metres above sea level, this iconic structure houses the resort’s ski-lift motor. It was declared a protected monument of the municipality of La Paz in 2015. It’s called the Cabaña Museo Federico Nielsen Reyes, after the Bolivian sportsman and diplomat. 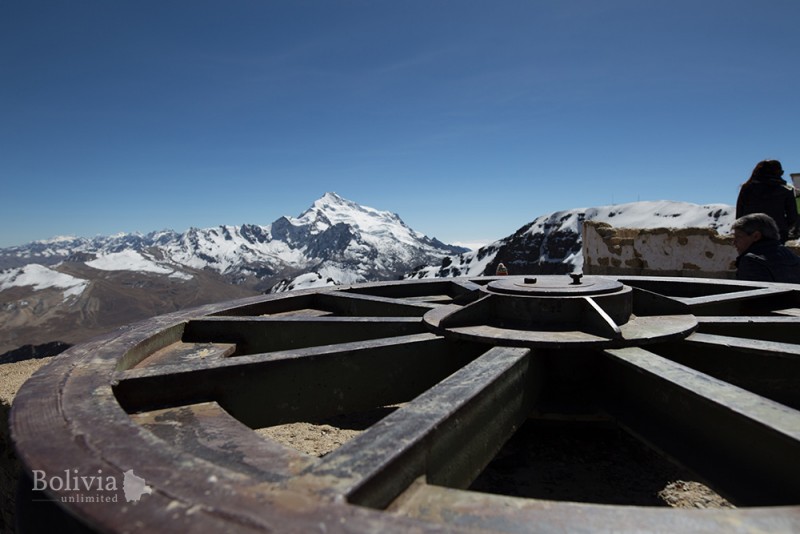 The ski lift at Chacaltaya hasn’t been used in over a decade, and is now nonfunctional. Along with the lack of snow, it is one of the obstacles that prevents the Club Andino members from skiing regularly. At this altitude – the same as the Mount Everest base camp – it’s not easy to climb to the top of the slope, and it’s even more strenuous if you try to do that in ski gear. The club needs to raise approximately $3,000 to get the ski lift up and running.

Picture 3 - José Manuel at the top of the mountain

Standing at the top of the mountain and listening to the wind howl, José Manuel Bejarano, member of the Club, tells his story of Chacaltaya, how he learnt to ski here long ago when the equipment was still made of wood. ‘People would ski here every weekend, a group of 30 or so,’ he says. Obsessed with the sport, he attended three different Winter Olympics: Sarajevo in 1984, Calgary in ’88 and Albertville in ’92. His suit is from Calgary, as are his skis and boots. ‘I will now say goodbye to the mountain,’ José Manuel declares before descending.

Picture 4 - José Manuel skiing down the mountainThe members of the Club Andino weren’t sure if skiing would be possible due to the icy snow, but José Manuel was determined to try. It took him over an hour to hike to the top. Checking the snowpack on his way up, he wanted to see if it was skiable and noted the icier patches. ‘It is skiable,’ José Manuel says, ‘but you can feel places where your foot sinks down low and other spots where the ground is really hard.’

José Manuel and the other members of the Club Andino hope that this snow around till next year; if so, next season could provide some good skiing opportunities. With the glacier gone, the rocky terrain heats up under the sun, and the snow melts away much faster. 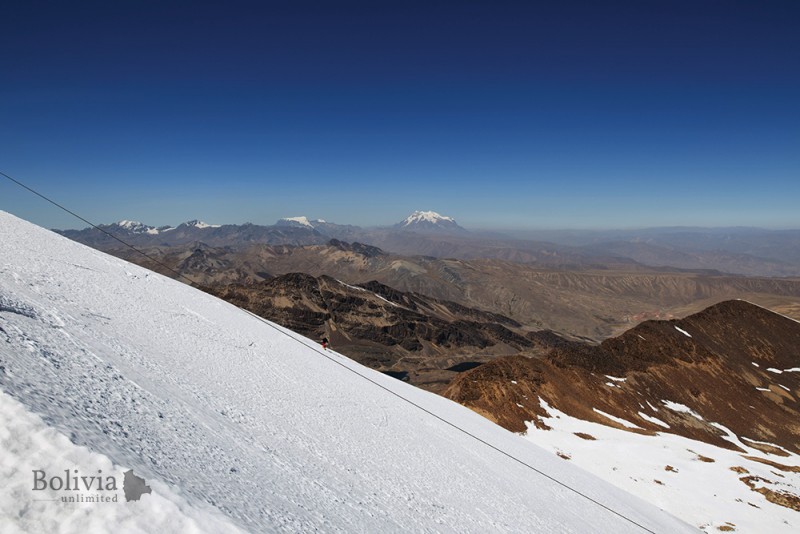 Back in the chalet, we discuss the difficulties and challenges that the Club Andino has to face. José Manuel and Huascar Pacheco Muñoz, President of the Club Andino, comment on the irony of living in a city with cable cars and snowy mountains all around but no ski resort.

Although difficult, it is possible to ski in Bolivia: not only at Chacaltaya, but also on Mururata about 35 kilometres east of La Paz. It’s glacier is reasonably healthy and skiable. There’s an obstacle, though: The road ends five kilometres from the slope .

‘Tourist agencies do take people skiing in Huayna Potosí, and people go snowboarding in Charquini,’ José Manuel says. ‘So there is an interest from young people and tourists.’

The glacier on which its pistes ran had melted away, a casualty of global warming.

The dearth of skiing culture in Bolivia, an inconsistent climate, and an absence of funds make it difficult for the Club Andino to enjoy the slopes of Chacaltaya. But the dream isn’t that far-fetched. Perhaps with the help of tourism and ski enthusiasts from around the world, it’s possible to revive Chacaltaya – and even expand into other locales. And, should the snow hold – always a dicey proposition in today’s warming world – see people start skiing again.