The River Treasures of El Amazonas 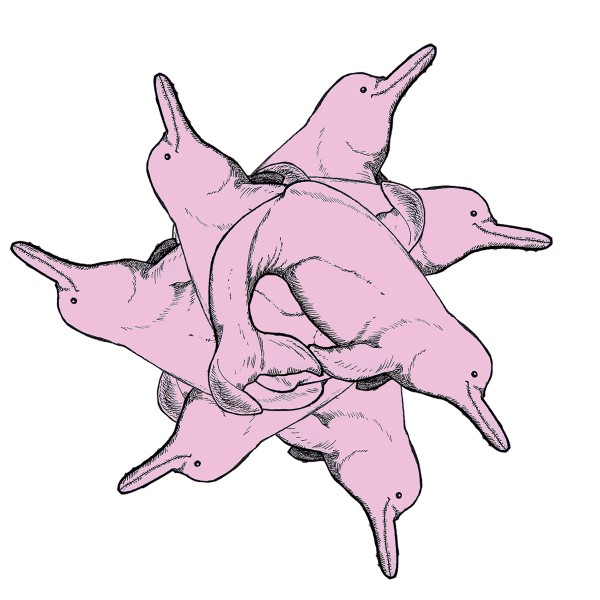 Bolivia teems with the unique. From its wealth of pre-Colombian ruins to its haunting geography, from boundless lakes to vast salt plains, the country offers a wealth of the astounding. And upon the Yacuma River, at the headwaters of the Amazon in the country’s northwest, dwells one of Bolivia’s best examples of its tesoro único. Beneath the swirling brown waters that flow rapidly through the pampas which form a linchpin for the region's ecosystem and give life to countless organisms, live the delphines rosados – pink river dolphins. But their lives hang in a delicate equilibrium in which all things in Bolivia play a tense balancing act.

The local name for the pink river dolphin is bufeo. When I asked my guide Ovidio from which indigenous language the name derived, he only laughed. There is no one language that propagated the name, Ovidio said, for the name itself is phonetic – it is the sound of a dolphin clearing thick river water from its blowhole. And indeed the sound of a spouting dolphin is akin to a wet cough or sneeze – very much a bufeo.

These fresh-water dolphins look markedly different from their saltwater-dwelling cousins. Their eyes are small, for the river’s detritus prevents anything from seeing more than an inch ahead. Their fins are paddle-shaped, allowing for greater manoeuvrability in the tight waterways that are their homes. Their snouts are long and thin with a row of sharp fish-eating teeth. And these strange, chubby pink creatures are the apex predators of their waterways.

I went into the Amazonas in search of the bufeo. I had heard they were hard to find. Books listed them as endangered and anecdotes spoke of teams who had fruitlessly scoured the rivers for the elusive animal. My adventure was quite different. As we boarded our canoes at the port of Santa Rosa de Yacuma, at the frontier of Parque Pampas del Yacuma where the departments of Beni and La Paz meet, two of the off-pink cetaceans rolled into the bay. It appeared the conditions were perfect for dolphins. The rainfall was worryingly slight for the Amazonas' human inhabitants, whose crops this season had suffered terribly. But what little rain had fallen was perfect for raising the river without flooding the plains. The dolphins were not confined to isolated pools as they are in dry weather, and the waters were not so high that the dolphins could spread out across inundated fields. Instead, pods frolicked along the length of the rivers, hunted piranhas in turbulent rapids and followed our motorised canoe.

Farmers in Bolivia feel the effects of the world's changing climate more than in other countries. Here, life for all animals, humans or otherwise, revolves around a delicate environmental balance. In the agricultural regions of the desolate altiplano and steaming jungles, everything depends upon rain. Few in the Amazonas disbelieve global warming, and they blame the changing state of el Niño upon this environmental disaster. But as crops wilt, the dolphins frolic in full view of the tourists, and a different economy booms.

My doom-saying vision of searching the rivers for the 'critically' endangered animal had been undone. Ovidio explained the greatest worry locals have was not that the animal might go extinct, but that blooming populations upset the rivers’ delicate equilibrium, upon which all life in the pampas depends. Everything exists in a balance – all creatures, both predator and prey, exist in harmony in the pampas ecosystem, as do the granjeros of the surrounding grassland. And as the dolphins flourish – the hunting of them being illegal and locals understanding that the long-term gains of keeping the animals alive for tourism outweighs the short-term benefits of selling their skin and oil – the fear grows that other animals may begin to disappear.

Maybe the dolphin was not so much the endangered but the endangerer. However upon a later visit I found that pampas life does not hinge upon the dolphins, but all upon the river, and the river relies upon the climate. My second visit was deeper into the rainy season, the river was higher and the bufeos nowhere to be seen. The rains had at last come, to the relief of the jungle farmers, and the lower fields lay flooded.

Nature is wild and unpredictable. The dolphins can live in a surplus, or be dispersed, depending upon the weather. And whilst they are not aware of it, everything in the pampas depends upon the weather. The rains had come and the tourists had a far grimmer vision of dolphin life. The farmers were the ones who now frolicked amidst their watered crops, and they gave thanks to Pachamama. But if the climate continues to change, with the rains increasingly unpredictable, it can be surmised that soon both bufeos and granjeros will suffer together. 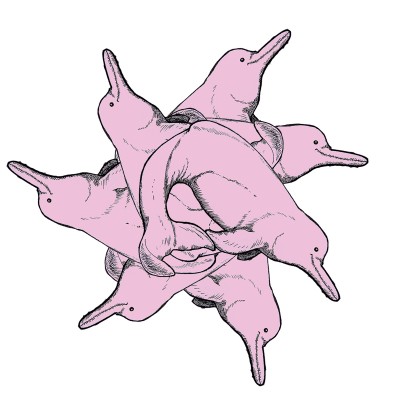