The phantom of the theatre 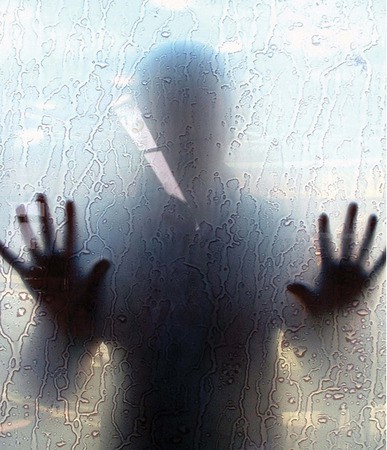 She found herself floating towards the stage; the music was too hard to resist… Her mind swam along with the undulating notes of the piano and her eyes searched for their author. There he was: a man dressed in black, his back turned to her as his hands glided across the keys. She couldn't see his face, but the music he played was of transcendental beauty; she had to know the musician's name. She rushed outside to the ticket office where her friends were still working and asked who was playing that evening. They looked at each other and laughed. She insisted: 'He plays so beautifully – what is his name?' 'There aren't any musicians playing at the moment', they replied. 'It must have been something else…' 'But he's playing in the stage area'; she didn't understand. 'It must have been Tío Ubico', they at last confided to her. Her skin prickled with goosebumps and her hair stood on end. She was sure of it: she had just seen a ghost.

This is the story of Doña Inéz, an usherette working in La Paz's most famous and historical theatre, El Teatro Municipal. It was on a cold Wednesday evening that I met with her, perched beside her and armed with my trusty tape recorder, hanging on to her every word. She was mesmerising. A small figure dressed head-to-toe in her navy blue theatre uniform, with a pair of thinly rimmed glasses perched on the end of her nose, she was the typical grandmother: softly spoken yet with a magic behind her eyes that told of tales and adventures yet to be shared. When I asked her what she had witnessed all those years ago, her gaze grew distant. There was a moment of silence as she took the time to let her mind rewind freely back to the night when her perception of reality had done a 360-degree turn and had left her reeling.

Three days after the surreal experience, the usherette had suffered from a continual fever. The fright had proved too much for her. After conversing with her friends, who had explained to her the more esoteric aspect of the theatre's history, she had carefully made her way back to the stage area where she had seen the man playing the piano. But the orchestra pit was empty: there was noone there. The piano, too, had disappeared. She only realised later that it would have been impossible for someone to have carried down a piano of that size: it would have required the strength of at least eight men. In the history of the theatre, there has not once been a piano in the orchestra pit. This realisation provoked her fever.

I had never before been a believer in ghosts, but Doña Inéz speaks to me with quietly assured confidence. There are no theatrics involved – her hands don't shake and her eyes don't roll when she speaks of the past. She is simply telling her story; she believes in it wholeheartedly, yet leaves the listener the freedom of choice to believe or not.

The event took place about eight years ago when she was working in the dressing rooms, of which she was then in charge. The 'hauntings' had been taking place in the theatre since the early 1900s yet, prior to the experience, Doña Inéz had been totally unaware of the reported sightings. She had never even heard of Tío Ubico. Her complete ignorance undeniably adds weight to her story: without previous knowledge, it would have been impossible for her to have projected the impression of a ghost onto her experience. She repeatedly assures me of how convinced she was that the music was emanating from the touch of a famous pianist. A pianist who was alive, not dead. Furthermore, it seems uncanny that her description of the ghost – a figure all in black, wearing a long tail-coat jacket and gentleman's hat – could be so accurate a portrait of Tío Ubico.

Doña Inéz strikes me as a brave woman. She still works for the theatre, now acting as a theatre attendant for El Teatro de Camara which is situated in the adjoining building to El Teatro Municipal. Other theatre workers have not been as courageous. She tells me about a security guard who quit his job in shock after a visit from the phantom.

Although many have had differing experiences of him, it remains unclear who 'Tío Ubico' actually is. As corroborated by Doña Inéz, it is said in the world of theatre that ghosts are usually accompanied in their after-life by orchestras playing beautiful music in their wake. Indeed, despite not having been a renowned pianist whilst alive, it appeared that Tío Ubico was playing challenging classical music, possibly that of Beethoven. The story goes that Tío Ubico, as he is so fondly called nowadays, was originally Wenceslao Monroy, a talented actor who spent the majority of his life working within the theatre. At first, one of its most important lead actors, he digressed in later life to work in administration with odd jobs including that of doorman. It is said that he even came to the theatre when he was a young boy, a habit that led to his love of the theatre and all that relates to it. Rumour states that Monroy spent his last days as a beggar, asking for money outside the theatre doors. His family deny this, however, claiming that he remained at home until his death. The latter, moreover, is another point of contention in the life of Monroy. His family maintain that he died at home from an illness, whilst some members still working in the theatre – principally our story's usherette – believe that he died in the stage area from a heartattack.

The mystery surrounding the figure has attracted many, causing a Ghostbusters- type team to go in and investigate. According to Doña Inéz, the group left empty-handed, although it is believed that a photo was taken in which it is possible to see a pair of ghostly hands playing a piano... When asked if anyone has been called in to rid the theatre of the ghostly presence, however, the theatre worker was firm in her answer: Why would they? Tío Ubico doesn't do any harm. He might scare you a little bit but he isn't vengeful. Bolivian tradition calls for a priest to come in and to bless the haunted space, but in this case there is absolutely no need. Tío Ubico is seen by the theatre- workers as a friendly presence – a sort of middle-aged Casper, if you like – who protects the theatre and acts as its guardian. According to another staff-member, he only does things to those who go in with bad intentions. She mentions stories of people having been pushed over, left rolling across the floor without any reasonable explanation. As in the case of the Ghostbusters, she argues that Tío Ubico hides from those who search for him. He'll only appear to you if you don't expect anything from him.

Anecdotes of Tío Ubico tapping people on the shoulder or of cheekily slapping women's behinds are told as though relaying tales of a close family member – such is the relationship between the 'ghost' and the theatre's staff. He has been a part of the theatre ever since people can remember: there is no clear point in history where the two are self-existent. The theatre-workers are so used to him now that they see him as an integral part of daily life. As another staff-member puts it, though she was scared at first to see Tío Ubico, she is not frightened by him because she knows what and who he is. She is certain that there are two worlds: the world of human beings and the world of the soul and the spirit. She understands clearly that Tío Ubico is a presence – a soul who loved the theatre so much in his physical existence that he has remained there in his after-life

She asserts that Tío Ubico is an 'emblematic personality' that acts as an auxiliary attraction of the theatre. For this staff-member, it is ridiculous to talk of him as a ghost: if he were one, then the theatre would be empty and abandoned, and this is not the case. To talk of 'ghosts' is to talk of horror stories and terror, of madness and lunatic asylums. This is far from the reality present within the theatre. There are no hauntings here. For those who love torch-lit tales of doors slamming and footsteps running this will come as quite a disappointment, but it is clear that Tío Ubico is more of a cheeky guardian angel who has got stuck on his way to Heaven, than a Peeves left in limbo with unfinished business.

From my discussions with Doña Inéz and her colleagues, one thing is clear to me: Wenceslao Monroy, aka Tío Ubico, is the 'essence of the theatre', and should be remembered as such. We may choose not to believe in the reality of ghosts, but we must believe in the metaphorical ghost of memory and passion. Tío Ubico is a bold reminder of the power of our souls to stay present – even beyond death – in what we love the most. And, let's face it, if you got stuck on Earth for decades more than you bargained for, who's to say that you wouldn't try and have a little fun whilst you're waiting too... I know I would.