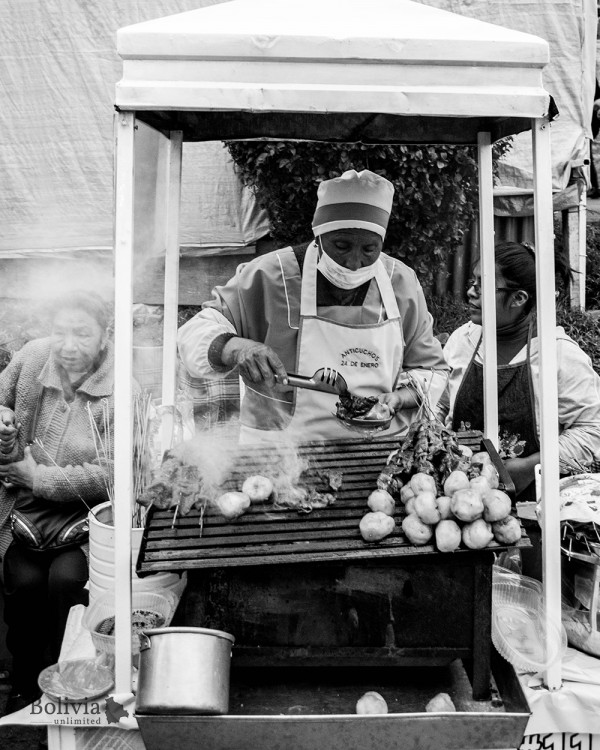 16 July is the day of La Paz, a city which has two names, Nuestra Señora de La Paz and Chuquiago Marka, symbolising the many different facets of La Paz. It’s a place where an anticucho can be a street snack or turn into a sophisticated gourmet dish. It’s a chaotic city that does not sleep, where there may be traffic jams at 3:00 am in la Pérez or where it can be impossible to find a taxi on a rainy day. It’s a city full of contradictions where you drink locally produced coffee in sophisticated cafés or enjoy instant coffee with a marraqueta and cheese on a plastic bench in the market.

It’s a city of fighters, where we see many demonstrations in which people have the courage to struggle for what they want, but at the same time it becomes a showcase for great cultural demonstrations and parades.

It’s a place into which everyone can fit, where there’s something for everyone and where you can’t get lost because everything and everywhere always takes you back to the centre. It’s where the Andean, the ancestral, the traditional can be found in everyday things – in the plays, concerts, the cold beer, gin and singani that accompany nights out.

Musicians, writers, painters, sculptures, designers, filmmakers, actors, entrepreneurs, scientists, revolutionaries, activists, rebels, muralists and anarchists – they all find their muses in every corner of the city.

La Paz. The city where people sing ‘Collita’ from the bottom of their heart and dance a kullahuada with grace and gallantry. Every day from 8:00 am, life on the street becomes alive with the caseritas, the zebras, the shoeshine boys, the juice lady, the pasankallas man, the ice cream man, the shoe-repair guy and all the maestritos. Imágenes Paceñas, by La Paz’s ill-fated scribe Jaime Sáenz, is mandatory reading for those who want to understand the city, and who will carry those memories forever. 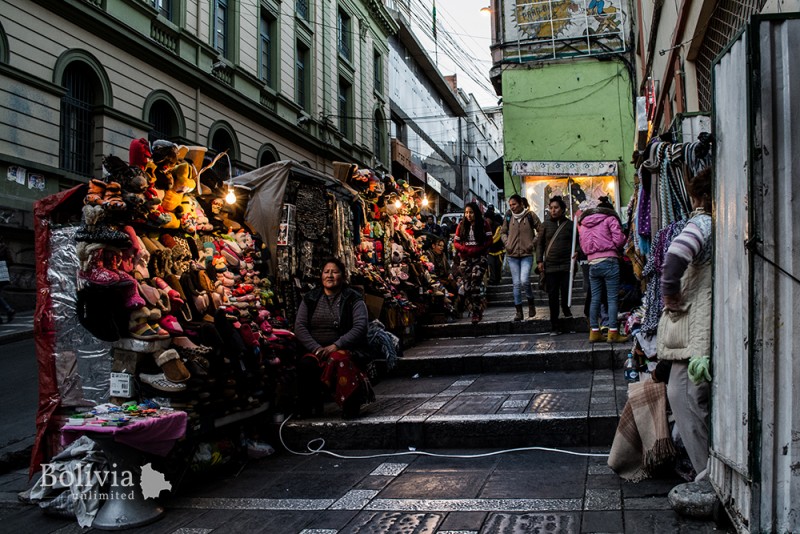