The Online Presence and Production of Jiccha 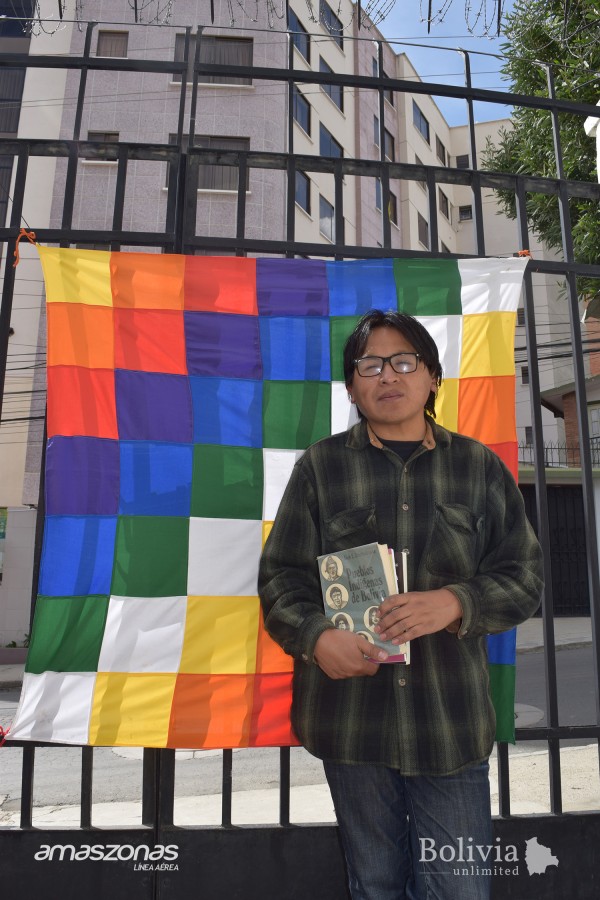 For many years, Bolivia’s academic content and political proposals were exclusively broadcast from and to an elite social sector. Wilmer Machaca, Carlos Macusaya, Iván Apaza Calle and Franco Limber, all academics from El Alto in their own right, decided it was time for things to change. They are managing to dispel the idea that Bolivian popular sectors have no academic agency and potential. Inspired by the word for ‘now’ or ‘the present’ in Aymara, Machaca created Jiccha in 2017 as a personal online blog. Two years later, the blog became a portal and Machaca teamed up with Macusaya, Apaza Calle and Limber to create a group with various social-media platforms such as Facebook, Youtube and Twitter. Now consisting of an official team of 12 members, Jiccha is a cultural and political platform that supports, produces and broadcasts academic content in the field of indigenous studies and the indianista and katarista political ideologies to an international and national following of over 15,000 people.

Both Macusaya and Machaca describe how there are no hierarchies in Jiccha. All of the founding members equally distribute the workload and are all active in terms of producing and broadcasting content. They manage this system easily due to the fact that they consider themselves experts in separate fields: Apaza Calle studies indigenista and indianista literature; Macusaya is interested in themes relating to indigenous identity; Machaca delves into technology and politics; and, finally, Limber writes about history. ‘We all complement each other in many ways,’ chuckles Machaca, but he admits that the theme of colonisation and political ideologies are common ground for them all.

Jiccha channels the majority of its activism through its online portal (jichha.blogspot.com) and its Facebook page. On these two platforms, Jiccha has been known to share downloadable content of complete works, such as academic articles and books, that would otherwise be inaccessible to aspiring young academics from the popular sectors who have neither the means nor the money to afford some of these texts. The team also has their own Youtube channel where they frequently upload radio shows on which they have been invited to speak thanks to their online visibility, interviews, documentaries and news clips relating to their objectives and interests. Additionally, they use their Twitter account to discuss current affairs despite Machaca’s explanations that ‘Twitter in Bolivia is seen as a social-media platform that is primarily associated with Bolivia’s middle-class social strata, or verified politicians and figures.’ Jiccha, on the other hand, is mainly focused on creating an academic environment for the popular sectors. While the group’s Facebook page has attracted followers from all over the world, Machaca admits that its Youtube channel has more of a militant political following of kataristas, a stem of the indianismo ideology which is definitely more rooted in the Bolivian Aymara imaginary.

The group’s philosophy revolves around producing and sharing content that allows them to give their political views more scope. Machaca explains that their principal objectives include ‘generating reflection, thought and promoting new proposals for societal change.’ Macusaya adds that, for him, Jiccha’s most important and overarching group aim is ‘to improve the image of the indigenous figure in the public eye: be it through the exploration of Bolivia’s rural identity, denouncing the political marginalisation of the autochthonous populations or condemning the folklorisation of Quechua-Aymara culture.’

The political currents that are supported and promoted by Jiccha include indianismo and katarismo. These two ideologies are often clumped together, and they certainly share many characteristics. Yet Machaca takes his time in distinguishing one from the other. While both of these movements were born from Quechua-Aymara Andean disatisfaction, ‘indianismo represents a more radical anticolonial stance on an international level,’ Machaca says. ‘The suffering, racism and discrimination that rural indigenous migrants had to face in the city pushed these sectors to create a political movement to defend their rights.’ The realities that these migrants had to face on a daily basis, in terms of discrimination at work and being denied public services, were brand-new preoccupations; indianismo was a form of fighting against systemic, colonial and hegemonic violence and oppression. ‘Katarismo was followed years later,’ Machaca comments. The katarista ideology emerged in the 1970s and was primarily formed by rural syndicates that proposed a new process of decolonisation that would have to come from within society. Decolonising Bolivian school’s curriculum and Bolivia’s dominant culture, and challenging political representation, were all principal objectives that spurred the movement. These battles for Aymara equality and emancipation are not over for the popular sectors of modern-day Bolivia. Jiccha forms an integral part of this struggle, using books, intellect and digital platforms as sources of political empowerment.