The man behind the masks 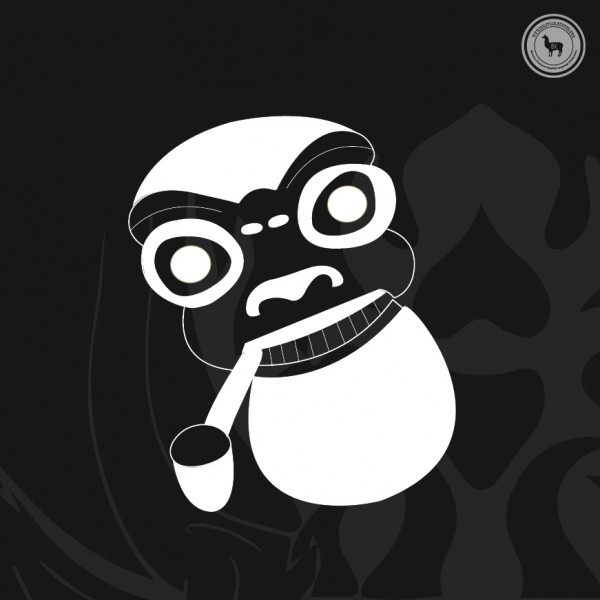 Saturnino Ibañez and the face of Bolivian folklore

Calle Los Andes is a hidden gem of La Paz. Located just off Avenida Buenos Aires, this colourful incline will take you on a whistle-stop tour of Bolivian folklore. All of the outfits and accessories you may see during a traditional parade are condensed into this hefty hill. Between traditional dress and the odd gorilla costume, however, you will find the talleres of artisanal mask makers, who cut, mould and solder the main attractions of Bolivian folklore.

In one particular workshop, 73-year-old Saturnino Ibañez Paredes has been making masks for over fifty years. He is the maestro of all maestros. 'Young, right?' he jokes. The front room of his workshop is dizzying to the eye. Piles of masks and materials cover the walls, leaving a slim walkway to where his son is preparing a mask. Starting out as an ayudante himself, Ibañez worked for thirteen years to learn the tricks of the trade and become a maestro.

A single mask will take four days to make, with a day of preparation using moulds to cut the metal. 'You can't do anything without a mould,' Ibañez says. 'Every mask has a set of moulds, and there are many types of masks, all with a name and a dance.' Picking up a mask, he describes how ten different moulds are needed to make the characteristic features of a moreno mask: bulging eyes, an oversized panting tongue, and a pipe hanging from the mouth. The mask represents the African men that the Spanish took as slaves. It is worn in a dance called the Morenada, to mock the Spanish.

Hundreds of men in these masks dance in troupes at the big festivals, such as La Paz’s Gran Poder, where folkloristas like Ibañez most thrive. From mask makers and boot makers to musicians and locals selling food, artisans live for these national festivities. 'Everyone brings money to Gran Poder,' Ibañez explains, reminiscing about how he would spend his savings there in his youth. 'People come from all over the world to dance the Morenada. Americans, Japanese, French, Chinese – everyone dances here.' People come to Bolivia, rent a tiendita, integrate into Bolivian life and learn the dances. 'Bolivians, we are not selfish,’ he points out. ‘If someone wants to dance, go ahead. It doesn't bother us at all!'

The modern world of migration and globalisation has spread Bolivian folklore all over the world. Bolivians living abroad want to celebrate their culture through these traditional dances and they want to wear Ibañez' masks to do so. Just as appreciation for Bolivian folklore is traversing national borders, it breaking the boundaries of local generations. According to Ibañez, the change began about ten years ago, when more youths began to take part in the dances.

'Folklore is growing,' Ibañez claims. 'It will never fall.' As new generations join the trade and methods and materials change over time, so do the designs. 'There is no school where you can study these designs,' he explains. Ibañez learnt his trade from his maestro, as his juniors will from him. 'I design the masks myself, de mi computadora,' he jokes, pointing to his head.

Suddenly, he blows a whistle that scares the life out of me – and then again. Ibañez laughs. He is testing the whistle to sell it to a customer waiting outside his shop. 'Did that frighten you?' he chuckles sitting back down. 'What else...?’ he asks, as he roams from one piece of folklore to another among the piles that surround us. Then he focuses again. Taking a deeply genuine tone he says, 'I am the proudest man in the world. I am the only one who makes such good masks.'

Ibañez is humble. Like a true artist, he lives through his art. 'It is a beautiful job. Thanks to this trade I now have a house and children,' he says.

'Folklore is nothing without a mask,’ he continues. ‘You are nothing without a head,' he says, grinning. This folklorista cares about what he makes, but above all he cares for the people around him – from his family to the safety of drunken festival-goers. Working with other artisans, he has managed to ban costume materials, such as tinsel and rope, that can become hazardous during the festival’s celebrations. To him, 'folklore is entertainment, nothing more.' But it is artists like Ibañez that keep this entertainment alive. After all: 'Who doesn't like to dance a Morenada?'