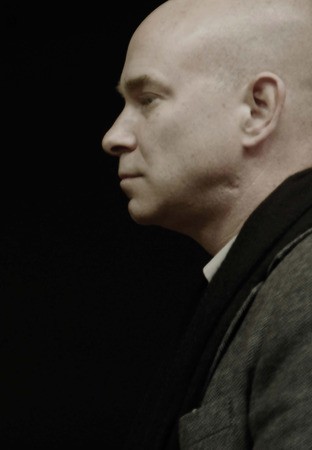 David Handel’s much-lauded tenure as the head of the Orquesta Sinfónica Nacional de Bolivia has come to an end. Helena Cavell has a conversation with him about his time here and the precarious state of the orchestra without

David Handel has led the Orquesta Sinfónica Nacional de Bolivia (OSN) for the past fourteen years. Once maligned as unprofessional by its audience and collaborators, under Handel’s stewardship the orchestra has gained respect as a talented and organised company of musicians. But his recent departure earlier this year – he’s now lending his baton as the guest conductor of the Moscow City Symphony, among other companies – has left the orchestra in a state of uncertainty and concern for its future; unaware of how to proceed following its loss, the OSN finds itself in a state of limbo.

Handel, however, retains a positive outlook for the company’s future. He hopes the work he did with it over the last fourteen years has provided the OSN with the ability to continue in the same successful vein. ‘My sincerest hope is that the values and procedures that we installed during my tenure [will] be dutifully respected by everyone. We created a level of expectation, and it is now in the hands of others to maintain or surpass that level of expectation. My tenure with the OSN de Bolivia was fourteen years, a long tenure by any standard. Therefore, my departure is probably something akin to a young man/woman’s departure from his home to go off to university. It means for everyone a change of lifestyle, ambience, but one hopes that the values which have been instilled remain present in spirit and action’.

Under Handel’s leadership, the OSN has made considerable progress. On arrival in La Paz, in 1998, he faced significant challenges, including a lack of private sector support, a lack of a permanent concert hall in which to perform, lax discipline and what he describes as ‘unprofessional standards in terms of rehearsal and concert procedures and artistic expectations . . . it obviously meant lots of dedication and hard work’. Handel’s strategy was to encourage a sense of professionalism in the company, sowing in it a ‘culture of excellence’ and demanding the highest level of musicianship the members could provide. Now, nearly a decade and a half later, the OSN is a larger company, with more skilled musicians who now play in their own concert hall, the Centro Sinfónico Nacional.

Audience attendance, perhaps the most objective way of measuring success, also reflects a staggering improvement: ‘[It’s increased] ten or eleven-fold, according to our most recent analysis’, says Handle. ‘Certainly the growth reflects the “improvements” . . . I think that the increased appreciation of “classical music” on the part of the public is in part a result of the seeds we sewed beginning in 1998, just as it is a factor of our having taken advantage of every media outlet to get the word out into the community, that we are relevant players in the community of artistic ideas, nationally and internationally’. The OSN has also reached out to communities that had not had access to, or held an interest in, classical music in the past, rather than adopting an audience that was already established.

Considering the role he played in the development of the OSN, Handel’s departure has been a regrettable blow felt by all. Some question his farewell, unable to comprehend why he would leave after such success. However, his reasoning makes it clear he feels no regret over his decision: ‘It was time . . . The relationship between an orchestra and conductor has – I believe – a life cycle, and fourteen years was a long one by any standard. I simply could not spend the necessary amount of time in La Paz that this orchestra and public needs and deserves’.

However, Handel is leaving behind some valuable advice: he believes the achievements made during his term need to be protected and built upon, and this can be achieved through an international call for the next director in a fair and open process. But Handel also seems concerned that political or personal intervention might prevent this from happening; he alludes to the OSN’s ‘historically complex environment’, implying that the selection process has not always been fair in the past. But he isn’t concerned about likely comparisons that will undoubtedly be made with his replacement: ‘Comparison is inevitable, but it also has very little importance. I reiterate that my hope is that the general values and management of professional procedures remain, but that whoever becomes the next director titular will leave his or her specific imprint. I hope that the new music director will be able to lead the OSN to an even higher level of achievement’.

Handel proved by his time here that classical music is indeed appreciated in Bolivia, something that was doubted before his arrival. ‘Anecdotally, during at least the last five years of my tenure, whenever I would enter a taxi, the chofer usually knew who I was and knew something about the OSN’. If this is the case, it would seem that classical music does have a place in Bolivian culture. Yes, there is little investment, but money, while important, isn’t the the only requisite for success: ‘Unfortunately, the training, funding and access for musicians (for economic reasons) is often lacking. The public is there and is eager for the experience. There exists in parts of Latin America a disconnect between what the population wants and what its governing authorities are willing to prioritise . . . [but] the future should prove positive’.

David Handel has equipped the OSN with a recipe to attain greatness. Financial difficulties aside, the company has the foundation it needs to continue this success. Now is the time for the OSN to prove it can continue without him. In fact, his absence could provide an excellent opportunity for the OSN to indulge in experimentation, to transform from a good company under a great director into a great orchestra in itself.