The Heartbeat of the city 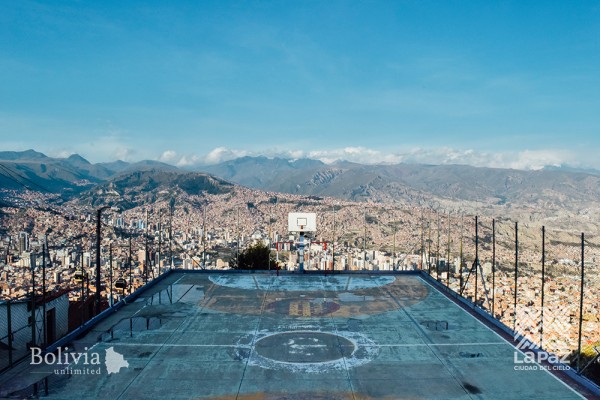 Concrete pitch in Alto Tacagua. Perched precariously on a hill well-above the city of La Paz, this pitch has breathtaking views. The chances of recovering a lost ball, however, are remote.

It doesn’t take long to realise just how important football is in Bolivia. Perhaps not known for its high quality of football, it is nonetheless followed with passion and played with intensity at all levels. In the altiplano, winners of rural leagues can expect to be rewarded with a cow. In the sprawling cities of La Paz and El Alto, there exists its own form of “Champions League”, where some “amateur” teams are known to pay for certain players. While the quality of the pitches varies enormously, it is clear that almost any possible space has been dedicated to host even the most rudimentary pitch. For many who use these pitches football is more than just a hobby, enabling some to represent their heritage, and others to earn a better life.

I tried to capture the importance of the sport at its grassroots, as well as a snapshot of the sheer variety of pitches across the two cities. 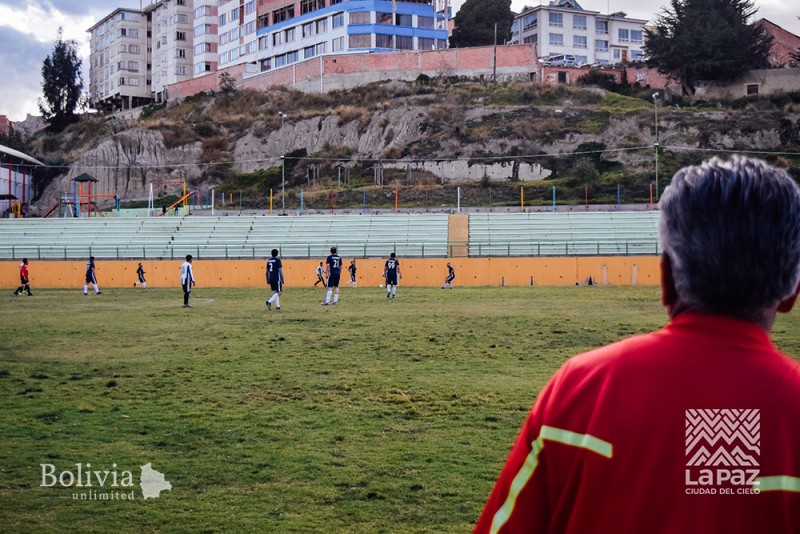 Estadio Luis Lastra in Sopocachi, the former home of Deportivo Municipal de La Paz. The hugely successful team in the 1960s, which finally folded in 2010, used to welcome up to 10,000 fans to home games. The pitch has seen better days. 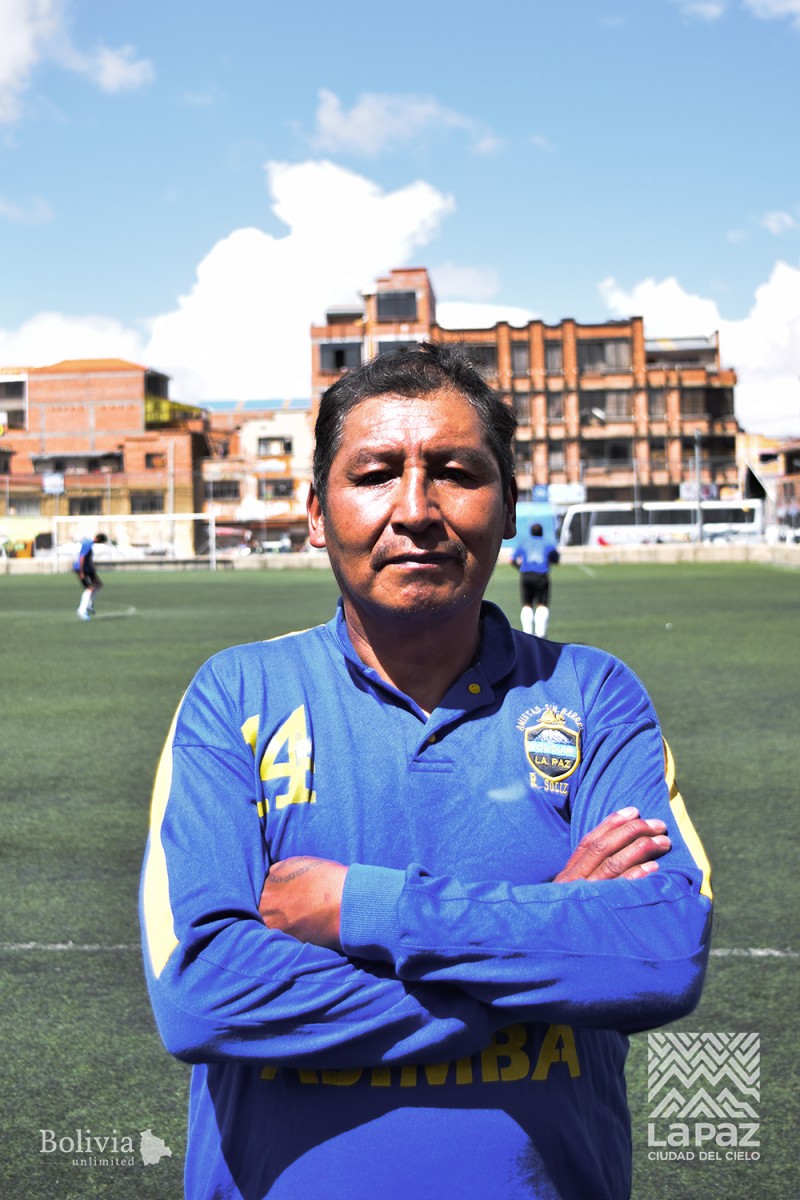 The captain of a team of former miners who have moved to El Alto. Playing in the seniors (over 50) category, what is lacking in quality is certainly made up for in desire. When asked what playing for the team means to him, Eufrasio says: ‘We carry the pride of our mining centre, Colquiri, which we represent with dignity and love. The most important thing is to carry the name in El Alto.’ 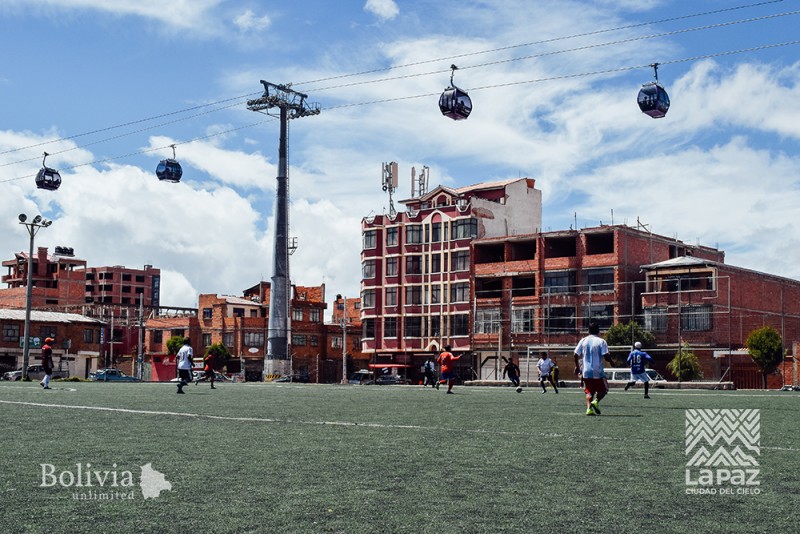 Taken around midday at over 4,000m The sun burns with a ferocious intensity, but the locals are not put off. 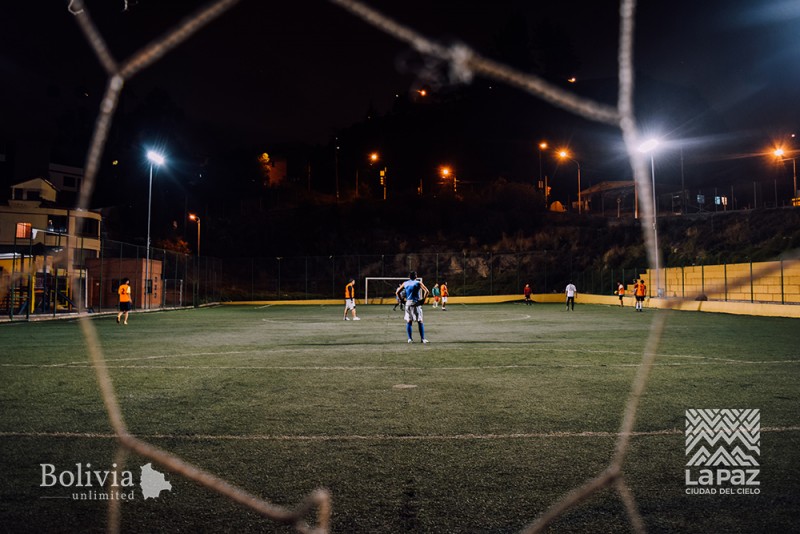 Despite the threat from lighting, they continue until one player boots the ball down the neighbouring hill. 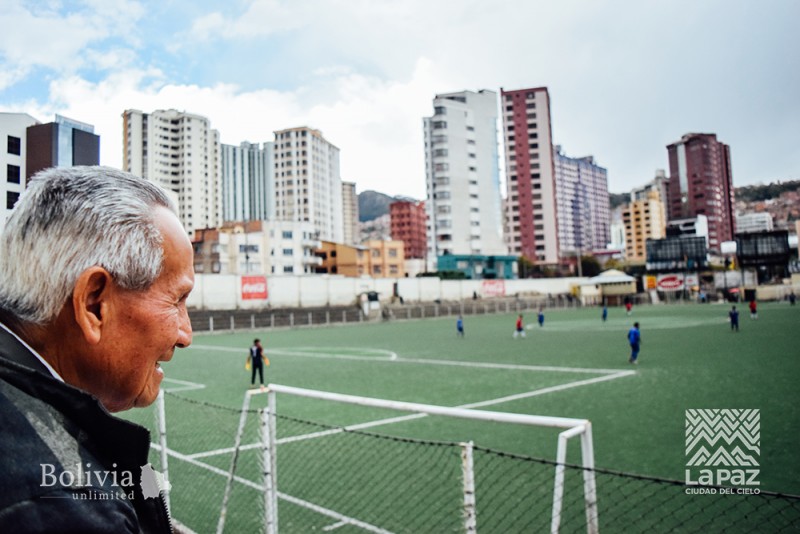 Mansilla comes to Estadio Obrero every Saturday and Sunday to watch whoever happens to play. Mansilla turns out to be a hive of info about football in La Paz. When asked why do you love football: 'Football is a universal sport.' He collects the balls tha fly into the stands 'because we love football.'