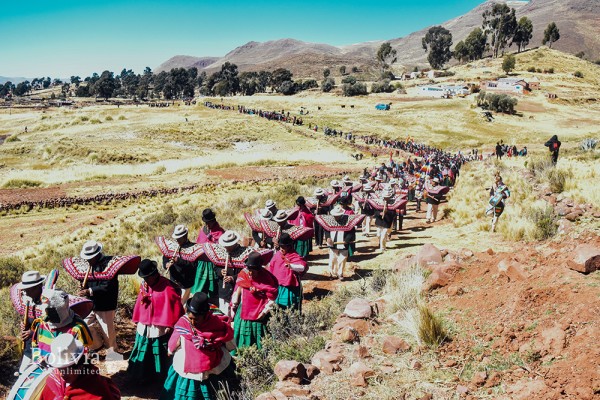 In view of the scenic Lake Titicaca a huge ceremony had assembled. Thousands of people dressed in their indigenous garb created a rainbow over the clearing. A stage had been set up adorned with a huge flag of Bolivia, large speakers on each side. The atmosphere was filled with the beating of drums, traditional chants and the smell of a many different barbecues. The excitement was only to be topped by the arrival of the guest of honour, Bolivian President Evo Morales. This was the first ever International Qhapaq Ñan Walk.

The Qhapaq Ñan, known in Western countries as the Incan Road System, was the most advanced and extensive road system within the Americas before the arrival of any European influence. Spanning an amazing 39,900 kilometres, it was enshrined as a UNESCO World Heritage Site in 2014. The road spanned six different present-day countries: Chile, Argentina, Bolivia, Peru, Ecuador and Colombia. Each of these nations had sent state delegates to represent them that day. The symbolic event was aimed at the promotion of tourism, as well as the indigenous cultures around Bolivia and the other participating nations.

Security was noticeable as military police soon began moving people to make way for a motorcade. As soon as Bolivian President Morales stepped out, the air was filled with jubilant cheers. He made his way to the main stage where he was decorated with a brown fedora, a red poncho and wreaths of flowers, and sprinkled with flower petals. Soon all were beckoned towards the path and a huge wave of people made their way onto the ancient trail. The day was perfect for such festivities, blue skies and a bright sun. The path had remained relatively untouched from the days when the Incan tradesmen walked with his llamas carrying goods such as wool, gold and food to different areas of the empire.

Spirits were high as traditional music filled the air. The walk for that day would be only four kilometers, a tiny fraction of the original road. The topography varied the more you walked. Some areas were quite flat and smooth while others wound up hills and were covered with rocks. The altitude was around a breathtaking 3,815 metres, which forced walkers to take short breaks to regain their breath. The walk ended in a small square in which hundreds of people had gathered. The area was filled with music, singing and dancing. A small bonfire was built and vendors sold an array of ice creams and drinks. The crowd soon subsided as President Morales’s motorcade left the area. Thus was the first International Qhapaq Ñan Walk. 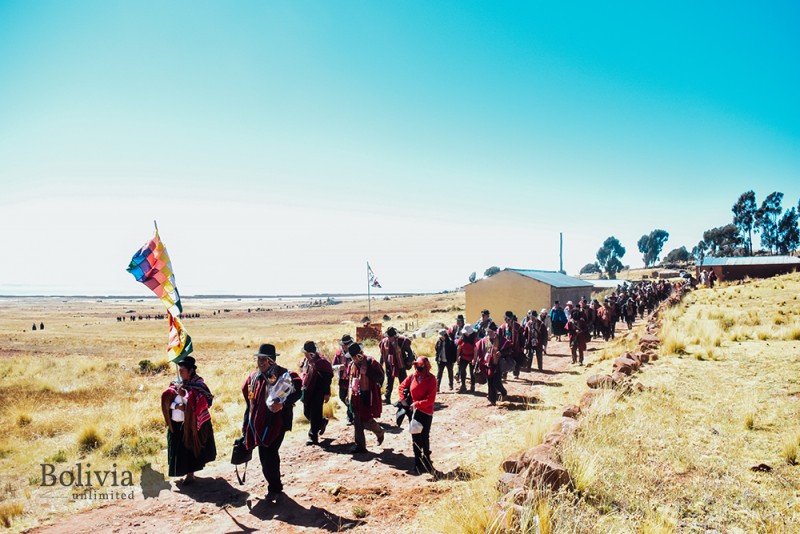