The Experimental Side of Hip Hop 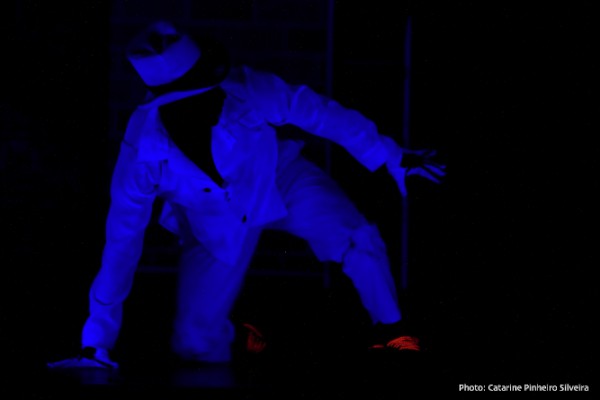 It seems, then, that the face of hip-hop – at least in Bolivia – is changing. To investigate this a little further, a few of us took a trip to an incredibly obscure-sounding ‘experimental hip-hop’ dance workshop in the Zona Sur. In a word: what?

As it happens, experimental hip- hop is just taking off in Bolivia (but apparently not the rest of the world). We weren’t there to actually take part in the workshop; instead, we had come to inter- view the choreographer of ‘The Marionette Show,’ a new dance extravaganza that combines hip-hop with various other styles (hence ‘experimental’ hip-hop). “‘The Marionette Show’ was originally performed by dance group Expression in South Korea in 2006,” Marco Olaechea explains, “but we’ve shaken things up a little bit. We’ve added a new style based on hip-hop and geometrical shapes, with a bit of tap dance and waving.”

So what’s ‘The Marionette Show’ about? Well, as Marco tells us, the main message is that no matter how old you are, you have to hold onto your imagination. Seems like a strange message to communicate through hip-hop. “Hip-hop is an attractive, universal language, so there are plenty of people who want to get involved,” says Marco, and looking at the people who’ve turned up to the work- shop, that sounds about right. “For me, hip-hop has always been a way to express love, to create art through love. It doesn’t have any- thing to do with the violence and aggression it’s often associated with.”

“A lot of thought has gone into the show: it’s been in my mind since at least last September,” Marco continues. “Actually, seven years ago I came top of a reality show dance competition, and got to stay in Chile for four months. There I met Vanessa – who helped to organise this show – and it’s been our dream to share the stage ever since.” Sadly we were unable to interview any Chileans as they were all suffering from an unfortunate bout of altitude sickness during rehearsals, but Marco assures us that there are plenty more of them – including principal dancers Claudio and Leticia. Speaking to Marco, it’s clear that he and the rest of the team are very dedicated – for one, Marco funded the production almost entirely by himself – but how does ‘The Marionette Show’ hype match up to the performance on stage?

After trailing through wind and rain to the Zona Sur, discovering that the same tickets we had booked had also been sold to another group, and relocating to the illustrious row Q (right in the back-left corner of the theatre, in case you were wondering), we were finally ready to see the spectacle La Paz had made it so difficult for us to enjoy. And we were pleasantly surprised: the show was essentially a remixed version of the film Amélie, and by ‘remixed’, we mean re- placing all the characters and the story with a bunch of scantily-clad breakdancers backed by a Yann Tiersen soundtrack trying to find a girl who is, coincidentally, named ‘Amélie’. The quality of the dancing, children and adults alike, was impressive, particularly a scene featuring dancers suspended from pieces of cloth. Through ‘The Maronette Show’, we finally learnt the true meaning of experimental hip-hop (maybe someday you will, too). We can only hope that the show’s six-year-old star – who has been practising yoga since she was three and wants to be a dolphin when she grows up – appears on stage sooner rather than later (I don’t know about you, but I’d be interested in seeing a dolphin attempt experimental hip-hop. Give it a few years).