The evolution of NamasTé 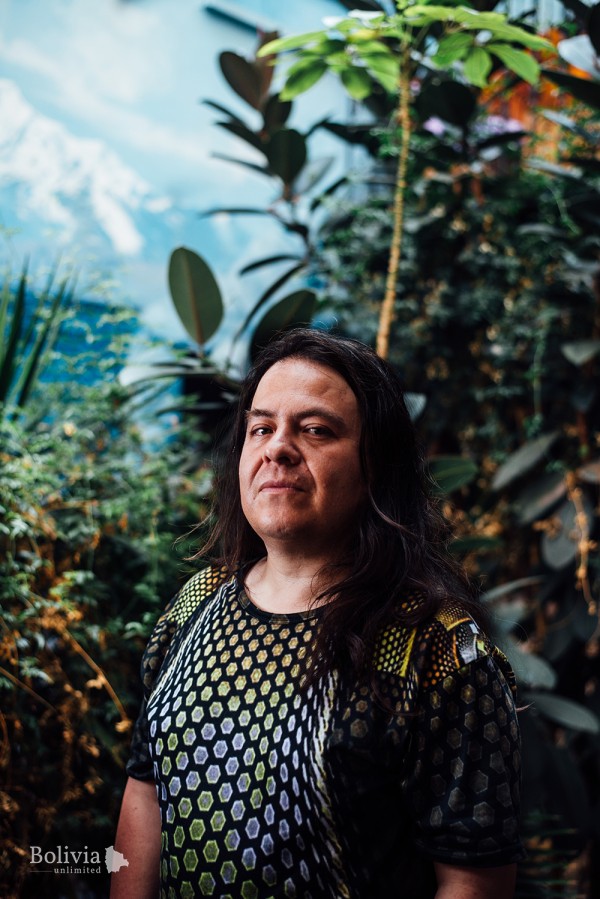 Paul Jove’s soft, measured voice rises over trance-like music as he explains the origin of the psychedelic artwork adorning the back room of NamasTé, a vegetarian restaurant in La Paz. When Jove (a.k.a. Pituko) bought the building in 2005, it was a dingy bar with darkened windows that has since passed through many transformations. The space has served as a tea-shop, a yoga room, a workshop space, a venue for electronic and reggae parties and art exhibitions as well as a restaurant serving delicious vegan and vegetarian lunches.

The trajectory of NamasTé reflects Pituko’s personal growth. First and foremost he was, and still is, an enthusiastic DJ and avid fan of electronic music. From 2008 to 2011, Saturday nights at NamasTé saw a health-conscious restaurant metamorphose into an exclusive, late-night party venue for paceños with discerning music tastes. Pituko, however, lamented the commerciality and excessive attention that these parties generated so he decided to cut down to monthly, then yearly and then hosted events even less frequently at the venue. In its current state of evolution, NamasTé is a relaxed lunch restaurant and Pituko is concentrating on playing house and techno music on weekends at a variety of venues across La Paz.

The pillars of NamasTé are creativity, family cooperation and heightened awareness.

Although Pituko discontinued the NamasTé parties to separate his double-life of vegetarian restaurant owner and electronic music producer, the aesthetic and music in the restaurant still indicate his keen interest in electronic music. He was a musician and DJ in the United States before coming to Bolivia in 2005. His dedication to vegetarian food and animal rights came later. His career as DJ and music producer is the manifestation of his personal passion. The driving force behind NamasTé is his love and respect for his family.

Surprisingly enough, Pituko was not a vegetarian when he opened up NamasTé. It was his sister, an animal rights lobbyist and activist in the United States, who suggested he only serve vegetarian food at his restaurant. As a sign of support, Pituko acquiesced and began his journey into lobbying and fighting for animal rights. In 2011, he began to eat a purely vegetarian diet himself and in 2012 he started offering vegan options and reducing dairy products across the menu. In a similar vein, when his father contracted coeliac disease, Pituko began researching gluten-free alternatives and slowly reduced the use of gluten in NamasTé’s products. From the rave-coloured murals painted by his brother and friends, to the philosophy behind eating a vegetarian diet, the pillars of NamasTé are creativity, family cooperation and heightened awareness.

‘There has been a conscious shift towards vegetarianism over the past five to seven years,’ says Pituko, as he applauds the ongoing work of La Paz’s stalwart advocates and producers of vegetarian food. But just as he passes on the ethical nutrition baton, he picks up another, and this one glows in the dark. Pituko is a multifaceted man who embraces challenges. As NamasTé settles comfortably into its current form, he is already itching for his next transformation.

But as he passes on the ethical nutrition baton, he is picking up another, and this one glows in the dark.

As cofounder of San Pedro Music, an electronic music record company, Pituko’s sights are set on creating high quality electronic music events in La Paz. He realises the current nightlife laws in the city pose a challenge for this dream, which is why he aims to organise semi-private gigs in the altiplano wilderness and return to the basics of the electronic movement. His voice rises as he recounts tales of travels, plans for records and his DJ career in Cambodia, Vietnam and Thailand. NamasTé may no longer be the hub of activism and hedonism that it once was, but there is no doubt that Pituko will carry on innovating, growing and creating, whether it be via a vegetarian restaurant in La Paz or the decks at full moon parties in Thailand.