THE ERA OF DIGITAL DATING 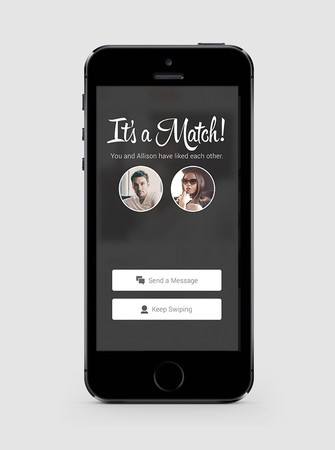 Finding Love in the Palm of your Hand

Swipe left, swipe right; left, right, left, left, right. Anyone who’s been looking for love in the past couple of years (and hasn’t been hiding under a rock) will realise what I’m doing. Yes, it’s Tinder. And it’s landed here in Bolivia.

I find myself being indulgently judgemental as I flick through the profiles of potential date matches in La Paz. Swipe left, no. Swipe right, like. Sure, I’m a foreigner in this city, but whoever said you can’t judge a book by its cover?

The mobile dating app Tinder is deliberately designed for that purpose. Its unique formula has catapulted the application to global success since its launch in 2012. In essence, Tinder has turned online dating into a game. It allows users to search casually for a romantic interest without the risks traditionally involved in online dating. You just never know if you’ve been rejected.

In the US and Europe, the long-standing social stigma of online dating is finally fading. When I arrived in Bolivia I simply assumed this would not be the case here, due to limited access to the Internet and cultural differences. More and more people across the globe are turning to the web to find love and other interests, but has this trend stretched as far as Bolivia?

In an interview with the magazine TechCrunch, Tinder co-founder Justin Mateen revealed that his company is ‘really focused on international growth right now’. The numbers speak for themselves. Daily swipes on Tinder across the globe have doubled in the past six months, from 600 million to 1.2 billion. But how many of these new swipes are happening in Bolivia?

There’s reason to believe that more and more people in Bolivia are looking for love from the palm of their hand. The number of smartphone users in the country has more than doubled on a yearly basis since 2011, according to the Autoridad de Regulación en Transportes y Telecomunicaciones. This kind of rapid growth seems to be fueling changes in the dating scene here, giving thousands of people access to mobile dating apps like Tinder.

At least it felt like thousands of people when I went undercover, launching a profile of my own on Tinder for the very first time. “Congratulations!” became the only thing my phone could communicate for the next few hours. “You have a new match!”

I’d obviously swiped right too many times. As my phone pinged and whirred at minute-intervals, it didn’t take long for me to realise that I was in over my head. After the initial ego boost, trying to juggle conversations with thirteen different men at the same time became overwhelmingly stressful. The fact that they were all located within a 3km radius of me triggered a worry that I’d be recognised by them simultaneously the next time I walked down the street.

Whilst wading through some of the more inappropriate comments that were invading my cellphone screen (‘yo te podría calentar’, for example), it became obvious that most Tinder users are all about fast love. In fact, everything about the mobile app is fast: from launching your profile at the touch of a button, to swiftly swiping the screen to play the game. Love matches pop-up instantaneously. You could go from ‘single’ to ‘in-a-relationship’ in sixty seconds.

Behind the guise of my brand new profile, I quizzed a few of my online “dates” about why they were using Tinder. One user in La Paz, who wished to remain anonymous, confided that ‘it’s important for your self-confidence and ego, to know that people are interested in you.’ This must be part of what makes Tinder so addictive. Unlike other platforms for online dating, Tinder is like a game, which is what hooks its growing number of users. Ironically, even though the app is designed to help people find a date quickly, it actually entraps its users into spending more hours staring into a screen.

In Bolivia, the lucky ones who manage to find love through this novel platform must go on to face the prejudice of the world beyond their cell phone screen. As one of my online courters told me, ‘relationships that start by these online means are still not well seen in Latin America’. This hasn’t detracted from Tinder’s popularity in La Paz though. It seems the promise of finding love in a hurry, has captured the open minds of a young and curious generation.