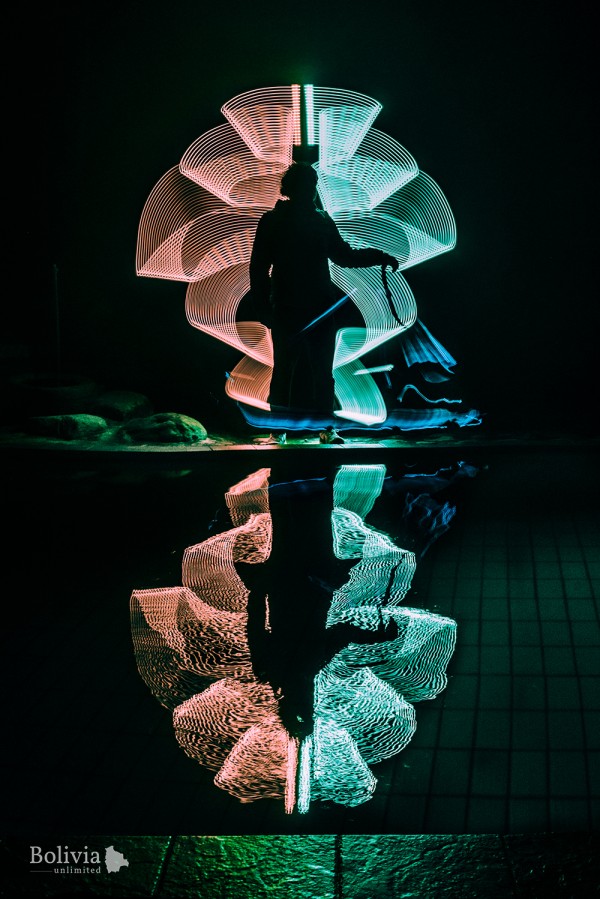 In Bolivia, all things must have their complement.

In Andean philosophy, everything has a complementary partner; that is, everything is composed of the concepts of male and female – people, animals, plants, and even objects such as rocks. At a specific point, these two aspects are joined together to build a relationship that is equal and complementary. This is the case with chacha-warmi. (Chacha means ‘man’ in Aymara, and warmi means ‘woman.’)

In her article ‘Chacha-Warmi: The imaginary ideal a daily practice’, Mireya Sánchez, a Bolivian philosopher, states: ‘To better understand the concept of chacha-warmi, you need to understand that the fundamental principle that Inca society was built on was one of duality, established since mythic times around a divine pairing (sun/moon–chacha/warmi).’

We can understand chacha-warmi as a dichotomous concept, of two objects that are different but that complement each other and create the same energy. This idea has been passed down, generation to generation, in the Andean tradition to the modern day. For example, in certain communities when a leader is chosen, they must be accompanied by a partner so that they can govern according to this concept of duality.

In the 21st century, certain elements of the practice might seem questionable to us. ‘If you are going to be a mallku and you don’t have a partner, then you have to unite with either your mother or your sister, or vice versa. Everything and everyone must be paired. This is chacha-warmi, the two elements of jaqi,’ says Elias Ajata Rivera, founder of the Aymara Yatiqaña group. The jaqi would be each individual that, when they marry, conform to jaqichasiña.

Bolivia’s identity is based on the values of multiculturalism and multilingualism and, as a result, its ancestral practices are considered invaluable. On one side, the Bolivian constitution stipulates that men and women are equal before the law. On the other, the concept of gender doesn’t solely refer to men or to women; there exist various national, community and familial norms.

The fundamental principle that Incan society was built on was one of duality.

In recent years, the pride in and the empowerment of ancestral customs has reemerged in people’s everyday lives. Of course, La Paz, also known as the city of wonders, as the seat of governmental power has a responsibility to ensure the support, recovery and analysis of the county’s diverse cultural practices.