THE DEVELOPMENT AND FUTURE OF PROFESSIONAL FOOTBALL IN BOLIVIA 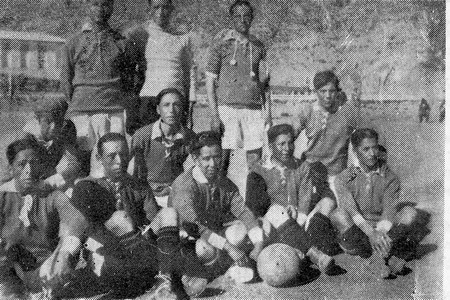 Today, South America produces some of the best football players in the world. Such is its footballing success that Joseph ‘Sepp’ Blatter, FIFA’s president, pointed to South America as the ‘Old Continent’ of football. In Bolivia, however, professional football finds itself at a significantly lower level than in many other South American countries. Is there any particular reason for this? Given that Bolivians play as much football as their neighbours, where have they gone wrong?

British expansion in South America during the 19th century brought football to the continent alongside the railways. From the 1870s onwards, British railway construction employees would play football after work. Historically, railways have been a failure in Bolivia; today most trains are out of service. Nonetheless, the tracks themselves remain anchored to the ground. Football, similarly, has become rooted in Bolivian tradition and, although it cannot be dismissed as a failure, its development has been plagued with difficulties.

Football first gained popularity in South America in Brazil, Uruguay, Argentina, and Chile, where British presence was most significant. The early-20th-century Argentinian journalist Juan José Soiza Reilly remembered observing a group of fair-skinned men kicking a ball around in the suburbs of Buenos Aires. He asked his father who they were, to which he answered, ‘Crazy English people’.

Bolivia, a landlocked country surrounded by mountains, took longer to adopt this sport. The country’s geography has been a setback for the development of many activities, and football is no exception. The British presence in Bolivia was far more limited than in other countries, mainly centred around the country’s mining regions, which affected the development of Bolivian football.

The iconic Latin American chronicler Eduardo Galeano talks about the English influence in Argentinean football in Futbol a Sol y Sombra. He notes that a football player could be forgiven for committing a foul only if he was able to excuse himself in ‘proper English and with sincere feelings’. Argentines knew and played football according to the professional rules of the time, but this was not the case in Bolivia. The absence of British presence meant that rules were improvised in many circumstances and, in most cases, Bolivians would opt to invent their own. Even today, Bolivian professional football has some variables that aren’t always consistent with standards around the rest of the world. For example, a few years ago, Bolivia had the youngest player in the National League, making his debut at the age of 12. Today, Bolivia is about to possess the oldest player and the first head of state to play in a professional league. President Evo Morales, 54, will play for ‘Sport Boys’, a Santa Cruz–based club in the Bolivian Primera División starting from next season.

The professionalisation of football came late to Bolivia. Compared to its neighbouring countries, Bolivia often struggled to keep pace. Argentina founded the Argentine Football Association League (in which the members would communicate exclusively in English) in 1893, while Bolivia established its own league in 1925, more than 30 years later. And while Brazil had already witnessed official football matches between the British Gas Company and the São Paulo Railway, in 1895, Bolivia did not even have a team — its first, Oruro Royal, was founded in 1896. Indeed, Bolivian football remained at an amateur level until the mid-20th century. Today, there is an underground football league, whose members, known as los Siete Ligas, are very skillful players but are unable to break into professional football.

Mario Murillo, a sociologist specialising in Bolivian football, argues that a white elite has always run the game. This social class, according to Murillo, would discriminate against players for their surname and skin colour. Even though there were excellent players of Aymara and Quechua ethnicities, they were not even considered by the professional league. This colonial racism is no longer so prevalent today (although it remains entrenched, to a certain extent), but it has stunted the development of professional football.

Back in 1904, a club was founded in La Paz—The Thunders—composed of young men from the upper classes of the city. All of its members had the opportunity to study in Europe, where football was widely played. The Thunders were the pioneers of football in La Paz, and, due to their social background, it was seen as an upper-class sport. The Strongest, another paceño club, was also founded on similar grounds that allowed for no social integration; it consisted of a group of middle-class friends who had recently finished military service. This tended to hinder the spread of football to other social classes and small communities throughout Bolivia.

Is There a Future for Bolivian Football?

The future of Bolivian football relies on a crucial combination of advanced infrastructure and a passion for the game. In Bolivia, a significant lack of the former means that football is not taken as seriously as it could be. For Bolivia to transform into a successful footballing nation, both elements must coexist.

Watching a Siete Ligas match, one is struck by the paradox between the intense emotional involvement and the distinct lack of appropriate infrastructure. In El Tejar, a region in the north of La Paz, a match was played on a cramped, uneven surface with holes in the nets—almost comparable to a children’s playground. However, with a scoreboard, shirt sponsors, a pedantic referee who gave out yellow cards for incorrect shoes, halftime team talks from gesticulating coaches, and a crowd of at least 150 spectators perched on crumbled-down walls, passion for grassroots football is alive and well. Rather, it is the absence of professional funding that is holding Bolivian football back. Similar to how certain clubs are paralysed in Liga Nacional B for not meeting stadium requirements, Bolivia cannot progress into the top league because its infrastructure is unable to match the levels of involvement and interest.

The ex–Brazilian manager Carlos Alberto Parreira noted: ‘Today’s football demands magic and dreams, but it will only be effective when combined with technique and efficiency’. Solutions could start with a greater distribution of football academies covering the more remote areas of the country that would teach the tactical basics of the game. A structured network of scouts could be employed to recognise and nurture talent from a young age. Moreover, gym training and nutritional advice have become increasingly vital to a player’s physical development, and must be valued. These factors helped lead Argentina to excel in the sport, so why shouldn't this be the case with Bolivia?