The Design of Flavour 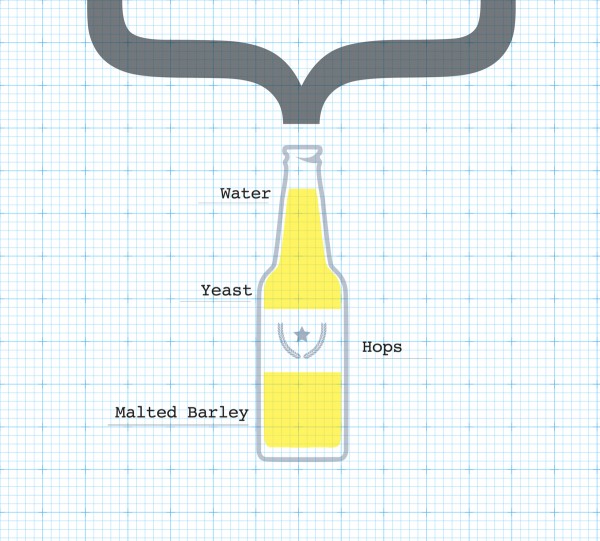 ‘I want drinking beer to be an experience.’

‘You mess around with recipes and different ingredients, and you can taste something completely new.’

A small, inconspicuous door at the end of Calle Belisario Salinas in Sopocachi leads into a dimly lit room resonating with the Beatles’ greatest hits. Tubs of barley and aged barrels litter the shelves of Abbey Road, a bar that has been serving some of Bolivia’s finest artisanal beer for over four years.

Something spectacular is happening here – a revolution, of sorts. Beer has been reinventing itself. Small breweries are refreshing, reviving and changing beer culture as we know it.

You’d have to go back 70 years to find as many breweries across the world as we have now. From Czech-style pilsners to peppy India Pale Ales (IPAs) and stouts, there’s such an incredible variety that if you think you don’t like beer, there’s still hope. La Paz’s craft brew scene is currently being proliferated by both Bolivians and expats, and the Bolivian mainstream lager is being shaken up.

The diversity of climate in Bolivia makes for an impressive variety of beers. In the fertile coca-growing valleys of the Andes, white beers prevail over the stiers of Cochabamba. In the tropical lowlands, high-carbonated beers give way to the wheat-heavy brews of Santa Cruz.

Jaime Andres Sánchez, the founder of Abbey Road, learnt his trade in Cochabamba and began making artisanal beer 10 years ago. He now sells beers from all over Bolivia, and continues to brew his own. ‘I set out to produce artisanal beer as a completely different product,’ he explains. ‘There’s much more flexibility with flavours and ingredients in craft beer. I was looking for something that could be enjoyed on the merit of its taste.’

Defining craft beer is infamously difficult. You can’t restrict it to a list of ingredients or type of packaging. It’s antithetical to rules, and any attempt to define it is a retrograde step. Craft beer’s aim is the design of flavour; defining it will swap quantity for quality, and stifle innovation. It can only encourage a conservative mindset.

As the Bolivian gastronomy movement gains momentum, brewers have been rediscovering the roles that traditional ingredients can play. Multiple breweries offer quinoa (and even coca) beers, but the learning curve is still steep. Many of these still have the quality of experiments designed as novelty products for tourists.

I ask Jaime why he chose La Paz, a city with notably fewer microbreweries than its urban counterparts in Bolivia – Cochabamba, for example, produces more artisanal beer than anywhere else in the country.  ‘People are cosmopolitan in La Paz, so I thought I could introduce a higher-quality product without having to worry about branding,’ he reveals. ‘After all, I just want to teach people about beer.’

Indeed, educating people about the benefits of drinking craft beer is high on the agenda of its promoters. In Sucre, I spoke with Marcelo Villa Salinas, the owner of Goblin Cerveza Artesanal. ‘The culture of artisanal beer in Bolivia is just starting,’ he tells me, smoking a cigarette and sipping from an amber-coloured beer that he makes on site. ‘We need to teach people about the brewing process to make craft beer more commercially viable.’

For Jaime, microbreweries are a fail-safe option for young entrepreneurs. Established companies teach new brewers the best practices to reduce spoilage, and unlike other industries, home brewing experience is enough to get started. With low operational costs, immediate sales and potentially lucrative margins, it’s easy to see why the number of craft breweries operating in the U.S. has more than doubled in the past seven years.

The manufacturing process remains laborious, however. I meet with Jorge Flores, known by his friends as Coco. He’s a budding brewer from La Paz who makes and bottles his own beer using online tutorials. ‘For people with little experience like me, producing beer is not easy; it’s a trial-and-error process,’ he reveals. ‘There are so many variables that you have to control: which malts you mix, the tonality of the beer, the type of yeast you use, the temperature during fermentation, the amount of gas you add to the liquid and the pasteurisation.’

Jaime also recognises the difficulties involved in homebrewing. ‘The stability of the product and how it keeps is the hardest thing to control,’ he says. ‘When you make beer, you have no idea how it’s going to turn out, and this is something you have to realise as a producer.’

In spite of the efforts of people like Jaime, Bolivia’s artisanal beer scene remains underdeveloped. No one I talk to is able to give an explanation for the lack of hop cultivation or draught beer here. All three men are shocked when I tell them about the omnipresence of IPAs and taprooms in England.

Jaime acknowledges that the fight for craft beer in Bolivia has only just begun – teaching  people to differentiate between a stout and a Paceña will take time. ‘I am slowly managing to teach people and get loyal clientele, but some people still come in asking for Huari and Corona,’ he reveals. With mainstream lager sales taking 94% of the Bolivian market share in 2014 (and a monopoly on exportation), an age of exclusively artisanal beer-drinking seems a long way off.

Yet Jaime’s passion for his product is infectious. ‘I want drinking beer to be an experience,’ he tells me. ‘I’m selling a concept and showing people that they don’t have to be scientists to make their own beer. Brewers are a community of people who want to try new things and share them with others.’

Marcelo sees that ground is being made. ‘When I started, I could count the number of microbrewers in Bolivia on one hand – 90% of my customers were tourists,’ he says. ‘But now people are learning, and half of the people who come here are Bolivians.’

Globally, traditional low-cost beers are going out of style. According to Anheuser-Busch’s own data, 44% of people between the ages of 21 and 27 have never even tried Budweiser. Dutch brewing company Heineken recently bought a 50% stake in US-based beer maker Lagunitas Brewing Co. to expand into the artisanal beer industry. Corporations are scared, and rightly so: the face of the industry has changed, and Bolivia seems to be moving with it.

A large part of craft beer’s appeal is that anyone can have a go. ‘Brewing’s just like making a soup,’ says Coco. ‘You mess around with recipes and different ingredients, and you can taste something completely new.’

The future of Bolivian beer may not be blonde and bubbly, but it is bright. A new idea has arrived.

Abbey Road is located on Calle Belisario Salinas, on the corner of Andrés Muñoz in Sopocachi (two blocks up from Plaza Avaroa). It’s open on Thursday and Friday from 7:30 pm to 1:30 am, and
Saturday from 8:30 pm to 2:30 am. 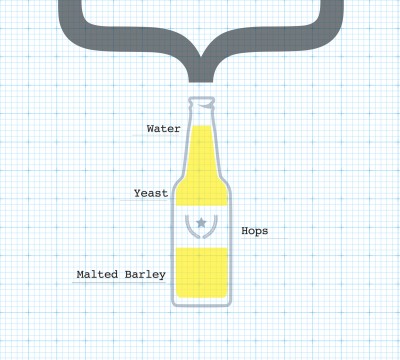 To find out more about homebrewing in Bolivia, check out the Embracing Limitations blog at orientebrewolero.wordpress.com.