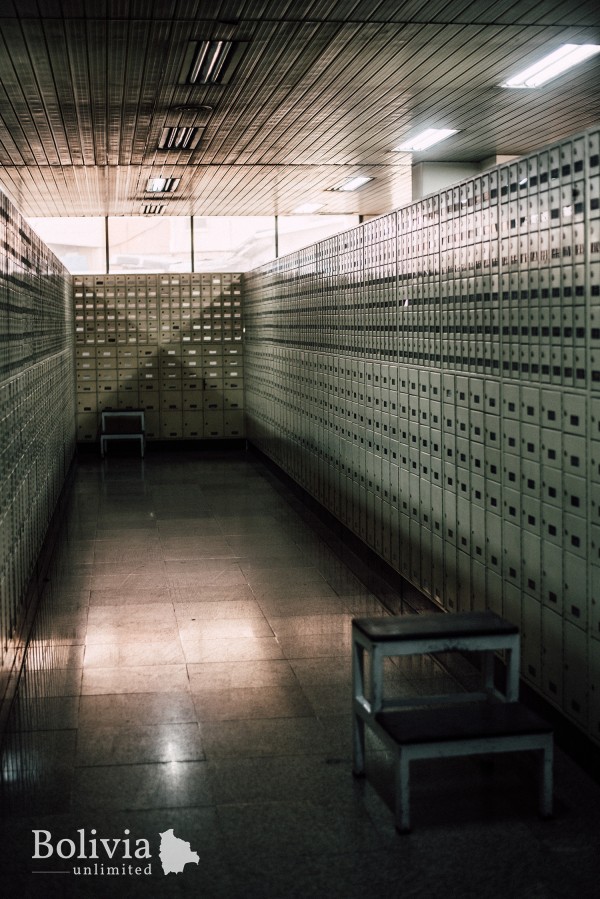 If you’ve tried to send postcards, letters or packages from Bolivia in the past couple of months, you may have encountered some difficulties – and this for a tragic yet very simple reason: The Bolivian post office has closed.

On 1 March 2018, the government announced via Supreme Decree 3495 that the Postal Company of Bolivia (ECOBOL) would be permanently closed due to massive debt. According to the La Paz–based newspaper La Razón, ECOBOL had accumulated an impressive 37 million bolivianos –  about 5 million USD – of debt in unpaid taxes in the last 20 years. And that’s just the minimum – some other sources report a debt of 200 million bolivianos. More alarmingly, 30 tons of undelivered parcels were sitting in ECOBOL offices around the country as of 1 March 2018, and over 300 workers were left without a job.

However, the decree also announced the creation of a new agency to replace the defunct ECOBOL, the Agencia Nacional de Correos, which is meant to take over the operations and modernise the service. To date, the new agency has been busy dispatching the undelivered letters and packages to a disgruntled population that has been waiting in some cases for over six months to have their packages merely identified.

Receiving packages and letters in Bolivia has always been an unpredictable affair, due to several factors. First, there are no postmen in Bolivia. ECOBOL used to contract private couriers, and official documents were also delivered via private companies; the profession of postman never quite existed here in the same way as in other countries. Second, Bolivian houses don’t have mailboxes. Some residences have a small slit in their doors, allowing for letters to be passed through, but buzones are not commonplace. And postal codes? They are just not used. Delivery waiting times vary from weeks to months, and where I live, bills and official documents are usually dropped on the ground on the other side of my front gate. It’s quite easy to overlook the mail as it just lies unattended on the concrete and is exposed to the elements, or the wind blows it into the rose bushes. (Maybe this is how ECOBOL accumulated such heavy debt – it never received its bills!)

It would be easy to blame the advance of online shopping and private couriers such as Amazon and DHL, but it seems that ECOBOL’s debt is more than the result of simple financial trouble and poor management. Bolivia’s crisis feels more atemporal. The postal system never really quite worked properly here. And the closure of the post office happened quietly, to general indifference from the Bolivian people. No one seemed surprised, nor did they seem to care, and when discussing the topic with other Bolivians, I’d receive confused and intrigued looks from them, as if they were saying, ‘Why does she care so much about the post office?’

Perhaps there’s a reason for that. The postal service never quite worked here – it’s always been a system imposed onto a culture that never really needed it. The main post office was always this odd place that existed, sure, but I would never venture there, unless to show how out-of-this-world it looked like. And maybe modernity did play a role: Instead of sending letters, people now use WhatsApp to get in touch with family and friends, and when sending packages, the most common way has always been the encomienda, in which bus companies drop parcels off at corresponding terminals for the receiver to collect.

Eventually, and under a new name but located in the same premises, the postal service will fully resume its activities. Meanwhile, modernisation of the system is overdue and maybe – just maybe – a new postal service could allow Bolivia to be better connected to the world and to each other.