THE CREATION OF LITERARY WONDERLANDS: TRENDS AND TENDENCIES 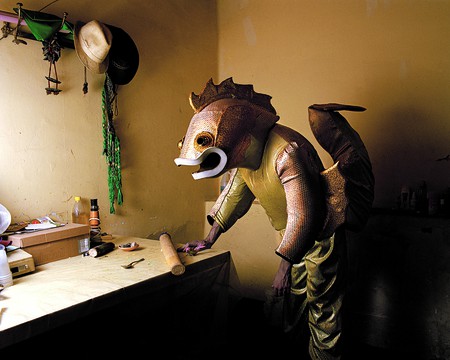 From C.S Lewis’s The Chronicles of Narnia through Cortázar’s Ajolotes, supernatural worlds are in abundance in literary works. But what makes a literary wonderland tick? If we take a look at British and Bolivian creations, what do we find underlying them all?

Alice goes down the rabbit hole and through the looking glass into a parallel world where all norms are discarded. Likewise in the Bolivian legend La Laguna Dorada de Corocoro (The Golden Lagoon of Corocoro), the reader is drawn into the depths of a lagoon and out the other side to the Ciudad del Encanto (Enchanted City), a metropolis made of gold and silver not meant for human sight. Like other literary worlds that only make themselves known to the lucky protagonist, be it Alice, the Pevensie family in Narnia, or the first-person narrator in Ajolotes, the Enchanted City rises from the depths once a year during the luna menguante. Those fortunate enough to see it fall in love with its beauty. Inevitably, by dangling marvelous, imaginary lands in front of the reader’s eyes, the story hints at the possibility of escaping the chains of reality and fuels the appeal of the other world.

The inhabitants of these worlds are familiar too. La Laguna Dorada de Corocoro gives us giants, who have built the Enchanted City. Ring any bells? Alice both shrinks and grows, not always of her own accord. She also has to deal with the blurring of human-animal forms. The Caterpillar is a visual paradox, a human encased in caterpillar-like exterior, and babies in the story have a tendency to turn into pigs. In the Bolivian legend El Bufeo (The Dolphin) a couple bathe together against the rules of their religion. They are punished by turning into human-fish hybrids, while in Ajolotes (Salamanders) the human protagonist moves imperceptibly from the outer-side of the fish tank to within an Axolotl fish itself.

Animals with human personalities and special powers roam free. I’m thinking of the Cheshire Cat now: He’s mischievous with a grin that gives him away, and he conjures up a good disappearing act— his head, body-less, hovering above the Queen of Heart’s croquet pitch— hovers in my own mind. The chinguero bird from the Bolivian Cuentos de Pájaros (Bird Stories), shares the Cheshire Cat’s gusto por el chisme, snooping around and antagonizing other characters by spilling their innermost secrets— the stuff of playground nightmares. Meanwhile, the duende juguetón, a playful spirit, has perfected dissolving into thin air over the many years this legend has been whispered.

Behind the vibrant stories we’ve already been introduced to is the key factor of mistaken identity. Look no further than the conejitos, in Cuentos del Conejo (Rabbit Stories), who disguise themselves to trick their predators, the foxes. Although we might rush to associate the White Rabbit with his infamous obsession with time, his confusing Alice for his maid drops him right in the centre of the identity question. He drives Alice to lose her sense of self: ‘I knew who I was when I got up this morning, but I think I must have been changed several times since then’.

It seems we have a series of transformations then: Real worlds to fictional worlds; growing and shrinking; human-animal conversion; appearances, disappearances; and identity makeovers. These transformations, just like the fictional wonderland that ignores all human limitations, appear to be ignorant of the boundaries between oral and written literature, the ancient and the modern, the Western and the South American. Or perhaps ‘boundaries’ is the wrong word. Maybe these supernatural worlds present us with a united human imagination, making any talk of boundaries just fuzzy stuff. Now who’s the one imagining things?