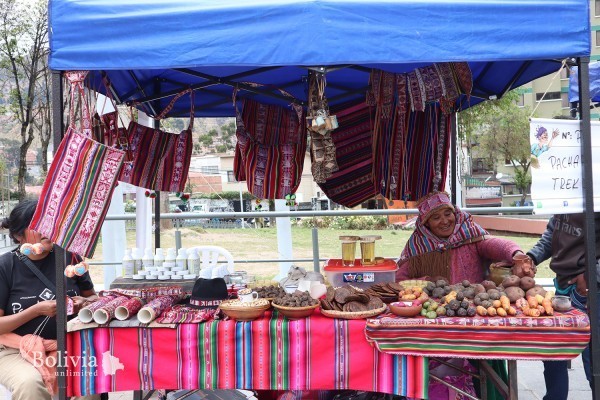 Going Out, Food and Lifestyle

Healthy eating and sustainability find a champion in La Paz

On 6 October, the fifth annual Festival de Comida Consciente took place in La Paz’s Plaza Villarroel. The Conscious Food Movement co-organized this festival between various organizations, projects, ventures and people that are part of the movement.  The movement has other initiatives like Programa Integral de Comida Consciente (PICC), a wellness programme that also seeks more sustainable food systems La Casa de les Ningunes, one of the co-organisers, is a communitarian project founded in 2012.

PICC spokesperson Maira Peters explained the idea behind the festival: ‘We chose to talk about food, because it is part of our everyday life, everybody is concerned and it affects everyone.’ The festival started six years ago with just a handful of vendors, but now that more and more Bolivian companies are using organic, locally-sourced and sustainable products, the number of participants has grown exponentially.

The PICC’s purpose is to promote sustainable food systems and healthier eating, in addition to raising awareness of animal exploitation, responsible consumerism, climate change, food security and sovereignty and Bolivia’s gastronomical heritage. Businesses or initiatives that conform to these these principles are welcome to join the PICC.

At the festival, there were over 100 vendors, most from the La Paz area and the Yungas, but some from regions as far-flung as Tarija. All offered vegetarian, locally-grown and tasty food options such as pizzas, tucumanas, coca ice cream, tacos, red velvet cake and more. La Paz’s restaurants and cafes were heavily represented, but small-scale initiatives from altiplano villages were also in attendance. Even some kallawayas, traditional Andean healers, were present. There were also cosmetics stands and local fruit and vegetable producers sold their products.

The variety of options is what gives the gathering such strength. As Peters said, it’s essential that everybody is included and has a space to express themselves. And although all animal products would ideally be avoided in any ‘conscious food’ festival, the offerings weren’t strictly vegan. ‘I think some of the stands use cheese,’ Peters said. ‘It’s OK. Everybody is welcome here.’ And the prices were affordable, something that Peters insisted on. ‘People have this image that “healthy” food is more expensive,’ she said. ‘We want to show that it is accessible to all, which is why prices have to remain low for this type of event.’ Indeed, main courses cost only Bs20 to Bs25, and snacks and desserts were even cheaper.

‘People have this image that “healthy” food is more expensive. We want to show that it is accessible to all.’ 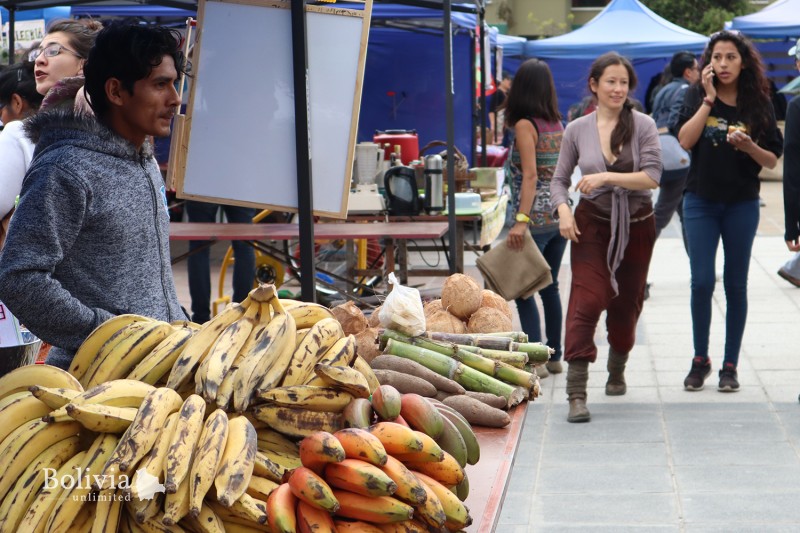 For those who don’t want to wait a year for the next festival, La Casa de les Ningunes organises a traditional (but vegan) Bolivian apthapi every month. It also offers yoga classes and workshops on conscious foods and other related topics.

For more information, go to facebook.com/lacasadelosningunos