The Cherry of Los Yungas 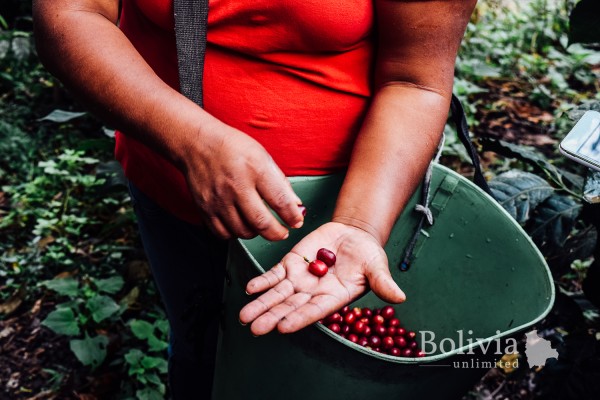 With small-scale growers and a vibrant café culture, Bolivian coffee is coming into its own

Millions of people around the world crawl out of bed each morning desperate for their first cup of coffee. Whether it’s with an ink-black Americano, a frothy macchiato, an elegant café au lait or a cup of instant, we all have our own favorite brews, rituals and customs when it comes to getting our caffeine fix. This small cherry originally from the mountains of Ethiopia has gone from being a sacred and luxury product to the world's second-most sought-after legal commodity, transcending all class and cultural barriers. Coffee and coffee shops have become an integral part of urban living, evidenced by their omnipresence in ‘good morning’ posts on social media and the growth of local Bolivian chains such as Alexander, Copacabana and Typica (with the latter being voted the best coffee shop in South America by Big 7 Travel). In spite of recent changes, Bolivian coffee culture is frequently characterised by the popularity of imported instant coffee there.

The obscurity of Bolivian coffee is not a true reflection of its quality or potential; rather, it’s largely due to the small scale of production throughout the country. ‘We import something like three times the quantity [of coffee that] we export,’ Fabio Arandia, one of the four founders of Café Typica, says. 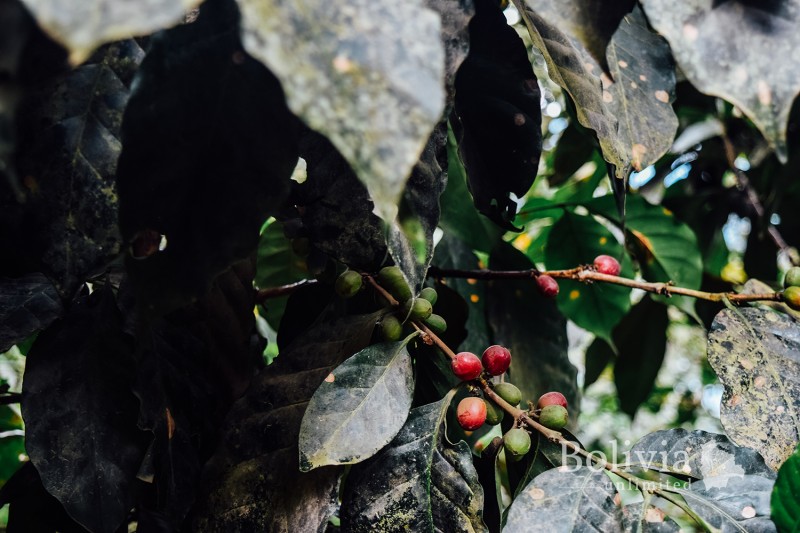 Los Yungas, where the Amazon meets the altiplano, has the ideal conditions for traditional and organic coffee cultivation. The crop grows best in a shaded, humid environment – exactly like the conditions in the lush cloud forests of Los Yungas. According to Arandia, at least 60 percent of Bolivian growers stick to the traditional shade-grown method, with the rest adopting a mix of organic and semi-organic cultivation techniques. ‘The absence of oxygen at altitude causes plants to grow more slowly, supposedly giving the beans a dense and rich flavour,’ says Rene Brugger, the founder of the Munaipata café in Coroico. Brugger, a Swiss economist who founded the company in 2008, lived in Cameroon, Pakistan and India before he moved to La Paz in the 1990s to work for the Swiss Agency for Development and Cooperation. He quickly fell in love with Bolivia’s snow-capped mountain peaks, which reminded him of home. His Finca Shanti (Peaceful Farm) plantation is set amidst a backdrop of breathtaking and seemingly endless green mountains that characterise the Yungas region. It is home to hundreds of arabica plants, various citrus trees and a few rescue dogs – a picturesque mini ecosystem in its own right that thrives to the rhythm of birdsong.

‘What makes Bolivian coffee special is its amazing sharpness.’

The birds and fruit trees don’t just give the plantation an air of paradise, though: Birds provide natural pest control and, Brugger explains, ‘the shade trees prevent soil erosion and provide natural fertiliser, and the shade also inhibits the ageing of the plants.’ He says that the presence of fruit trees also enhances the aroma of the coffee, adding subtle sour notes or sweet and fruity notes. ‘What makes Bolivian coffee special is its amazing sharpness. It has a sort of fruity kind of citrusy sharpness,’ Arandia says. ‘It’s quite sweet as well. It has a very unique profile which changes depending on the variety. But generally, it has a very interesting and fruity profile.’ As with any traditional coffee farm, the cherries at Finca Shanti are handpicked. The ripeness of the cherries is another decisive factor in the quality of a batch prior to drying or roasting. ‘Lots of people say that coffee gives them acid, upsets their stomach or gives them anxiety,’ Pascuala Huacatati, a worker at Finca Shanti, says. ‘This is the result of unripe cherries being picked and making their way into the final brew.’ 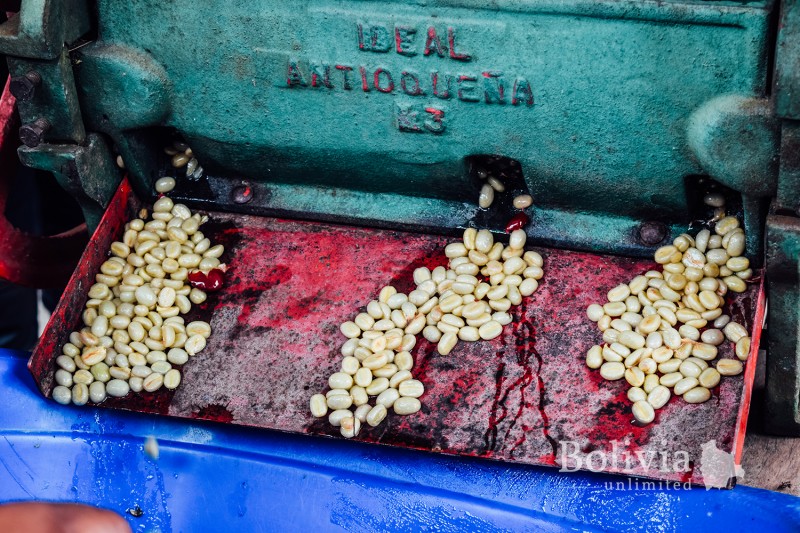 Whilst small-scale operations may allow for a refined and unique brew, shade-grown coffee is not without its limitations. ‘In the shade, some pests and fungi develop better,’ Brugger says. ‘This is why some experts recommend sun-grown plantations, and some hybrids have been developed which thrive in the sun.’ In 2013 an outbreak of leaf rust – a fungus which attacks the leaves of coffee trees and prevents photosynthesis – resulted in the loss of 50 percent of Bolivia's coffee crop. Heatwaves and droughts driven by climate change also undermine and threaten traditional coffee production. Other factors, like the country’s geography combined with poor infrastructure that makes transporting the beans very challenging, inhibit the industry. Some farmers opt to grow coca instead, as it is a far less demanding and more lucrative crop which can be harvested several times a year. ‘The problem is lack of incentive,’ Agris Zogota, another Café Typica co-founder, explains. ‘Growing and harvesting is an art form, and young people are migrating more and more to the city, and there is more incentive to grow coca for those in the countryside.’

Whilst much of the coffee produced in Bolivia is aimed at the international market, Brugger’s focus is not to bring his product from Los Yungas to the world, but to bring the world of coffee drinkers to Bolivia instead. He focuses on the Bolivian market, rejecting the idea that his product needs to be shared or receive the seal of approval from the outside world. The hard work of producers like Brugger and their collaboration with local coffee houses is the key to transforming Bolivia’s coffee culture. ‘We need more cooperation throughout the industry, starting with the farmers, then the toasters and even the baristas,’ says Typica’s Arandia. ‘That is the only way we can begin to compete with our neighbours.’ 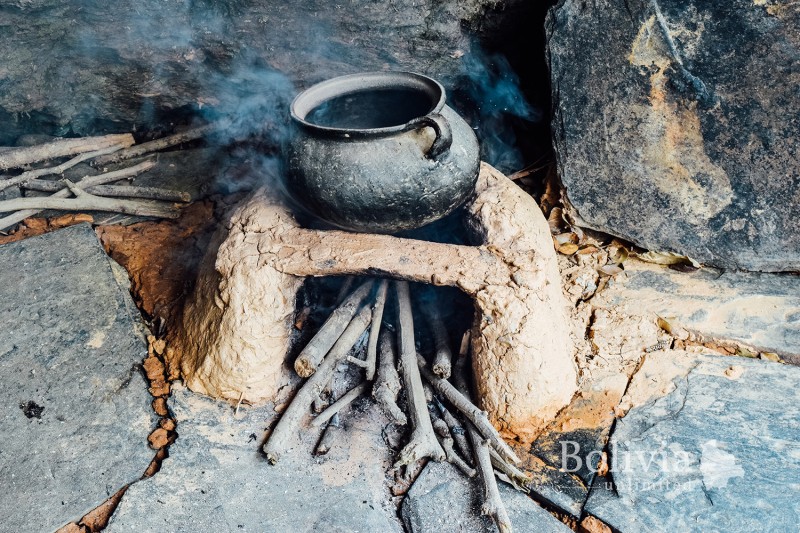