THE BAKERY IN A WOMEN´S PRISON 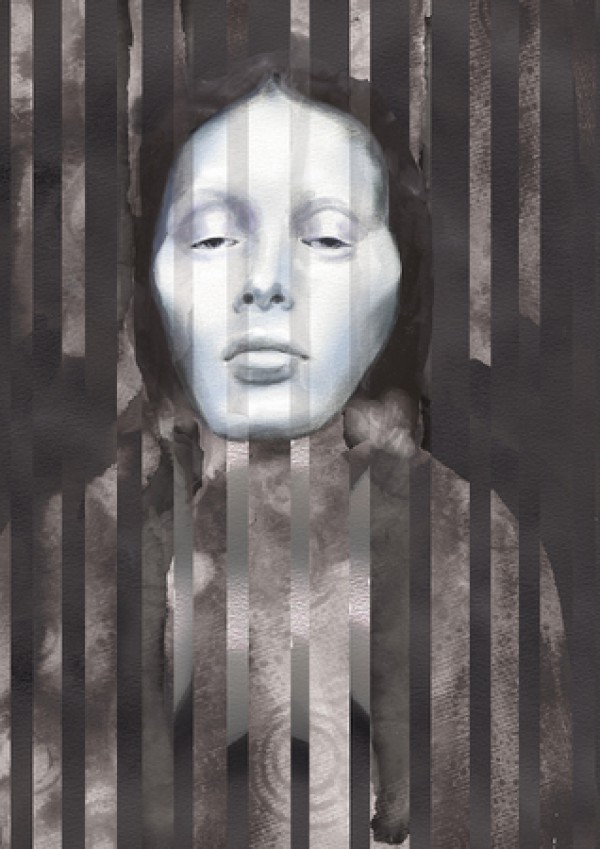 It’s not easy to make a salteña.

The filling must be prepared the night before and refrigerated overnight. Construction is a delicate task: each ball of dough is rolled into an eighth-inch-thick circle, folded over the filling, and the edges sealed and scalloped together.

Twelve women stand together in a large kitchen, learning exactly this process. Their uniforms are brand-new, simple and professional: black chef hats, black chef jackets with red linings, and red aprons. One woman—dressed the same but in white—watches over their work. She advises them on their method and arranges the salteñas neatly on a large tray.

René, a bespectacled man in his early thirties, hovers over them. His candor betrays the enthusiasm of a proud parent at a football match: he is keen to show them off. The women are working hard, but every so often, they share a joke.

‘When the bakery opens, you’re going to get fat!’ Isabella, the loudest and most dominant of the group, shouts at René. The women all laugh affectionately. He protests, but laughs along.

René Estenssoro Torricos is the general director of the Seed of Life Association, or SEVIDA. This is an organisation that has been working in the Obrajes prison for women since 2000, attempting to improve the economic, legal, and psychological situation of inmates.

The twelve bakers around him are female prisoners in the midst of training. This prison bakery–large, flooded with light, technologically advanced—will soon open to the public. It will allow the women to learn employable skills and earn a personal income. Customers from outside the prison will be able to order through a door to the outside.

The economic situation in prison is difficult. Women receive a small breakfast and lunch every day, but beyond that they must largely provide for themselves. They need twenty to thirty bolivianos a day for basic necessities: toilet paper, shampoo, food, anything at all they might need for day-to-day living. If a prisoner has children, either inside or outside the prison, school supplies and other necessities are added expenses.

According to Bolivian law, the only thing a prisoner should be deprived of is her freedom. But in Obrajes, there is scant opportunity to work. The prison economy is in a state of fluctuation because jobs are on a constant rotation, and a prisoner needs to be inside for some time before she can start or join a business.

An inmate and baker-in-training, Isabella, seeks advice from the head chef as she attempts to form the edges of the dough. The economy of the prison, she says, can be frustrating and insecure. Although it is possible to start a small business, this requires an initial investment, and many prisoners must rely on loans. But the interest rates, set by fellow prisoners, can fluctuate wildly. This is why the bakery is so important: it will give the women a fixed income with which to rebuild. Isabella has a husband and son in La Paz’s San Pedro prison and a daughter in Obrajes. She cannot rely on familial support or outside income.

The need for money is often the reason behind women’s crimes, René says. ‘For example, a woman has five children’, says René. ‘She has an opportunity to send a package full of drugs for 1,500 dollars. There are lots of conditions that make her fall into crime.’

Their crimes can also be the culmination of years of domestic mistreatment. ‘In Bolivia, there are lots of cultural conditions that mean being a woman in prison is very different to being a man’, René says. Astoundingly, he reckons that 95 percent of the women in Obrajes—and, accordingly, the bakery—have been victims of physical, sexual, or psychological violence.

The importance of the bakery is more than financial. It means the workers are accorded respect, and rewarded for hard work. It’s a chance for women to gain back some control and plan for the future. SEVIDA’s new program is called the Plan for Freedom, and the idea is that, eventually, the women will form their own businesses and create an association. Every salteña sold in the bakery will contribute towards a common pot, from which every baker will receive income. The rest of the money will go toward programs to benefit prisoners such as contracting a doctor to provide gynecological and psychological care.

René is also trying to create a network of family members to sell bread so they can benefit too. The program is still in its early days, but its aims are clear: to empower the women and their family members, and to support the prison.

Signing up to the bakery is a gamble. There is no guarantee that jailhouse salteñas will sell. There are already weaving and laundering businesses within the prison that have enjoyed some success, but a panadería requires a very quick turnaround and a set of regular customers. The women will need a loyal network outside on which to build and extend their reach.

But whether or not the bakery proves lucrative, its significance—purely as a training ground—is clear. There are two handwritten posters tacked up outside the kitchen. One advertises the lessons for making salteñas. The other reads, simply: ‘Porque aprender algo más siempre es bueno’ (Because learning something new is always good).

René says he wants the bakery to ‘let the women know that the lives they have had are not the only reality. I want them to generate and construct a different type of reality.’

The bakery provides a reality of high expectation. The brand-new uniforms and equipment encourage a certain level of behaviour. Professionalism is expected, so the women rise to the challenge. But their individual personalities haven’t been hidden entirely. Just visible underneath their highly professional chef’s coats are long, coloured skirts, flip-flops and socks, heeled boots and Crocs.

And, as the women place their salteñas on a tray in the large oven in the corner, they discuss the party they’re going to have when the bakery finally opens its doors.

‘Can we have stripper clowns?’ roars Isabella. They all laugh as René shakes his head disapprovingly. But he looks away. He can’t help but laugh too.