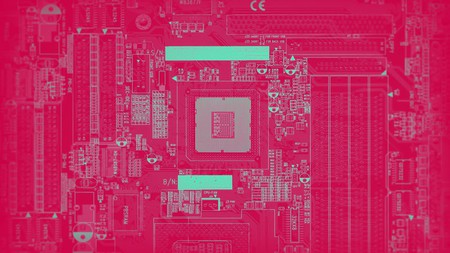 Computers, Coding and Education in Bolivia

Down behind the market stalls on the streets of Eloy Salmón, La Paz’s most notorious electronics market, young kids work meticulously to crack cell-phones, unlocking technology that, let’s face it, the majority of us wouldn’t know where to begin with.

Certain that this underground work is not being taught by the current education system, I began to wonder, in countries such as Bolivia where computer access is less readily available, how is the next generation learning about the technological world we live in?

Bolivia as an emerging nation is displaying signs of rapid growth when it comes to technology. The number of smartphone users is on the rise, and according to the Pew Research Center in the United States, the pervasiveness of cell phone ownership here means that countries such as Bolivia have skipped phone landlines altogether and have moved straight on to mobile technology, giving the population access to the Internet without the need for computers at home.

It seems, however, that younger Bolivians want more education when it comes to technology. Mauri Wilde, 18, is currently studying Ingeniería en Inteligencia Artificial, and believes that the subject is not given the importance it deserves in schools. Since the age of 16, Mauri has taught himself how to code, learning programming languages such as Javascript, C++ and HTML from online tutorials, books and friends. ‘The demand in this field is incredibly big’, Mauri says, ‘and is yet to be given the attention it deserves.’

Sandro Centellas, director of the Carrera de Ingeniería Eléctrica at the Universidad Pública de El Alto (UPEA), speaks of students’ interest in learning technology in Bolivia. When asked whether his students begin university with any prior knowledge, he stated that whilst there exists some teaching in high schools, they know the basics but not the understanding behind it. “Being a good computer programmer is like being a professional footballer... you can’t just become a star when you’re 18 or 19, you have to begin from an early age. We can’t expect to have very few resources in Bolivia and then produce a hundred Bill Gates’.”

The current Bolivian government under Evo Morales is making inroads in this area, pledging earlier this year to provide free laptops for every final-year high-school student. By incorporating information and communication technology into the education system, the initiative aims to prepare students for the future. The Quipus computers, which are manufactured in El Alto by Bolivia’s first state-owned computer production plant, are to be rolled out to every student at this level by the end of the year. As this time, however, the children are not allowed to take the computers home.

At UPEA, interest for studying technology-related subjects is on the rise. The Ingeniería Eléctrica faculty has shown significant growth in the three years since its launch in 2011, starting out with just fifty students and now at 170. Several of the students here are working with the Raspberry Pi, a computer the size of a credit card that is being used in English schools to teach school children as young as 5 how to code (a rather frightening realization for those of us that freak at the first thought of coding). Link it to a TV screen and a keyboard and—voilà!—you have a fully functioning desktop computer.

The gadget has found success with children, adults and hobbyists around the globe, due to the numerous digital projects that can be achieved with it—anything from music machines and security camera systems to weather stations and even parent detectors. The developers at Raspberry Pi launched the initiative with a target audience of around 1,000 English school children. But speaking with Eben Upton, founder of the Raspberry Pi foundation, it seems the tiny computer has surpassed expectations in enormous quantities; worldwide sales have been reported to nearer 4 million, with an estimated 200 being used here in Bolivia.

At UPEA, student Raul Quispe demonstrated his final-year project using the Raspberry Pi. He has created a system that detects the attendance of both students and teachers at the university, using heat and face-recognition technology and a webcam, which then detects a face and compares it to a database of images.

Talking on the topic of the Quipus laptops, professor Sandro Centellas suggested a future government investment into Raspberry Pis for Bolivian school children, teaching them not just to use technology in today’s world, but also to understand the building blocks behind it. In Bolivia, the Raspberry Pi retails at around $65USD, twice of that in the UK. But this doesn’t detract from the fact that it would be an extremely cost-effective initiative compared to the Quipus laptops.

Whilst the current Bolivian government has seen overall public spending double in the past eight years, social spending on the likes of education has increased in real terms, but fallen as a percentage, according to the Centre for Research on Globalization. However this is a nation experiencing strong economic growth, with a president who has pledged to ‘pensar en lo grande y no lo pequeño’ (‘dream big and not small’) when it comes to technology. With initiatives such as the Quipus laptops beginning to emerge, this could be the start of a new era that places emphasis on the teaching of technology in Bolivian schools, thus preparing a young generation with the skills they desire in order to interact with the evolving technological world around them.

Raspberry Pi, known as the “Tartita de Frambuesa” in Latin America, is available at tecbolivia.com; Model B retails at $70.00 USD.