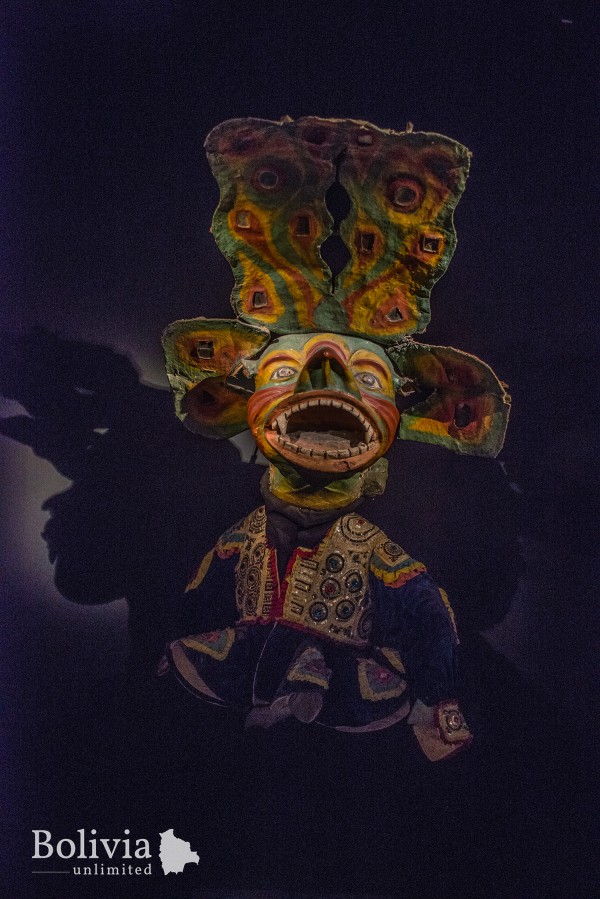 The Dance of Death

‘Let him die dancing, so he will pay for his faults.’ This is a phrase from the movie The Clandestine Nation, made by Jorge Sanjinés in 1989. The film features the ritual tradition of Tata Jach'a Danzanti, a ritual in which a member of a community has to redeem himself with his people for some fault he has committed – by dancing to death.

The tradition of Tata Jach'a Danzanti is practiced in the Aymara culture, specifically in the Pongonhuyo-Achacachi communities of the Omasuyos province of La Paz. Tata Jach'a Danzanti translates roughly to ‘Great Lord Dancer’, and there is a great deal of mysticism surrounding this ritual. One of the ways in which it is understood is as punishment of the dancer for letting his community down. Another is that the dance is a sacrifice of a member of the community to increase the earth’s fertility, regulating the agricultural calendar. In either case, the chosen one is prepared for the feat by being given food, drink and even virgin women. He then dances for three days in a row without rest until he dies.

According to Milton Eyzaguirre, anthropologist for MUSEF (the Museum of Ethnography and Folklore), ‘It is a ritualistic phenomenon that is very interesting, because the dance is only the representation of a ritual that has a lot to do with the support that is given to a community.’ In a 2007 documentary made by MUSEF, the tradition is presented as a Preste festival, related to a celebration organised by a member of the community in honour of a Catholic figure such as San Pablo.

Whatever the true significance of the dance, it shows its syncretism through different manifestations in the Bolivian Andean culture and, in particular, the Aymara culture. On the one hand, we see the figures of saints and virgins linked to the Catholic faith, and on the other the Andean cosmovision that shows the representations of mystical rituals. ‘Death, for example, is not something negative in the Andean cosmovision,’ says Jimmy Calla professional choreographer and director of Artistica BDB-Ballet of Bolivia. ‘Village traditions are different, since death is something symbolic, a part of life.’

Calla explains the characteristics of the dance, El Tata Jach’a: ‘The dance has peculiar rhythms with four beats per bar, which are repeated throughout the dance. The instruments used are a pinquillo, a kind of long quena [Andean pipe], and a wankara [an instrument similar to a bombo]. A colourful costume is worn, comprising a blazer along with a skirt or leggings and brogues. A heavy mask is with an undefined zoomorphic shape is worn – it looks something like a toad, with large ears and pronounced lips. The dance has no strict steps; one must only move to the rhythm of the music, grabbing onto the mask. It’s very simple.’

El Tata Jach'a was presented at the festival of Gran Poder in La Paz for the first time in 2017. With much anticipation already among the public, this year’s festival will be held on Saturday, May 26. This dance will be performed along with many other traditional dances. Bolivian culture in general is enigmatic and mystical, and it is kept alive by the marvellous city of La Paz and the recognition it receives of the value and cultural contribution of the dances of the indigenous population.