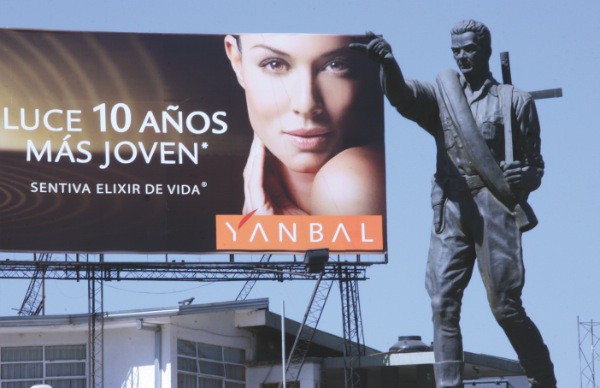 “We are tall, white, and speak English,” were the infamous words of Gabriela Oviedo (the then Miss Bolivia) in 2004 when trying to dispel a purported stereotype about Bolivian people. The number of white people in La Paz city? Discounting dazed tourists and superior expats, hardly any. The number of white people on billboards and shop windows? Too many, far too many.

Behind a glass pane, an oversized picture depicts a little white girl stuffing herself with brightly coloured ice cream while on the street in front of her Cholitas beg for spare bolivianos. This overwhelming distance between the people in advertisements and the consumers is not a common sight in England, where commercials usually show people only slightly more attractive and happy than you: an approach which gives the impression that this lifestyle is within reach, if only you would buy the product. But in Bolivia this European technique, that places the object of temptation within the periphery of your reach, is moribund. Here, where models of foreign race and distant culture brandish the goods, a different method is being implemented. To speculate on why this is being done would lead too treacherously into psychological and postcolonial conjecture. Equally interesting is the effect that these alien creatures have on the people and culture of La Paz. 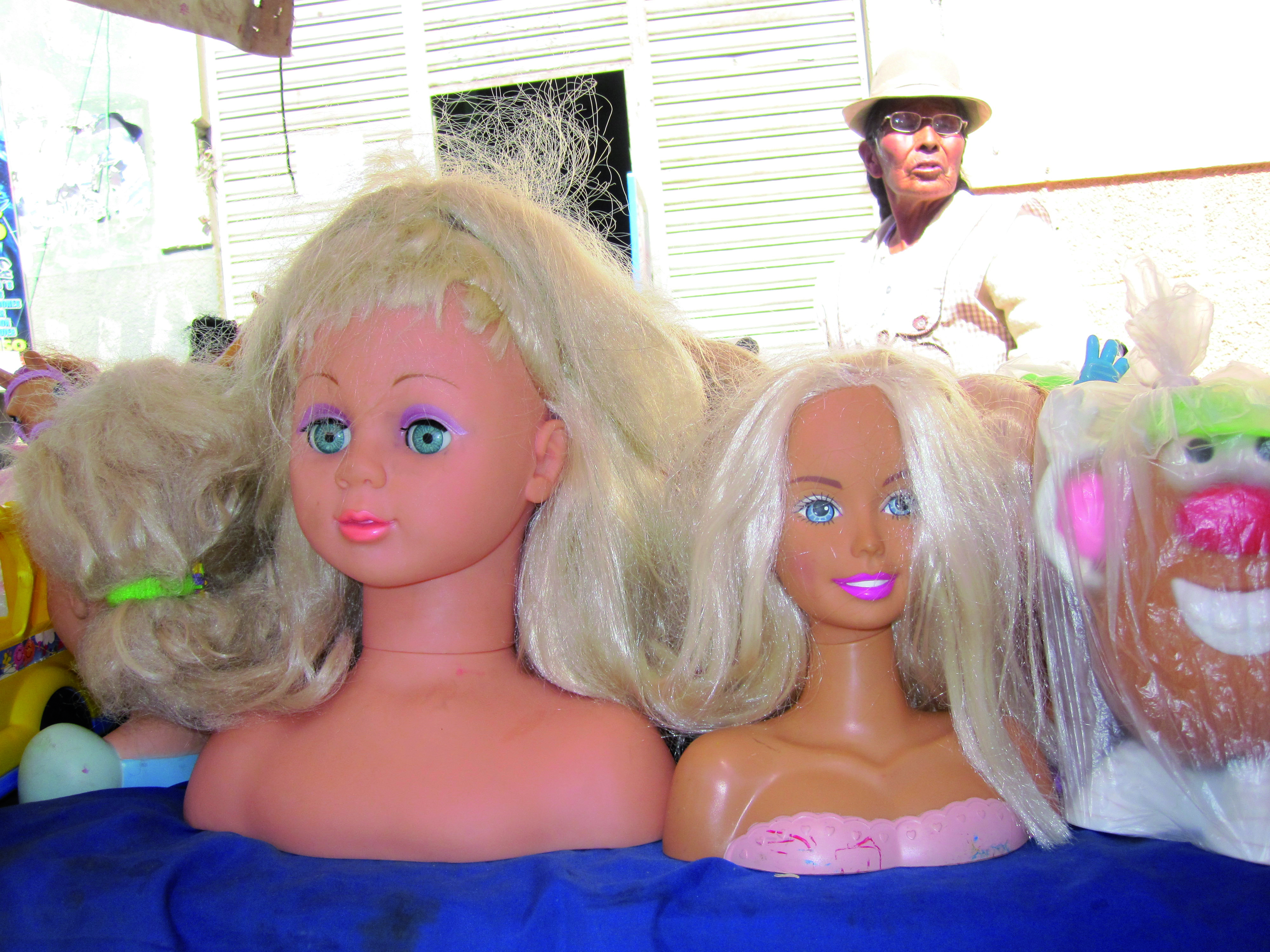 We chose two billboards in La Paz and set out to measure people’s reaction to them. Billboard one: a huge white lady looking smugly over her shoulder. Billboard two: three intimidatingly attractive women, wearing ´you will never find any girls as hot as us´ faces, advertising Gillette. Our interviewees response: They wouldn’t care whether the women were Bolivian, black or blue (let’s hope James Cameron didn’t hear that). For Paceños, if the advert was good, skin tone was irrelevant. However, everyone agreed that the models were attractive, and all the women wanted to look like them. While this is not a surprising response (who, after all, could call them ugly?), the discrepancy between the natural Bolivian look and these pristinely made-up, photoshopped Barbies surely affects levels of self esteem and love among Bolivian women. Significantly, we can place these observations alongside the flyers and posters that pepper the city, advertising improvements such as nose surgery and skin bleaching. The gaudy and lascivious images on the posters are perhaps not as distant as we imagined: a spot of surgery, the flyers would have you believe, and all on the posters is within your reach. You too can be a Barbie. Plastic surgery is a global phenomenon, but here in Bolivia it is far more acceptable and popular than its equivalent in Europe, where it is shamefully confined to the fringes of society.

The quantity of adverts in La Paz, and the fact that nearly everyone we asked knew someone who had had their nose reconstructed leaves no doubt that this practice penetrates a great and central social sphere. Once again, we would not want to speculate. Doubtless there are myriad reasons why this occurs, and theorising would again lead us too treacherously into psychological and postcolonial conjecture. But, as I strain my neck to gaze up at these larger than life, whiter than white, aesthetically perfect figures, glancing haughtily down on the city like gods from a cloud, I find it hard to believe that these idols do not play a significant role.