Talking Heat at the Top 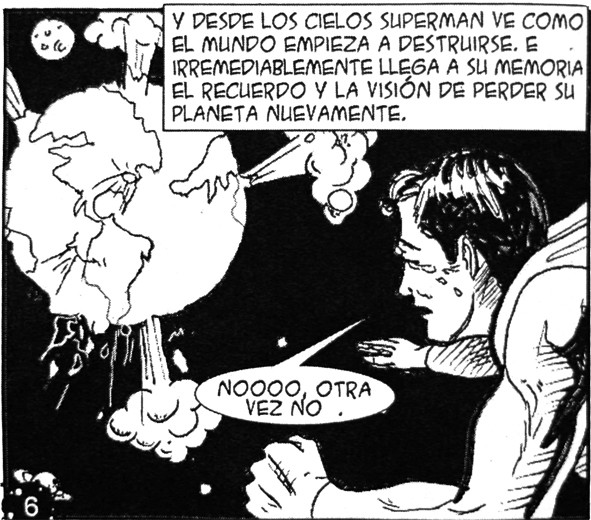 As the Copenhagen Climate Summit drew to an end in November 2009, among a growing sense of disillusionment, many countries, such as Bolivia and Venezuela, refused to sign the final agreement. A few months later, Evo Morales decided to organize an alternative climate summit set in Cochabamba – Conferencia Mundial de los Pueblos sobre el Cambio Climático y los Derechos de la Madre Tierra*, CMPCC – to discuss and try to establish new objectives to save la Madre Tierra. Although some saw it as an alternative and more productive version of the Copenhagen summit, others just consider it as a somewhat commercial attempt to raise climate change awareness while neglecting other more social and economic issues related to the environment. For many, a certain dissatisfaction grew like mould around what was discussed not only during, but before the summit.

Several countries that dismissed the Copenhagen Agreement as a failure (Bolivia, Venezuela, Nicaragua and Cuba among them) came together in the Cochabamba to create a strong opposition move-ment against those who’d signed the agreement. More specifically though, their common adversaries were rich capitalist countries and what they represented. Amongst the many leaders Morales had invited, only Chávez was there to support him in his crusade against what they agreed lied at the root of all evil: capitalism. Why the other heads of state didn’t show up is not entirely clear. While political unrest in his home country was the likely cause for Ortega’s (the Nicaraguan President) absence, it seems other leaders were reluctant to attend a meeting where the capitalist system is singled out as the big bad wolf; especially after financial agreements these countries struck with the USA had recently helped them recover from economic crises.

As a product of these absences, the conference lost momentum on the international stage, and a degree of moderation (or the amount of it required to be taken seriously) was also lost among attendees. Try and picture this: one of the two international leaders attending the summit heads a state whose economy is almost entirely reliant on oil-extraction. The other is a leader who infamously (ehm) opened a recent conference by claiming that eating chickens makes men gay, and on some other occasion announced that Coca Cola can make you go bald.

Another issue that arose during the conference was the creation of the unexpected ‘mesa 18’. Seventeen working groups were planned in advance and the topics to be discussed were published on the net. However, many national and local issues had been sidelined from this programme and that’s how the mesa 18 was born: groups of individuals and associations assembled to discuss said issues – such as the preservation of the Madidi National Park and the environmental impact of mining. Morales reprimanded them by claiming that they were in “an international event, it is not a debate about national issues [and you] are trying to make a parallel event out of it’’. In short, the event was marred by internal and external problems, perhaps highlighting the inherent complexity involved in tackling global issues when so many inter- ests are at stake.

Despite all the above, it cannot be denied that Evo Morales’s initiative makes a clear point about raising awareness not only for environmental issues, but for the urgency with which they need to be addressed. His environmental discourse is characteristically grounded in social issues, which he is well known for being sensitive to. For example, he has repeatedly emphasised the point that the people who most suffer from these issues have not been those responsible for bringing them about in the first place.

The World People’s Conference on Climate Change and the Rights of Mother Earth is perhaps more symbolic than pragmatic, as the proposals made are not attainable any time soon. We can only hope it will add force and a new flavour to the growing movement against climate-change scepticism.

**Juan Manuel Avilés is a painter and illustrator. He works as a freelance for NGOs and is illustrator for the magazine ‘Pie Izquierdo’. He also is editor of ‘El Estrobo’. http://www.migrantesclimaticos.blogspot.com

BX: After reading your comic, it’s not that obvious what your opinion is on the Cochabamba Climate Summit.

JMA: At the beginning, I thought it was a good thing that there should be an alternative summit because at Copenhagen they favoured a lot the big companies and the decisions taken mainly depended on the economic interests of those companies. But in the end, even if Cochabamba was supposed to be an alternative, no real proposals were made to change the situation; although they pointed at the capitalism system as being the responsible for the climate change they don’t really differentiate themselves from it. For instance, nothing was said to solve typical and recurrent Bolivian issues such as the fires which take place every year in El Oriente: those fires happen because of the way the soil is cultivated and if it’s so, it’s because they want to exploit it as much as they can, regardless of the fact that this way of cultivating destroys all kind of protection against catastrophes such as fires.

BX: The comic you wrote and which Edson Viorel illustrated was produced before the summit. Does this mean that you already had an unfavorable opinion before even knowing what would result from it?