Taking to the Pole in La Paz 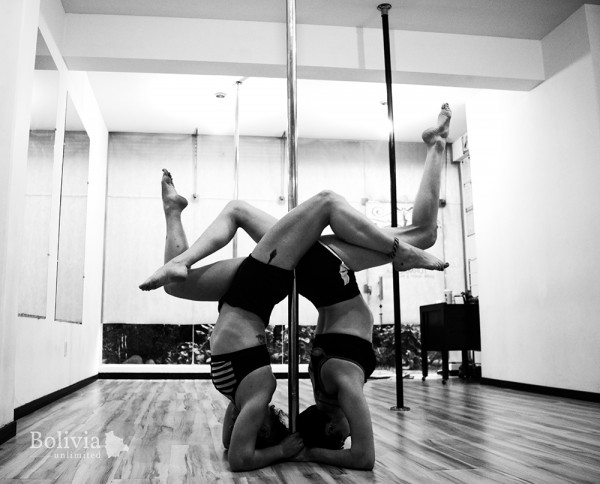 Sports, Lifestyle and The Arts

When one thinks of female empowerment, perhaps pole dancing is the last thing that springs to mind. Pole dancing (the preferred term by practitioners is pole sports, or poling) has long been seen as playing into the hands of misogyny, a symbol of exploitation and hypersexualisation. Yet at the Turmalina Pole Sport y Movimiento studio, there’s an atmosphere of community and positivity. As strong women and men fight against gravity in between the spins, inversions and holds, there’s laughter and high fives.

Turmalina opened its doors in 2012 as the first pole school in La Paz. Cecilia Ardaya, its founder, is a biochemist and dancer originally from Cochabamba. She took up poling 10 years ago and fell in love with it after her first class, saying that it allowed her to reconnect with her body. With two master’s degrees under her belt, the one thing that was missing was a space to practice pole.

Initially, the studio was located in Miraflores, with a small student base mostly made up of people with dance backgrounds. After relocating it to the centre, Ardaya rechristened the studio Turmalina. Classes are taught in a light and modern space with eclectic decorations ranging from Tibetan prayer flags, unicorn stickers and a wall covered in certifications and awards. Now the majority of dancers are students and professionals, who work or study full-time and attend classes in the evening, trading in their work clothes for hot pants and knee pads.

As one student explains, the studio provides a respite from the city and allows practitioners to move their deskbound and stagnant bodies in innovative ways. Valentina, a student who has been practising for four years, explains how pole sports has provided her with an arena in which the anxieties and stress of the outside world disappear; she is able to concentrate and focus in a space where she can be her most authentic self. 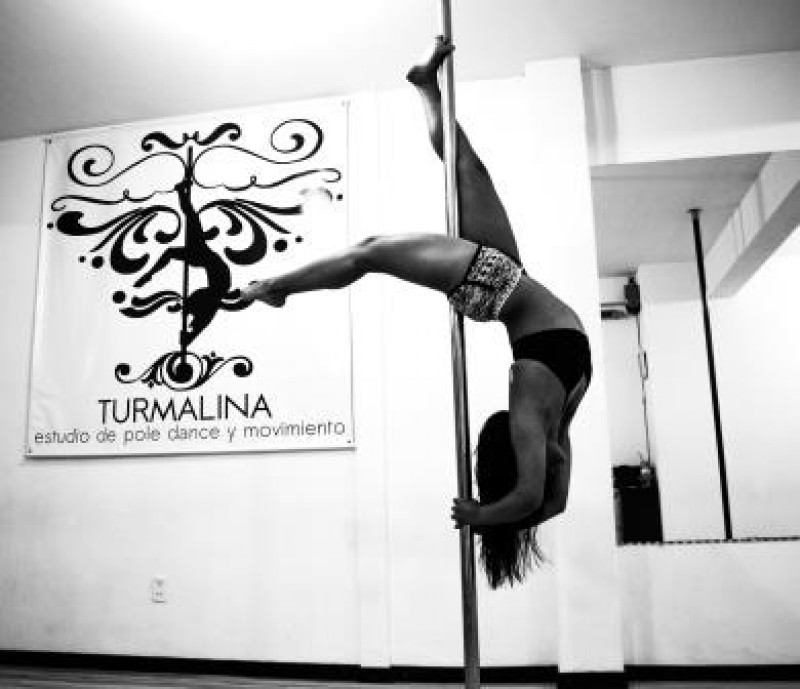 ‘People have this idea that the pole is something women take up in order to impress their husbands,’ Ardaya says. ‘Of course, some people may have those intentions, and that’s fine. Pole is an art form, and it forces you to concentrate and focus, because if you don’t you can seriously hurt yourself.’

A Turmalina instructor says that the students shed layers in during the pole classes – both their clothing and their emotions – and see themselves in a completely new light. There are three pole styles: artistic, fitness/sport and exotic. Exotic pole is more sensual, involving floor work, flexibility and the so-called ‘stripper heels.’ It’s a great way for a woman to explore her body and femininity. ‘Even the provocative moves that are sometimes part of pole routines shouldn’t be seen in a negative light,’ the instructor says. ‘It boosts your self-esteem and teaches you to accept your body.’

As one of the first polers in La Paz, Ardaya has faced some undesirable reactions, ranging from men asking her ‘How much for a dance?’ to judgement from other women. The stigma against pole artists is misplaced, to say the least, as pole fitness is a discipline which has been reappropriated and largely defined by women who perform it for their own benefit. Male pole artists face a different kind of prejudice. They comprise just a small part of the community, but few of them are open about their pastime. This judgement stems the pole’s association with strip clubs, where women perform for the pleasure and entertainment of (mostly) men. But as Ardaya explains, pole-based movements can be traced back to ancient India, where yogis practised yoga postures on thick wooden poles known as mallakhambs.

‘Pole is an art form, and it forces you to concentrate and focus, because if you don’t you can seriously hurt yourself.’

Pole requires a tremendous amount of strength. Each move – of which there are over 100 – entails a great deal of pain and determination, as dancers use skin-to-pole contact and muscular tenacity to fight against gravity. Pole artists require much upper-body strength, which requires commitment and patience. Many Turmalin@s (as they call themselves) also practice gruelling conditioning and stretching exercises daily. ‘In pole you do things that you could have never even imagined; each class is a challenge,’ Ardaya says. ‘As you complete these mini-challenges in pole it spills over into other areas of your life, and helps you gain self-esteem. I notice the changes in people who start out being visibly shy and unsure of themselves, but with time you see them come out of their shell. Their postures change, you see the confidence reflected throughout their body and in their demeanour.’

Although there’s still some scepticism as to the validity of poling as an art form and sport, its potential to strengthen and empower is reflected in its popularity. Thanks to the boldness and determination of women like Ardaya, poling has become a bona fide fitness trend around the world. The Turmalina team has produced many instructors – both male and female – some of whom have gone on to open up their own schools in other parts of the city. In fact, there are now three other pole schools in the city, one of which was opened by a former Turmalin@. The future of pole looks bright and the community continues to grow with over 11 official schools throughout Bolivia.

Studios like Turmalina provide a safe space for women and men of all ages, body types, fitness levels and gender identities. While there, students are able to come out of the shells that society imposes on them. Women can exhibit sexiness and strength without fearing the ridicule, disrespect, harassment or violence so common in the outside world. People of all gender identities and sexual orientations are given a welcoming space in which they can be their authentic selves, without facing judgement for being ‘too feminine’ or ‘too masculine.’

The security of this space is particularly important in patriarchal and conservative society where women face excessive machismo. Violence towards women is a pressing issue in Bolivia, and advertising and media further solidify negative stereotypes about women and femininity. ‘When people say that pole is misogynistic, I often feel that there are other things that are widely socially accepted and far more harmful to women, like advertisements or the pressure to get married,’ Mel, a Turmalin@, says.

The pole community helps women build healthy relationships with their own bodies and sexuality. Studios like Turmalina boost women’s pride in themselves. But poling isn’t just about building strength or self-esteem; it’s about practitioners supporting and teaching one another, lifting each other up – sometimes quite literally – and being taught how to lift up oneself too.