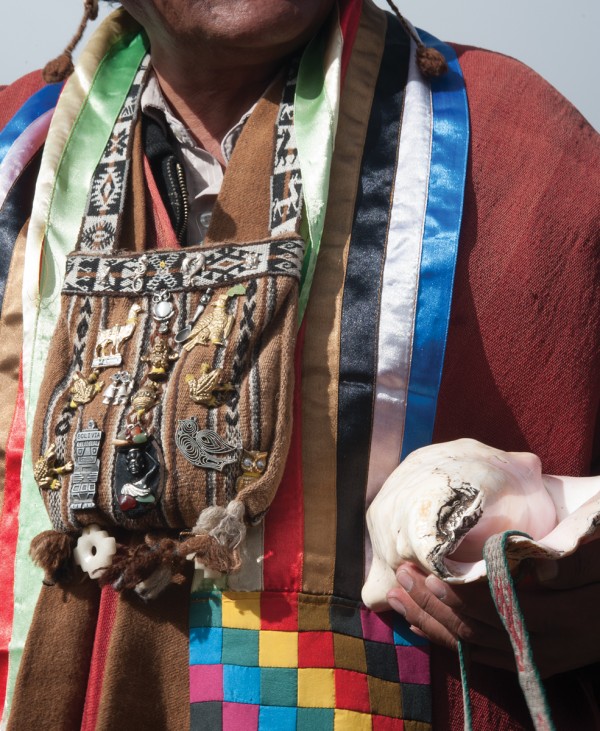 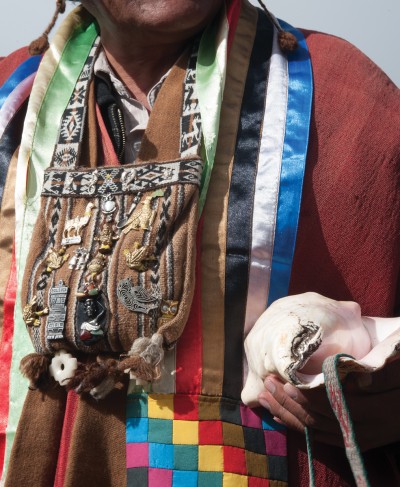 TripAdvisor ranks an Ayahuasca ceremony as one of the top ten things to do in La Paz. So it’s not surprising to learn that many people come to Bolivia seeking this spiritual experience, probably hard to come by in their home country. Joining a shaman to participate in this once-traditional ceremony has become a rite of passage for those seeking spiritual enlightenment while backpacking through Bolivia.

The brew that is Ayahuasca is made of a plant that contains a psychedelic compound called Dimethyltryptamine, or DMT. This drink is serious business. After swallowing the pungent and bitter beverage, a process of ‘purging’ begins. The amount of vomiting that occurs is evidently a central part of the whole experience, as it symbolizes getting negative emotions and life experiences out of your body.

Some describe the opportunity as life changing, some as miserable, and others report not feeling much of anything during their first ceremony. Many feel that the process helps them understand their purpose in life or gain insight into the workings of the world around them.

Various users claim that this ‘spirit vine’ has helped them overcome mental illness, handle previous trauma, move past alcoholism, and even treat cancer. However, people with severe mental illness are warned to take caution when using the drug. This is especially true for those who take prescription pills for mental health, as the combination of the drug and anti-depressants can have unintended negative consequences.

Given the popularity of Ayahuasca among Western travelers, and my lack of a desire to spend hours vomiting during a ceremony in the jungle, I decided to consult an expert about the topic.

Yumi, who also goes by the zen name Ryu Un, is a woman who performs Ayahuasca ceremonies and works with other traditional medicines. She isn’t officially considered a shaman, but she still performs individual ceremonies for people in and around La Paz.

Yumi’s first experience with Ayahuasca gave her “motivation to contemplate” various aspects of her life, she said. At the time, her father also became seriously ill, which is why she decided to devote her time to traditional medicine and healing.

The life-changing experiences of self-discovery many people have with Ayahuasca are in line with what Yumi tells me about the practice. The world Ayahuasca operates in “isn’t an external world, it’s an internal world,” she explains. The path of spiritual medicine is “a path of oneself.”

According to Yumi, the process of administering and taking Ayahuasca is “a real commitment.” The intensity of sessions with the hallucinogenic is seen by many as extremely cathartic, and a great way to expend one’s spiritual horizon.

Although Yumi offers ceremonies to Bolivians and foreigners alike, she prefers not to administer Ayahuasca to tourists looking for an easy trip or a high. It’s not that she judges people who seek the ceremony, but offering the treatment to random tourists just isn’t a part of her repertoire. In her opinion, the most valuable ceremonies are those in which the individual is committed to serious self-exploration.

Her work with plants and traditional healing practices requires “a lot of care and a lot of attention,” she says. Selecting and working with the plants is a serious but delicate process. It’s “like surgery,” Yumi adds, not of the body, but of the mind.

Everything seems to suggest that Westerners will continue to come to Bolivia to try a piece of spiritual tourism. But how many tourists will actually have a fruitful Ayahuasca experience? There are stories of negligence and unwanted sexual advances from shamans during the ceremony that shed light on a basic piece of advice: choose your shaman wisely.

Selecting who will give you a dose of the plant is not something to be taken lightly. According to Yumi, when shopping for an Ayahuasca shaman, people should ask: “Who are they? Where are you going with them, and from where? Is it a place that is sincere?”