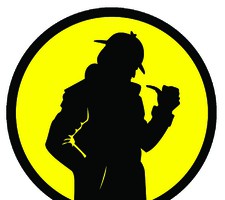 From the outside it seems like a perfectly happy marriage. The husband makes a good living; he can provide for his family everything they could possibly want. They have two happy and healthy children who they have found good schools for, the wife is cheerful and chatty with her friends; she explains to them how good her husband is with the kids. She cooks family dinners, which they all enjoy together. It is a harmonious household.


Yet she starts to have her suspicions. Her husband is becoming more distant; he doesn’t really seem interested in spending time with her anymore. It has been several weeks since they had sex. She starts getting worried. What is going on? Is she growing old and unattractive? Has he just lost interest? Is he depressed? Or maybe, just maybe, is he having an affair? She becomes more worried. She starts becoming paranoid. Every little thing her husband says or does seems to imply to her that he is indeed having an affair. A seed of suspicion has been planted inside her mind. And it’s already growing.

She just has to know if it’s true or not. It doesn’t even matter anymore if he is having an affair; she just needs to know the truth, and she knows she can’t get it from him. She does what hundreds of other desperate individuals in La Paz do: she hires a private investigator.

He is very easy to find; his ad is quite clear in the newspaper. He accepts her request. At first he just follows the husband around, becoming familiar with his daily schedule. He knows where he goes for lunch. He knows what he eats. He knows when he leaves work. He knows his route home. For a few weeks, the private investigator knows his target more intimately than anyone else on the planet. The husband has no idea he’s being followed.

For almost three weeks he doesn’t notice anything particularly unusual about the husband’s behaviour. He seems just like a regular person. That is, until one day he sees him outside his office on his way home from work. Usually at this time, he would simply get in his car before driving home (although stopping off most days at the Pollos Copacabana drive-thru), but today he is greeted by a very young man. So young, in fact, that he must still be at university, if he’s at university at all. He definitely isn’t one of his two children, the investigator knows exactly what his children look like. So who is this person?

Quietly, the investigator starts to weave conjectures aided by his trusty pair of binoculars. Eventually he decides, based on a past case , that the boy could be the illegitimate son of an affair he had several years ago. This could be the proof that he needs to show his wife that her spouse was not only unfaithful, but had been so for several years. Yet the investigator knows he needs more evidence before he can make such a bold claim to his client. He begins to follow them. At first there is nothing really incriminating; they both get in his car and drive away. They could be going anywhere. He follows.

After a while they stop outside a motel. This is extremely strange. Why would he be going to a motel with his illegitimate son? They both get out of the car and enter the motel. The investigator watches them through his binoculars from the backseat of his car. He watches them go in and then sees them again after about ten minutes in one of the rooms facing the street. It turns out the boy, the young man, isn’t the husband’s son after all. Oh no, he cannot, surely, be looking at the man’s lover? The investigator can’t quite believe his eyes. After all his years of work in the industry he has never seen anything quite like it. Sure, he has seen years and years of infidelity and debauchery, but never a 45 year-old man sleeping with a 20-something boy behind his wife’s back. He takes a couple photos and speeds off to talk to the wife.

She is devastated. She cries for about an hour, inconsolably. He tries to help her, but she is distraught. She doesn’t really know how to process the information. She thought she just wanted to know for sure what was going on, but now she wishes she had never known.

As I sat in the coffee shop in central La Paz listening to this remarkable tale, completely shocked by what I was hearing, I couldn’t help but notice seeing a small glint of pride in the private investigator’s eye. He had caught his target. He was successful. The weeks of hard work had paid off for him. ‘The woman’s reaction was pretty common among my clients. They think they know what they want, but at the end of the day, does anyone really know what they want?’

This really is the dark side of love. Those corridors of horrors that people seem to readily walk into, before realising their grave mistake. He says ‘I do my best to be mindful of inflicting psychological damage’, yet at the end of the day he is only offering them a service they themselves request. Oftentimes, people will contact him hastily and in a panic. ‘People often see giants when they should be seeing windmills’ he tells me, pointing out that a non-trivial proportion of cases turn out to be fruitless and unfounded. ‘If, after a few days it becomes apparent nothing unusual is taking place, I have to tell them it’s not worth them spending their money, and it’s not worth me spending my time on this’.

The private investigators community (if it can be called a community at all; they only seem to know each other by name) is larger in La Paz than one might think. Prices start at $10 per hour, and at the higher end cost over $300 per week. At the end of my conversations, I couldn’t help feeling slightly rattled. The story I have recounted above is one of the stranger ones, but by no means the strangest that was told to me. I kept wondering how being exposed to so much deceit and duplicity affected the lives of these investigators. I asked one of them whether his line of work ever made him suspicious of partners he’s had. After a calm pause he looked up and said ‘I know all the tricks there are to know, they would never do them to me. They simply wouldn’t work’.