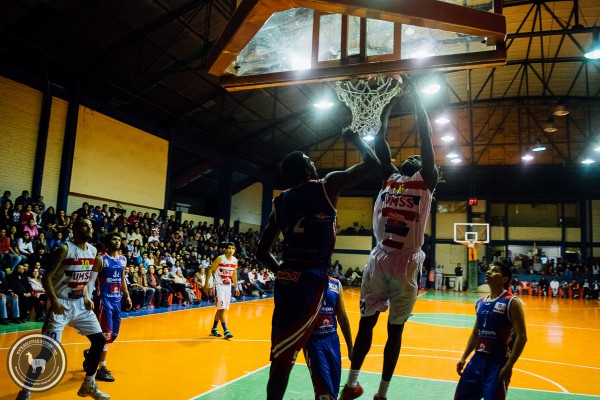 The Challenges of Creating a Basketball Culture

June 30th 2016 marked a historic date for Bolivian basketball. By beating Ecuador 75-74, Bolivia’s national basketball team broke a winless drought of 27 years against South American teams. This was no fluke. Bolivian basketball has been growing since 2012, with the creation of the Libobasquete, the first organized national league. After this watershed moment, the sport began to take its first steps towards professionalization. For all the progress made, however, there are serious issues that could halt the future growth of the sport.

La Paz may be Bolivia’s political capital, but basketball-wise it is miles behind other cities. According to José Luis Revollo, head coach of La Paz’s premier league team Bolmar, ‘No hay canchas, no hay espacio, no tenemos condiciones.’ (‘There are no courts, there is no space and we don’t have conditions.’) It is obvious why the the state of basketball in la Ciudad Maravillosa is anything but marvellous.

Jaime Méndez, a veteran basketball coach and La Paz native, says the problem is not so much the lack of courts, but their inaccessibility. It is clear he resents the schools that refuse to lend their courts to La Paz’s basketball clubs, describing their attitude as selfish and money-oriented. The only solution would be to build new courts, but as Revollo notes, requests made for new sports pavilions have been ignored by local officials.

Courts are an issue particular to La Paz. Other cities such as Cochabamba, Tárija and Oruro have a good supply of basketball courts, with the unsurprising consequence that their teams, in all age categories, usually dominate those from La Paz. Nevertheless, there are other issues affecting the development of the sport, even in these basketball-friendly cities.

The sustainable growth of a competitive sport requires investment. Marco Arze Mendoza, president of the Bolivian Basketball Federation, says there is a shortage of private and public investment in Bolivian basketball. He believes the same applies to all sports in Bolivia except football, where private investment more than compensates for the lack of state support. In basketball, however, private investment plays no such part.

I listened in shock as Revollo tells me that the costs of maintaining Bolmar come out of his own pocket. In spite of the noble sacrifices made by passionate basketball lovers such as Revollo, this is no sustainable way of funding organized basketball.

On a national level, many clubs are crippled by their inability to pay Bolivian players a salary they can live off. This is often due to the high salaries of foreign players, usually from the US, who are needed to elevate the quality of the game. Their athletic and exciting style of play attracts large audiences and increases the revenue made from ticket sales.

Mendoza points out that progress has been made, with four or five national players currently earning US$1000 per month, close to the US$1200 most foreign players earn in Bolivia. But this is the exception rather than the rule. In Revollo’s team, US$300 is the maximum amount a Bolivian player has ever earnt. Most earn US$50 dollars per month, which barely covers travel costs. As Mendoza concludes, a player that is concerned with putting food on the table for his family cannot possibly improve as much as a player that focuses solely on his sport. Without money, results are hard to come by.

However, Jacqueline Dordoyo, the first Bolivian woman to achieve a FIBA Level 3 coaching accreditation, says that money can be as much of a problem as it can be a solution. Her coaching background is centred on the younger categories. In this respect, she has strong words on the side-effects of professionalization. I listen to Dordoyo recount story after story of young, talented players who develop serious attitude problems after getting paid to transfer clubs, even if for a measly fee. One 15- year old player demanded that he receive a pair of shoes in return for participating in Cochabamba’s regional team trainings. It is easy to understand what Dordoyo means when she states that young players nowadays lack ‘amor por la camiseta’ (‘love for one’s club’). Simply pouring in money is not a sustainable solution to the problems facing Bolivian basketball either. The issues are as much cultural and organizational as they are financial.

"La Paz may be Bolivia’s political capital, but basketball-wise it is miles behind other cities."

One of the most important points made by Dordoyo is that senior teams, particularly those in the Libobasquete, have to be examples to the communities they represent and inspire younger players. In order for children and teenagers to commit hours of training with no material remuneration they need to fall in love with the sport. Dordoyo asks me to imagine the effect that a Libobasquete team could have if it paid a visit to a local court in Cochabamba and played with the kids there.

After watching the Cochabamba classic between La Salle and Universidad Mayor de San Simón later that night, Dordoyo’s point made perfect sense. As soon as the game was over, hundreds of people flocked to the court in hopes of getting a picture with the players. These players are idols, and they should do more than simply eat, sleep and play at the club’s cost. Cultivating el amor por la camiseta demands influential role models, not money.

Inspiration must also be provided by coaches and parents. Revollo, Méndez and Dordoyo all coach the youngest age categories, and are firm believers that at such a stage, basketball has to be first about fun, then about winning. Bolivia’s poor level in relation to other South American countries makes the thirst for results understandable. This often leads coaches, however,  to burn through stages in the development of young players, including the player’s love for the sport.

Revollo remembers a father who complained about his training methods after watching his 8-year old son play tag during his first training session and hardly grab a basketball. For Revollo it is essential that the child associates basketball with play, not duty. Too often, parents push their children to play a sport without the child wanting to, a problem found all over the world, not just in Bolivia. As Dordoyo observes, ‘You can’t build a solid house without good foundations.’ A positive first experience with basketball could significantly increase the chances that a child pursues the sport in the future, at an amateur or professional level.

If Bolivia is to make ground with Latin American basketball powerhouses such as Brazil or Argentina, it needs to understand its own basketball reality, not that of the NBA or the Spanish Liga. In the absence of state support and private investment, Bolivia’s basketball organizations have to focus on correcting the problems that can be solved without money. Only then will future financial investments act as a blessing for the sport, rather than a curse in disguise.