Stumbling into the Kitchen 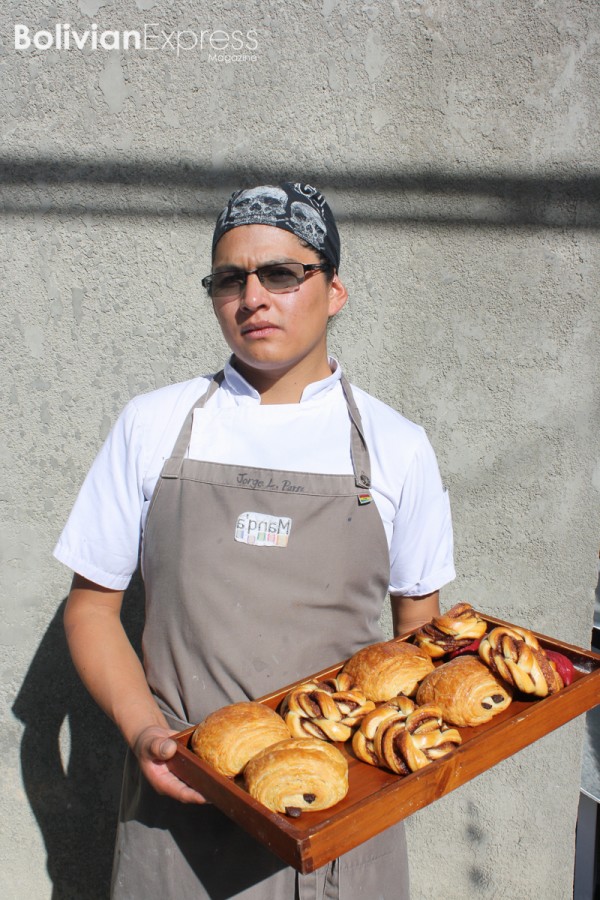 How Jorge Luis Parra became a chef in the city

Jorge Luis Parra admits that he became a chef by accident. Although food and flavour are now at the centre of his life, they are a fairly recent devotion. ‘You can find this passion at any age,’ he says, ‘but in my experience, my passion was found spontaneously.’

Jorge believes that food and eating are paramount to our existence: we eat to live, work to buy food and come together around meals. ‘Food can change the world,’ he tells me quietly. This is a significant statement from someone who, now twenty-two years old, only began his culinary training three years ago. Before that, food was something to save up for, more of a necessity than a pleasure. It wasn’t central to his childhood at all.

At the young age of thirteen, Jorge became the breadwinner of his family, working menial jobs in La Paz such as selling electrical parts. Discipline has always been essential to the way he lives his life. It is what got him noticed as a security guard at Gustu, Claus Meyer’s internationally famous restaurant in the city. Jorge’s ability to thrive under stringent work conditions ultimately led to his enrolment at Manq’a, Gustu’s cooking school, which provides culinary training to locals who may struggle to afford it.

This is how his endless drive to put food on the table morphed into an ambition to revolutionise the food itself. When Jorge speaks about the future, his gaze flickers past me. He makes abstract statements of ambition along with more solid plans. The more he achieves, the more he wants to map out his future. Jorge wants to do a ‘stage of training’ in Copenhagen, he wants to travel everywhere, but his plans don’t have a specific timing. It’s not that he wants to travel in order to introduce Bolivian cuisine to the world. His plan is to learn everything before he can change anything. Although he originally thought people were crazy when they said they could change the world through food, he now says, ‘Anything is possible, no matter your background or experience.’

Despite his overseas hankerings, it is his  background and hometown that essentially drive Jorge’s ambition. ‘I want to grow as a professional and open a new restaurant for my people,’ he says. For someone in daily contact with internationally acclaimed gourmet creations, Jorge remains connected to the flavour of his city. His favourite dish couldn’t be more paceño: fish, fries and soup.