Sticks and stones can break my bones and words...may also hurt me 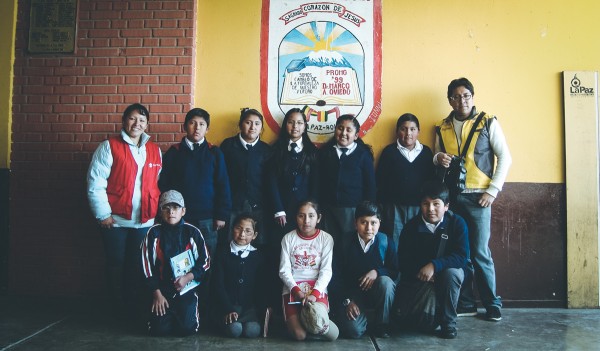 ‘What is self-esteem?’ asks Beymar Soto, a staff member from the Alcaldia of La Paz to a roomful of schoolchildren.

I am at La Escuela Corazón de Jesús de Fé y Alegría, a primary school in La Paz participating in  ‘Constructores del Buen Trato’, a project developed by the Defensoria del Gobierno Municipal de La Paz and is being supported by Save the Children Bolivia . In the classroom are fifteen 5th and 6th grade students, all shooting their hands up in the air, trying to get Beymar’s attention, who is dressed in a yellow jacket, the standard uniform for La Paz´s Alcaldia staff.

Beymar is a psychologist. Part of his work is not only educating children on different topics but also identifying children at risk of bullying schools. His team works in primary schools with children from 4-12 years old.

Alfredo Juaniquina Ajhuacho, project coordinator at Save the Children, says it is essential to start working with children at a young age. ‘The earlier the messages and behavioral patterns are noticed,’ he says, ‘the more likely we can get the children to put positive actions into practice in their lives so that these practices last into adulthood.’

A group of fifteen children was selected at the school to represent their classmates in the course. By doing so, the team from ‘Constructores del Buen Trato’ aims to empower the chosen students so that they may make a difference within the culture of the school. The information is passed on to these young individuals in the hope that they will lead by example and disseminate what they have learned amongst their peers, teachers and families.

‘For me the focus is on the family. The change has to happen within the family,’ says Dr Consuelo Torres, the Director of the Defensoria. Indeed, the largest influence on cultural attitudes begins with parents, which is why intercepting potentially damaging and violent attitudes in the home is essential in helping children grow into active, peaceful citizens, who will improve their community as a whole.

‘Sticks and stones may break my bones but words can never hurt me’ is a common children’s rhyme that teaches young victims to ignore being affected by verbal abuse. It is a poignant phrase that illustrates the normalisation of cultural attitudes towards the issue of bullying. It denies the victim of his or her feelings and promotes the idea of bullying as a ‘character-building´ experience. The phrase infers that physical violence is worse than verbal violence, although both can have longlasting effects into adulthood.

With the use of technology and the ability to create a ‘digital self’, cyber-bullying has become an increasingly common phenomenon. According to Nadia Eid, Head of Communications and Corporate Responsibility at TIGO, one of the largest telecommunication companies in the country, six out of ten children in Bolivia are victims of cyber-bullying. Nadia believes that preventing bullying is essential for Bolivian society because bullying can ‘affect the way children relate to each other. There are victims and witnesses of bullying who can develop low self-esteem or violent characters in the future.’

Luckily, local programs are being developed to counter the prevalence of bullying on and off-line. TIGO has recently launched, ´Convivencia sin Violencia’, a project that is part of its larger initiatives to promote a ‘healthy digital lifestyle’. This program was created alongside an international christian foundation called, World Vision Bolivia, and it informs children, parents, teenagers and professors about how to identify and prevent bullying in all of its forms.

Back at La Escuela de Corazón de Jesús de Fé y Alegría, in La Paz, Beymar is leading the students through a number of workshops. Through cartoon videos and group discussions, the activities question preconceived notions of gender, sexuality and violence, hoping to slowly change the culture of various communities in the city. In a way, they are treating these children as adults; not hesitating to cover contentious issues like ‘Gender Constructs’ and ‘Sexuality’, or complex issues such as, ‘Self Esteem’ and ‘Human Rights.’ The subject of ‘Bullying’ runs across a number of the work modules.

The idea is to build a culture of peace, respect and better understanding through each individual. In order to reach a larger number of Bolivians the Defensoría will launch a digital platform for the program by 2016. With this information online, similar programs could be implemented in other departments, to prevent widespread bullying and change cultures of violence. 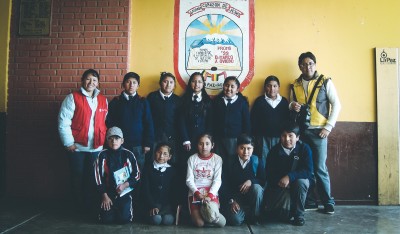