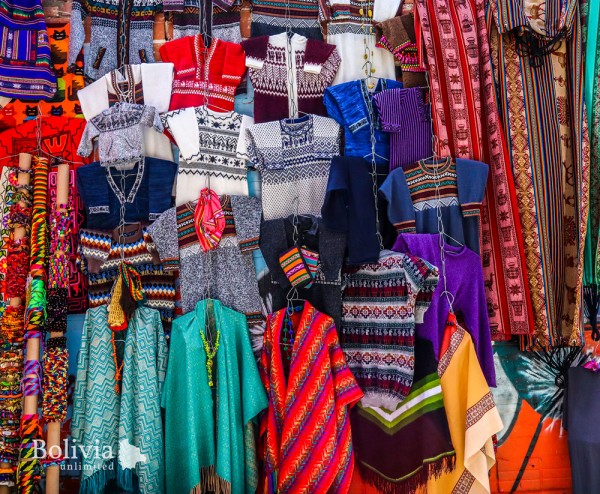 Bolivia has been ranked 152 out of 190 countries in the World Bank’s “Doing Business 2018” world business-regulations report, casting a light on the burdensome bureaucracy that embroils Bolivian businesses. The report assessed the ease of doing business according to national contexts, giving Bolivia a score of 71 out of 100 for difficulty when trading across borders, which indicates large costs for business owners. Meanwhile, the International Monetary Fund this year estimated Bolivia’s informal economy to be around 62.3 percent, the largest out of the 158 countries in the report; due to its clandestine nature, the ease of doing business in this sector goes unreported.

La Paz is where Bolivia’s curious contrasts come to life: hot days and cold nights, Pachamama and the pope, market liberalisation in a land of socialist reforms. The contrast between the tightly wound bureaucracy of the formal economy and the free rein given to the informal economy is stark. Sagarnaga and Linares streets in downtown La Paz openly tell this tale.

Cluttered with kiosks, colourful keepsakes and alpaca-clad tourists, it’s an area where travellers come looking for mementos and bargains. The price tags alone provide insight into the different types of economies at play here.

An iconic llama jumper can vary in price between Bs70 to Bs600 – depending on where you go. While all are purported to be Bolivian-made and of 100 percent natural fibres, based on the price, market theory would suggest otherwise.

‘Tourists are being taken advantage of, and Bolivian producers suffer.’

Cash-only sales of these types of ‘bargains’ are rife in the area, and it means legitimate businesses are finding themselves competing on an uneven playing field. Business owner Mariel Ortiz Arzabe opened her store Época two years ago on Linares street. She sells only Bolivian-designed and -made products and focuses on supporting Bolivian artisans.

‘The [artisan] sector is totally saturated by products that come from China and Peru,’ Ortiz said. ‘They are made in large volumes and are completely synthetic.’ Despite tags saying that these products are Bolivia-made and 100 percent wool, it is common knowledge amongst business-owners and artisans that this is not always the case.

‘It is a complete distortion of prices in the streets,’ Ortiz said. ‘These items have no cultural significance; they are only for discounts or the yapa.’ The discrepancy in prices has meant shopkeepers and artisans have had to come up with an alternative method to challenge this underhanded competition.

Época is part of a group of nine stores and artisans based in La Paz’s tourist district called El Sendero Que Te Llama – a play on words meaning ‘the path that calls you’, as well as an homage to the beloved llama. The members have created a shopping route on which ethical and Bolivian-made handcrafts can be found (a map is available on its Facebook page).

The collaboration began in August 2016, when the founders noticed a need to create a ‘small nucleus of quality,’ artisan Ligia D’Andrea said. The lack of enforcement regulating the sale of imitation items means that ‘tourists are being taken advantage of…and Bolivian producers suffer,’ D’Andrea added.

‘This is the problem in Bolivia, there is a lot of informality and a lot of laws that do not give protection [to legitimate vendors],’ Juan Julio, a shop-owner and member of El Sendero Que Te Llama, said. Julio has been in the artisan business for over two decades and his store Comart is a shrine to the craft and culture of Aymara and Quechua textile traditions.

Julio said that both ‘an economic problem and a social problem’ faces him and his colleagues. ‘A significant consequence [of contraband textiles] is the loss of our cultural identity and the knowledge from our villages,’ he said. ‘We are now dependent on production from China [and other import countries].’

Contraband items like the textiles, knitwear and other souvenirs enter the country through avenues ‘impossible to control,’ D’Andrea said. ‘It is like a market of ants, little by little, and now Sagarnaga and Linares are full of these articles.’

However this kind of market liberalisation is a one-way street in Bolivia. While contraband crosses borders with ease, by-the-book business owners are burdened by bureaucracy when it comes to exporting goods through legal routes.

‘To export is very expensive; the taxes that [business] owners have to pay are very high,’ Ortiz said. ‘The cost to export is more or less [an additional] 50 percent of the cost of the sale.’ A sales tax is also attached to every purchase: ‘About 25 percent of what you pay’ on every product in-store is a tax, according to Ortiz.

‘We have created a base for our culture and our identity. Our work is our craft.’

Market conditions set the prices, and while bargains tend to entice a few, El Sendero Que Te Llama is creating consciousness among consumers about where they cast their dollar vote.

Likeminded businesses supporting each other and Bolivian artisans through initiatives such as El Sendero Que Te Llama changes their relationship from that of competitors to colleagues. ‘It’s fantastic that we are united,’ D’Andrea said. ‘There is a great chemistry between us all.’