Singers without a stage 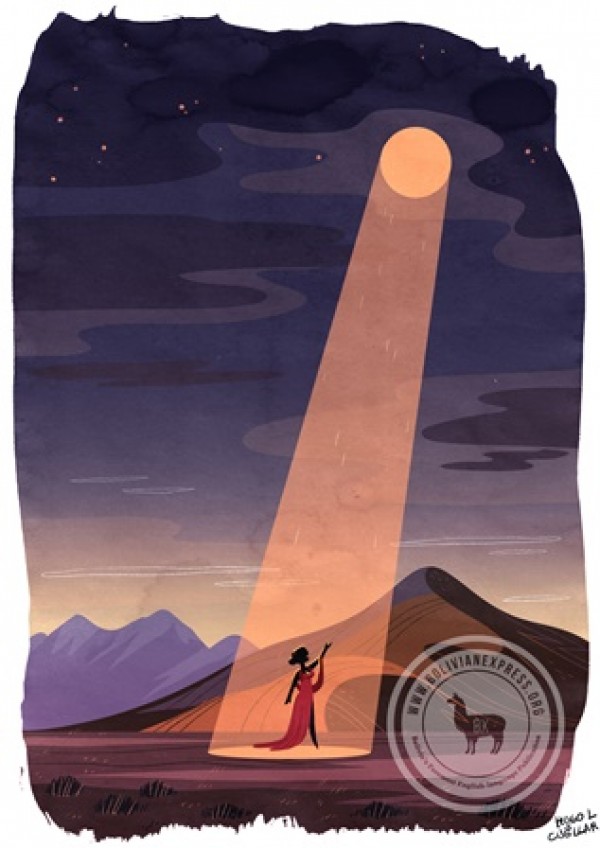 Even a cursory glance around the Conservatorio Plurinacional de Música will tell you that the classical music scene in Bolivia, in spite of all odds, is alive and kicking. The sound of a distant clarinet wafts through the open courtyards whilst students laden with instruments and scores dash between classes in the airy halls of the school. Notice boards are crowded with flyers for concerts, musicals and recitals. The enthusiasm is there, but where is the audience?

‘It’s more and more difficult to fill concert halls these days,’ laments Weimar Arancibia, conductor of the Orquesta Sinfónica Nacional de Bolivia. ‘Major productions, such as opera and ballet, have such extremely high costs that it is very difficult to cover them.’

Although the general crisis of classical music is apparent in Bolivia, it is not only a problem of funding. Another problem for young musicians is the lack of opportunities, particularly for those interested in opera. I spoke to Beatriz Méndez, Director of the conservatory in La Paz, who met me in the reception of the school, clearly straight from teaching and on her way to yet another class. ‘The sad reality is that, as an institution, we can train people, but there aren’t steps towards promotion,’ she says. Attempts to provide opportunities, she adds, are ‘personal, not institutional initiatives’.

This is not to say that there is nothing available for classical music enthusiasts here. For example, The National Symphony Orchestra has just completed a series of performances of Beethoven’s 9 Symphonies over March, April and May. Additionally, for those looking for less formal classical entertainment, there’s Las Flaviadas, a venue that holds small-scale classical music recitals in Sopocachi every Saturday. Outside of La Paz, there is the annual Baroque Festival in Chiquitanía and the International Culture Festival in Sucre. However, back in the nation’s administrative capital, ópera enthusiasts have had to be content with screenings of performances from places as far afield as the MET in New York in the absence of any live, large-scale productions.

That said, Susana Renjel Encinas, a soprano singer from La Paz and a former pupil of Beatriz Méndez’s, is working to promote opera in the country. She has performed as a soloist with the Orquesta del Conservatorio Nacional de Música and the Orquesta Sinfónica Nacional. Susana and her musical colleagues have taken it upon themselves to promote their art to a younger audience, given the lack of any formal government or institutional initiatives. ‘Unfortunately,’ she says, ‘the classical music scene in Bolivia is still quite limited. There hasn't been a complete ópera in the country for many years. As singers, we must do it ourselves, find spaces for presentations, and funding.’

According to Susana, the solution to the funding crisis is publicity. Opera the world over has an unfortunate reputation for being inaccessible and elitist. In an attempt to remedy this, she and her colleagues organised a flashmob in a Pumakatari, with the support of the La Paz bus. ‘We had a great acceptance by the public,’ she smiles. ‘The videos that were filmed of this performance went viral and were shared more than 100,000 times in a couple of days.’ In line with her efforts, two years ago a group of young performers founded the Compañía Lírica Boliviana, precisely to promote the lyrical (opera and chamber music) in the country and in different social groups. ‘We loved this idea,’ she says. ‘If it is beautiful to sing in a theatre, singing close to the people has a magic of its own, the feedback is immediate and it generates some very exciting moments.’

‘As an institution, we can train people, but there aren’t steps towards promotion.’ – Beatriz Méndez, Director of the Conservatorio Plurinacional de Música

It seems their shared vision is exactly what the industry needs to reinvent itself. Weimar Arancibia calls it the ‘regeneration of classical music in Bolivia’, and mentions other initiatives with the same purpose, such as the initiation programme at the Experimental Orchestra of Native Instruments and the School of Music in San Ignacio de Moxos, both of which are dedicated to training composers. ‘These are projects of different visions and objectives, but all with a profound ideological aim,’ Weimar explains. ‘They educate musicians from our culture and our possibilities for expression.’

Back at the conservatory, the halls are still crowded with students and the staff is enthusiastic. They haven’t given up on the future of classical music. It will be a few years before the results of Susana’s initiative are evident and the pieces produced by young composers currently in training open to the public. But for now, looking closer at the notice board, a new flyer has appeared. It is for a brand new production composed by Nicolás Suárez called El Compadre, and it is Bolivia’s first contemporary opera. It seems the aisles are slowly filling and the box-office is back in business.