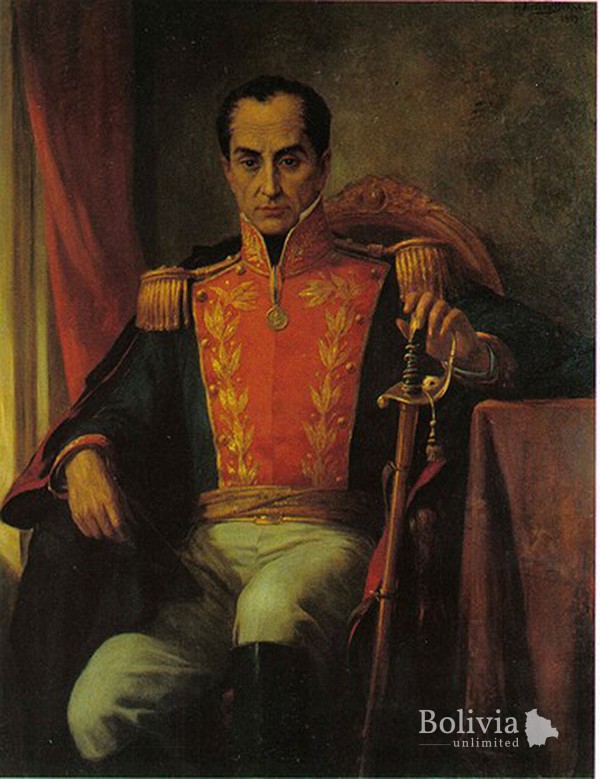 El Libertador and his descendents

The founder of Bolivia and one of the most relevant figures during the South American wars of independence, Simón José Antonio de la Santísima Trinidad Bolívar Palacios Ponte y Blanco (or more simply Simón Bolívar) is known worldwide for being one of the finest soldiers of all time and a grand statesman. Born into nobility and dying ill and poor at the age of 47, he wrote the 1826 Constitution of the Republic of Bolivia. Preferring to be known as 'El Libertador' and rejecting the title of emperor, he helped create Gran Colombia, a short-lived state comprising much of northern Latin America that lasted for only 20 years due to each region's competing interests. But Simón Bolívar left an important legacy, as he is considered the liberator of five nations.

During his life, Bolívar had many followers, admirers, enemies and opponents. Some admired his accomplishments and his military leadership, but at the same time he was ruthless, with a commanding personality, according to the 1828 book Memoirs of Simón Bolívar, written by General H.L.V Ducoudray Holstein. Furthermore, in P. Pruvonen’s 1858 book Memorias y Documentos de Memorias del Perú, Bolívar's relations with women are described in detail. Bolívar had a wife, at least four longtime lovers, including the Ecuadorian revolutionary Manuela Sáenz, and at least 47 mistresses.

Oftentimes, a great man’s legend hides many shadows as well. Bolívar was a warrior, with a great fighting spirit, but he was also a haunted man. The novel that describes his heartbreakingly human side is Gabriel García Márquez’s 1989 novel The General in his Labyrinth. In it, the last days of Simón Bolívar are recreated – his illnesses, his flaws, his agony and his death.

The late Bolivian scholar Edmundo Murillo Costas, a man whose eyes would light up with every book or photograph that contained Bolívar's image, knew these two sides of Bolívar. He proposed that Bolívar is the most important symbol of freedom and the figure of South American independence. He admired the path of this hero, visionary and brave fighter, but he didn’t disregard Bolívar's womanising ways – and he also claimed to be his descendent.

Many authors and experts of Bolívar's life, such as Luis Eduardo Pinto, who works as a guide at Bolívar’s final resting place, the Quinta of Saint Peter of Alexandria in Colombia, claim that El Libertador was unable to have children because he suffered from a genital condition known as orchitis. However, throughout the land in which Bolívar explored and waged war, there exist allegations and claims from Bolívar's purported descendents – and Bolivia was no exception to El Libertador’s amorous adventures.

In 1825, the year of the country's independence, Bolívar paid a visit to the city of Potosí and ascended Cerro Rico, the Mecca of Spain’s South American empire. There, he apparently met a woman named María Joaquina Costas, who alerted him about a possible assassination attempt against him. She helped him escape, and from there a romance was born, recounts Teresa Campos Costas in an article in the newspaper El Potosí. Campos refers to a book, La Sangre de Bolívar en Bolivia, by Juan José Toro, in which Bolívar's accomplishments are proudly related. Toro says that a child was born from Bolívar and Costas’s relationship, José Costas, and that a birth certificate was found in the town of Caiza in the department of Potosí. Two names appear on the birth certificate issued by the church: mother María Joaquina Costas and father Simón Bolívar. Toro argues that the child was not recognised because Bolívar did not want his enemies to find out about his son, but there is no proof to back up this statement.

Other well-known authors, such as Lucas Jaimes and Luis Subieta Sagárnaga, had already made reference to Bolívar and Costas’s purported love child; however, it was not until Elías Costas told his story to the historian Humberto Iporre Salinas that the possible bloodline of Bolívar in Bolivia was made evident. Edmundo Murillo Costas, one of Elías Costas's children, was aware of this story, but he did not make it public. Maybe deep down, Murillo knew that looking for fame through Bolívar's bloodline was not what he wanted to take from El Libertador, but instead he wanted to keep with himself Bolívar’s spirit and courage, and in fact be proud of his mother's surname, Hortensia Murillo, putting it before his surname Costas. In this way, as Edmundo Murillo did, I also prefer to remember Bolívar as brave, strategic and providential. He died banished from his homeland, and although he was an extraordinarily severe man, his image as liberator remains omnipresent in the history of South America.