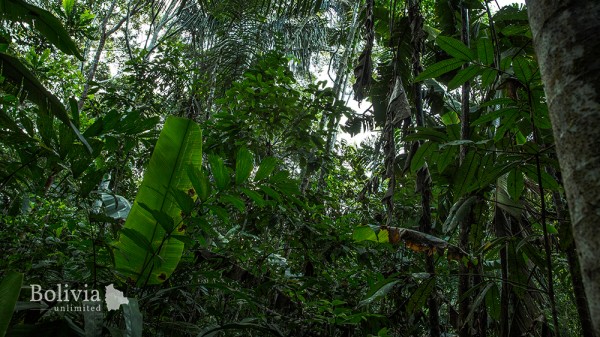 Appreciating the possibilities of the Jungle with Carolina Delgado

Carolina Delgado is a Bolivian anthropologist who has explored the cultures of indigenous communities in the jungles of Santa Cruz and Beni over the last 14 years. She has led the way in shifting the focus of academic research on Bolivia away from Andean cultures and towards those of the tierras bajas.

According to Delgado, the jungle is still considered a foreign, unknown entity, even to many Bolivians. This mystery is what first attracted the scholar, who is originally from La Paz, to the culture of the tierras bajas. When she entered the world of academics, Delgado identified a focus of funding and research directed towards Andean cultures in the country. This offered her a wealth of unexplored research opportunities to investigate jungle communities. Fifteen years later, the focus of academic research is shifting towards the jungle, not only validating Delgado’s choices, but also placing her in a privileged position to publish and distribute her research in Bolivia and abroad. At present, she is happy to see that young Bolivian anthropologists are choosing to study indigenous lowland communities rather than the previously scripted path of Andean research.

For indigenous communities, the jungle is not a threat. Instead, it  provides resources for life and healing.

With the mysterious reputation of the jungle comes a multitude of misconceptions. For Delgado, the jungle at first ‘seemed very dangerous,’ but through the indigenous communities’ teachings, ‘…the space turned into one of life and survival.’ Her initial fear of the environment waned as she established connections with the space. Delgado was struck by how the inhabitants of the jungle, especially women, understood and related to the environment. She found that the women of the Chiquitano tribe, for example, knew the names and uses of all the local plants, which allowed them to see the opportunities and resources that the jungle offers. For these communities, the jungle is not a threat. Instead, it provides resources for life and healing.

Yet these communities themselves are subject to stereotypes and discrimination. Delgado speaks of how her female ‘allies’ and teachers in the jungle, suffer discrimination in urban situations. ‘Indigenous women are all too often treated without respect,’ she explains, ‘as if they were ignorant… It is assumed that because they are indigenous and poor, they are stupid and dirty. Meanwhile, when I was ignorant of how to live in the jungle, these women helped and guided me.’

From Delgado’s perspective, the longevity of the ‘noble savage’ concept is an issue. Studying how indigenous communities combine western medicine with traditional practices, Delgado has seen how the notion that jungle communities should be isolated from the outside world can be patronising and antiquated. The isolated ‘purity’ of indigenous tribes, she sustains, is an obsolete idea. What should be studied now is how they engage with the modernised world, since indigenous communities need flexible and commercial ties with cities in order to be sustainable. Sustainability is vital to avoid a greater threat to these cultures: immigration to the cities.

The lessons Delgado learned from the jungle have had far reaching personal and professional applications for her. ‘You begin to realise that it is a friendly place, in which you have to adapt yourself rather than the other way around,’ she says. ‘If you are not aggressive towards the environment, harmony can exist.’ To illustrate this point, she uses the concept of ‘hichi’ as an example. Hichi is the spirit that protects living things, to whom you must ask permission before you cut down a tree or go on hunt. The failure to pay respect to this spirit threatens illness or even death to the perpetrator.

The connection between physical health and spiritual wellbeing is another insight that Delgado takes from the jungle. According to this view, everything is formed of connections and relationships between the different dimensions of life. This manner of thinking has helped her make sense and bring order to her everyday life outside the jungle.

Interpersonal relations are also integral to indigenous tribes. The concept of community and unselfishness can inform how one develops relationships with people and with nature. ‘Everything, everything changed because of what they have taught me,’ Delgado says.

The isolated ‘purity’ of indigenous tribes, Delgado sustains, is an obsolete idea. What should be studied now is how they engage with the modernised world

Rather than feeling nostalgia about home when in the jungle, Delgado has found that the more you understand the jungle, the more you miss it. It provides a space within which you can exist; a place of companionship. Delgado says she never felt feelings of loneliness in the lowlands, just the majesty of her surroundings. ‘You actually feel a huge sense of companionship and patternicity in your life that  you miss when you leave,’ she reflects.

Having identified the unfulfilled potential of the Amazon, Delgado tackled the frontier by studying, learning and adapting to it, rather than forcing her culture upon it. The jungle still instills fear to many outsiders, but what Delgado has learned from its inhabitants is that fear of the jungle can be mitigated by discovering or establishing one’s place within it and adopting a position of respect. Currently she is relishing the opportunity to communicate the findings of her research to the world of academia, which is finally waiting with open arms and interest.