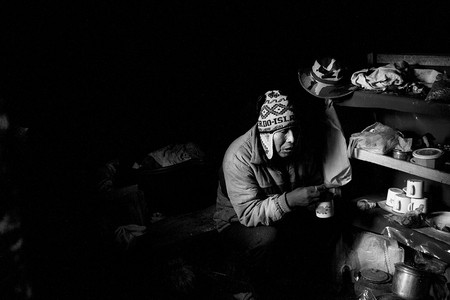 To cast an eye upon the rural areas of Bolivia is to look back at the history of the country. You are looking at a Bolivia that, in its early years, depended on the peasant workforce, taking you back to a period when the majority of the population lived and worked in the countryside. According to the Census of 1950, 78.3% of Bolivia's population lived in rural areas. Nowadays, according to the 2012 census, this figure has dropped to 32.7%.

The way the State has approached the rural world in Bolivia is striking. It is impossible to ignore the colonial characteristics of the Republic: to live in a rural area used to be synonymous with being an "indio”; an inferior subject, someone who had been denied citizenship, political participation and education, amongst other rights. At the root of this project was a worldview which separated haves from have-nots based on skin colour and an imposed class system.

Less than a century ago, being indigenous was a concept that carried connotations of cultural and biological inferiority. In turn, this inferiority translated into restrictions in the free exercise of citizenship, involvement in public sector roles, and the allocation of civil rights. As they were perceived to have neither culture, art, nor science, they effectively had no rights, as stated in the third chapter of the 1931 Constitution, a document which only recognised city-dwelling creoles as having this privilege.

Over the past decade there has been a reclaiming of indigenous forms of identity which stems from the reconfiguration of the country as the Plurinational State of Bolivia. This process involves a demand for extended rights and recognition of the diversity of cultures which exist in the country. However laudable this process may be, it is lacking in important respects, chiefly, that the formal advances are not materialising into real practices. Furthermore, problems arise when trying to assign new meanings to the terms used to identify members of the rural population, with a conflation between the true meanings of "indios" or "campesinos", "originarios" or "indígenas" or "autóctonos".

Another clear example of the points mentioned above can be found in the way the 2nd of August, a date originally proclaimed as the "Día del indio", has continually changed its name over the years. In 1953, in allusion to the agricultural reform, the "Día del Campesino" was put into place. During Evo Morales' government, the term used to denote this date has been subjected to several variations: in 2007 it was declared the “day of the agricultural reform”. Later, in 2009, with the new CPE, it came to be known as the “Day of Indigenous Autonomy”, only to be changed in 2010 to the “Día de los Pueblos Originarios”. From 2011 until the present, the 2nd of August became the “Day of Productive and Communitary Agrarian Revolution”.

These complex changes can lead us to various interpretations. To understand the visions and social imaginaries that are tied to the rural areas it is necessary to look at the structures that encase them; political processes and realities that have dictated the internal organisation of communities, often in a contradictory or antagonistic manner.

There are some political positions, such as the one held by Zenobio Quispe of the Foro Indigena and CONAMAQ, that claim the need to reestablish ayllus and markas, not only in rural communities but also in the cities. German Choque, secretary to the Local Government Council of Caquiaviri, explains that if there was to be a municipal structure that spanned across all communities, there would not be the same crisis of authority recognition that exists today, where the majority of authorities are a hybrid between indigenous and union-based leaders.

As German repeatedly states, the differences between communities arise outside them. Their disagreements are more often than not marked by the matrix organisations they represent, CONAMAQ or CSUTCB, not to mention the participation of political parties inside each Local Council.

These local impasses lead the rural word to a dead end in terms of reclamation, change and construction. For example, the Caquiaviri Council ceased drafting of their Carta Orgánica, an important document necessary for the reclamation of regional autonomy, due to members of the cantons belonging to different matrix organisations. These incompatibilities were further compounded by differences that lay in the type of autonomy they wanted to achieve: municipal autonomy or autonomy of the indigenous peoples of origin.

While all of this occurs, the inhabitants of these communities are demanding the fulfilment of basic needs such as access to water, road surfaces, irrigation, as well as health and education services. These are vital necessities that they want to see resolved in the future. It is precisely the historical lack of attention to these issues that has lead to the rural migration of the young population.