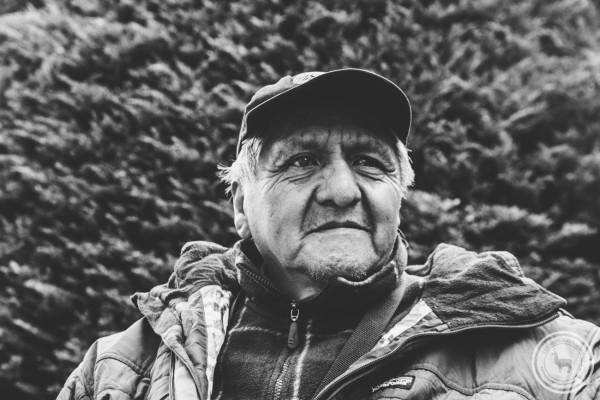 A Peek Into the Past Through Milky Eyes

They are almost invisible, unless they are part of our families. But the elderly are still a force to be reckoned with. They are many, they are opinionated. They are a fountain of knowledge, possessing a wealth of experience that can only come with age and time.

‘I think a positive aspect of my age is experience,’ says Celeste Pérez Mercado, 82, sitting in her daughter’s living room. ‘I think not one day passes in life in which one does not learn something new. It may be minimal, but every day teaches us something.’ The lines on her face dance when she laughs or lovingly reprimands the family dog. ‘¡Afuera! ¡A la cocina!’ Celeste shouts at the perro. The tea in front of Celeste grows cold as she reminisces about her childhood, days spent climbing trees and crossing rivers – even escaping death, like when she tested the theory of electricity by submerging her hand in a tub of water that was being heated by an electric device. ‘I believe I have been accompanied by divine help all my life because I have lived through situations in which I should have died,’ she says. ‘But I didn’t!’

Javier Torres is 65. He sits on a bench, white hair sneaking out under his blue hat, his green fleece sweater zipped up to all the way to his chin. But as he starts speaking, his face lights up and a youthful, eager attitude takes hold of him. To Javier, the past is the center of his work and studies. ‘I live in Bolivia. I have my Bolivian identity, but I do not feel Bolivian,’ he says, before launching into an exegesis of his grand theory of Andean genealogy and botany: the indigenous genetic modification of the potato, and a 13,000-year-old human footprint found in Bolivia, which could potentially disprove Darwin’s theory of evolution. ‘I am in love with my ancestor’s work,’ says Javier, as he catches his breath just to introduce yet another theory about those ancestors’ discoveries.

‘I believe I have been accompanied by divine help all my life.’
—Celeste Pérez Mercado, 82

Not all memories are sweet, however, and not everyone can look back nostalgically. With experience, inevitably, comes disappointment, frustration and pain. Julio Sevilla Mencia spends his days in a tent on El Prado, camping out to seek justice and raising awareness of the Bolivian government’s human-rights violations in the 1970s. ‘I used to make shoes,’ he says of his youth. ‘I was left without work, without nothing. I was tortured. They pulled off my fingernails. I was shot in my leg here. Scars here in my shin, my collarbone,’ he says. ‘This is why we are here. Waiting for there to be cooperation … But unfortunately this government does not want to listen.’

‘Are you married or single?’ repeats Arsof Puente Ervas, 99. He is a robust man with a black moustache, strong political opinions and a confident temper. ‘I feel young. I dance, I play the piano … I will make you dance!’ he exclaims. He is sitting in the patio of the ‘San Ramón’ assisted-living home in Achumani. Arsof repeats certain anecdotes and similar questions over and over again, but he is far from a boring conversationalist. Still, will he once forget that his daughter has an almacén in Obrajes, or that his third wife lives in Valle Grande? Memory can be fragile and let us down as age creeps up on us.

Carlos Venturini Sandalio Herrera sits on a bench, slightly slanted to one side, yet he never falls over. ‘Sometimes I feel like a heavy rock, sometimes as light as cotton,’ he says. At 89, his speech is soft and slow; his hair a pure white; his gaze fixed on something in the distance as he searches for the name of his disease, Parkinson’s. When talking about his former job as a carpenter, his hands seem to remember better than his words as he mimics the motion of sanding wood.

‘Sometimes I feel like a heavy rock, sometimes as light as cotton.’

Growing old isn’t always graceful. It requires acceptance: of years gone by, of limited physical ability, of life as it is – and also of death. But there’s also hope, oftentimes in future generations. ‘Happiness came in the form of my children,’ says Arsof. ‘In that moment, I felt like the happiest man alive. Why? Because I was able to give them their profession. And I told them: Now you are this, son; you are that. Now you have your whole life in front of you. Mission accomplished.’