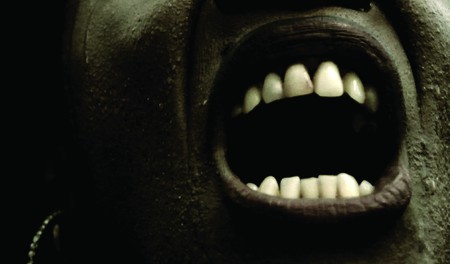 Bolivia is now officially Plurinational, has South America’s first indigenous President, and is developing in unexpected ways. But with a racial past as murky as Bolivia’s, can the country overcome its differences to become a true rainbow nation?

‘The issue of race is not black and white here, like in America,’ Bethel Nuñez explains, ‘It is extremely complex and nuanced; It is such a difficult issue,’ she tells me, ‘that it goes beyond consciousness.’

As a foreign journalist in Bolivia, I have found that, in this palpably diverse Latin American country, there are more differences of opinion regarding race —and contradictions between them— than I ever expected. What I have found is a story of progress and setbacks, of hope and disillusionment; a story that, despite government efforts and valiant activism, ends with a question that remains unanswered: how far or how close does Bolivia stand today from becoming ‘post-racial’?

Ever since the conquest of South America, when the indigenous population suffered in manifold ways at the hands of its colonizers, the racial past of Bolivia has been dark and taboo. Unlike in Europe, the wars during the conquest in Latin America were not assumed to be wars between equals, local historian Magdalena Cajías tells me. According to her, the origin of the anti-indigenous racism that exists to this day stems from that period.

Bolivia’s independence did very little to improve the life of Bolivia’s majority in this respect. Until the Revolution of 1952, indigenous people practically had no rights or power to speak of. Many were ruthlessly exploited by the powerful classes, as Eduardo Galeano points out, speaking of the plight of the Bolivian pongo. Before the revolution, he explains: ‘the pongo slept beside the dog, ate the leftovers of his dinner, and knelt when speaking to anyone with white skin’.

Some might say that racism in Bolivia isn’t comparable to that experienced by slaves in Southern USA or apartheid South Africa, but it is hard to deny that its wounds have cut deep into Bolivian society.

Carlos Marcusaya, an indigenista catarista, told me in a recent interview, that in Bolivia ‘blanco used to be a synonym for rich’. And indeed, nowhere more so than in Latin America has racism so clearly had an economic slant. Galeano argues that, worse still, ‘the Indians were victims of their own wealth.’ Racism suited the Criollo upper classes, allowing them to both take the natural wealth of the native people and exploit them for labour.

In a society historically founded on racism, the election of President Evo Morales in 2005 came as shock to many. People expected Morales to help write a new story of race and power in Bolivia.

His critics, though, say that instead of ushering in a new era of post-racial and modern development politics in Bolivia, Morales has done the very opposite. His opponents claim that Morales has used his race as a political tool, increasing the tension and hostility between different ethnic groups in Bolivia. Luis Eduardo Siles, a journalist writing from the opposition, put it bluntly: ‘Morales had the chance to be the Mandela of the Andes,' he said, 'but instead he chose to be the Mugabe.’ In a similar tone to Siles, right-wing Peruvian presidential candidate and Nobel Laureate, Mario Vargas Llosa, said with reference to Evo Morales that ‘to put the Latin American problem in terms of race is reckless, demagogic and irresponsible.’

Morales’s controversial discourse around ethnicity and identity throughout his presidency, may be the cause of the fear that has arisen in Bolivia around the idea of ‘reverse racism’.

According to members of the Observatorio del Racismo (Observatory of Racism), the concept of reverse racism is more complicated than it seems. Politically, they explain, it may have manifested itself as a result of the current climate, but it is in no way similar to the racism suffered by indigenous people within the institutions of the country.

In a study conducted by the Observatory, the centre found that racism and inequality are endemic within the walls of the educational system in Bolivia. There exists an inequality of outcome between white and indigenous students as well as a lack of social mixing within these groups.

If you talk to indigenistas about the ‘phenomenon’ of reverse racism, they’re likely to laugh at the thought of it. According to them, there are more severe, underlying problems of racism towards non-white people in Bolivia than those that affect the white population.

Marcusaya, one such indigenista, claims that open racism still exists at an institutional level in the country. For example, military schools in the country, he said, still discriminate applicants based on physical characteristics and the origin of their surnames.

Something similar happens in the media. While a local TV station here might see fit to use an Aymara presenter in its screenings, this is much less common on national TV. To a foreigner, it might be astonishing to learn that in a country with an indigenous majority, people from these ethnic groups are confined to appearing as museum pieces, their identity confined to the traditions they are associated with. They appear wearing polleras and typical indigenous dress and are never associated with ideals of beauty or modern development.

Even worse are the incidents of racial violence, of which the indigenous majority is most often the victim. In 2008, for example, in the city of Sucre, an anti-Evo Morales demonstration became a racist attack against his mainly indigenous supporters.

Just as damaging to indigenous people in Bolivia is their internalisation of racism. In a conversation with Carlos Marcusaya, the activist compared racism to sexism in terms of how easily both become normalised. This is how the insult indio has entered into common use.

Aymaras, Quechuas and Cholas of Bolivia have experienced racism over such a long period that it often goes unquestioned and not worth seen as confronting. Experts say that racism in Bolivia has held back its development due to how it has excluded and demotivated a great portion of the population that now finds it difficult to integrate into modern society as equals.

This is not to say that there has been no progress at all on the race issue in recent years. Economically, the formerly oppressed and exploited classes of Bolivia have quickly become a rising and affluent group within the country.

‘While white people and the upper classes still have money, most of this is through inheritance.’ Marcusaya told me, adding that ‘indigenous people are becoming rich through businesses such as importing and trading.’

Indeed, a cursory glance at the mainly non-white city of El Alto demonstrates the upward mobility of many indigenous people, their place within Bolivian society has decisively improved.

On its side, the Bolivian government has been making significant efforts to combat racism in the country. On interviewing the Vice-Minister of Decolonisation —possibly the only senior government official with such a title in the world— I was given an insight into the efforts to cure Bolivia of its institutionalised discrimination. According to the Vice-Minister, the government aims for ‘a Bolivia free from discrimination and racism by 2025.’

A recently passed racism law in the country has pushed the issue to the top of the political agenda. The enforcement of that law, however, has proved a difficult task for the government.

The case of journalist Claudia Soruco, who upon being attacked and racially insulted tried to take legal action against her attackers, is especially illustrative of this point. Despite Soruco’s efforts, the state failed to lend her support, making her unable to follow up the investigation.

Progress is clear in the fight against racism in the country and in the improvement of the lives of indigenous people. Their growing affluence in previously impoverished socio-ethnic groups in the country, along with the renaming of Bolivia to a ‘Plurinational State’, are clear signs of the advancement of indigenous people in this society. Ultimately, though, only a concerted effort from all sectors of Bolivian society can make racism truly a thing of the past.