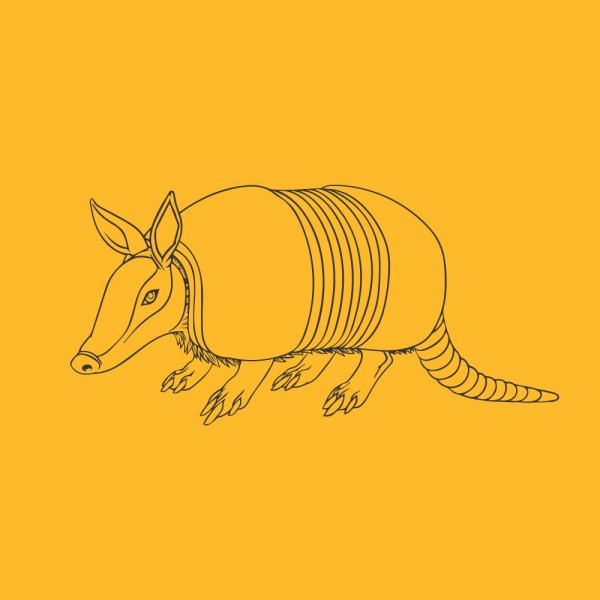 Burrowing Deep into the Protection of the Hairy Andean Armadillo

They have pointy noses and hairy shells, and they live in sand-dune burrows in the harsh, high-altitude conditions of the altiplano. ‘They’re not tigers or white rhinos, but they’re still important,’ urges Julia Quiroga, a conservationist from Cochabamba. She is talking about the humble quirquincho, one of the 20 species of armadillo indigenous to Bolivia.

A symbol of orureño identity as well as a fairly undocumented species, Quiroga’s subjects are more complex than your average conservation work. For hundreds of years, the quirquincho has been a trinket of good luck, its body traditionally used to make charangos, a stringed, guitar-like instrument used in traditional Bolivian music. Their empty carapaces can also be seen during Carnival as rattles, and even stuffed, as souvenirs for tourists. The animal’s population had sunk so low that by 1996, an agreement was made with CITES, an international wildlife protection agency, to prohibit the hunting and trafficking of quirquinchos across international borders, dead or alive.

But recent developments have changed the status of this armadillo, casting uncertainty on its future as a protected species. Argentinian researchers published findings in the Journal of Mammalogy in June 2015 arguing that there nearly identical genetics between the quirquincho of the altiplano and that of another armadillo type in the southeastern region of Chaco, effectively increasing the distribution and population size of the species; as a result the species was removed from the list endangered animals the following year.

‘This link isn’t impossible,’ says Quiroga, clearly frustrated, ‘but the process of adaptation of the altiplano quirquincho makes it unique. Not a single armadillo from Chaco would be able to survive for more than a week in the altiplano, even if they are genetically related.’ Her latest project will be to meticulously track, locate and chart the distribution of quirquinchos in the region as basis for need of conservation.

‘They’re not tigers or white rhinos, but they’re still important.’

Ricardo Céspedes Paz, director of the Natural History Museum of Cochabamba, stresses the gravity of these findings and the declassification of the species. ‘We have been stripped of our legal recourse to stop people from over-hunting and trafficking these animals,’ he says. ‘The only thing we have to rely on is that attitudes towards animal rights have changed over the past few decades, and hopefully people won’t immediately return to killing quirquinchos en masse.’

The threat of hunting isn’t the only concern for conservationists interested in the quirquincho, whose habitat is distinctive. The armadillos dig holes in sand dunes, foraging for some indigenous plants – so little attention has been paid to the species until now that it isn’t even known exactly what their diet consists of. But the recent boom in quinoa farming, a crop that cannot grow in sandy soil, is leading to the reduction of the natural habitat of quirquincho. Quiroga explains: ‘When you look at maps charting the terrain over the past 20 years, it has completely changed: we are now only seeing isolated islands of dunes around the area, which is worrying for the quirquincho population. This is one of our main arguments for increased conservation.’

The current issue at stake is how to prove to the international community that the quirquincho orureño deserves its own consideration. ‘This specific species, or rather population from the altiplano, is unique and deserves extra protection,’ says Quiroga zealously. But what might be  fairly straightforward work in some countries is a mammoth task here in Bolivia, which, along with Paraguay, is the only South American country to not have a state-funded organization to promote science and research. This means that any projects undertaken have to rely on external funding from abroad and an extremely proficient level of the relevant foreign language, discouraging for even the most passionate scientists.

‘Bolivia is light-years behind conservation projects that we are seeing in Africa and Asia,’ laments Césped Paz. ‘But we need to start with some small projects. The Natural History Museum of Cochabamba itself is supporting these projects so that in the long term we can have much more concise and concrete information on our indigenous species.’

‘We’re right at the beginning here, and there’s a lot of work ahead,’ smiles Quiroga. ‘But at the museum we work in a very supportive and collaborative environment, so I’m excited for the future.’ Although the Bolivian scientific community is fraught with obstacles, both financial and bureaucratic in nature, there is hope that the work of dedicated conservationists and passionate researchers will continue to protect the unique fauna of Bolivia, not least the modest quirquincho.