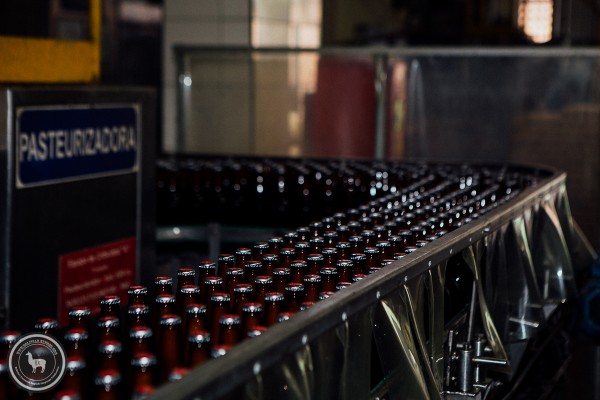 It was, in fact, in the bag I was told to store in a locker when I walked into this supermarket. As I continued conversing with the cashier, however, it became clear that she was not referring to my plastic Camelbak knockoff. She pointed to the large bottle of Paceña, the favorite cerveza of La Paz, in my hand.

‘If you want to buy that,’ she explained, ‘you need to bring an empty bottle to exchange.’

I stood there bewildered, as I instantly began to see a Catch-22: How can I bring in an empty bottle of beer without first buying a full one? I am 22 years old, and the drinking age here is 18. I recycle back home – what is the issue? Should I start dumpster-diving, just so I can enjoy a fine Bolivian beer?

Lucky for me, after some uncomfortably poor Spanish communication I was informed that this store offered a garantía for confused and unprepared folk like me. I paid an extra 5 bolivianos and was on my merry way.

On my walk back from the store, much before I could evaluate the integrity of the beer, the bottle caught my eye. The glass container seemed to have a little more character than I’ve seen in its imported counterparts. This isn’t to imply that my bottle had done more community service or had seldom told a lie in its life. Instead, looking at the 620 mL bottle of Paceña, I noticed a good number of scratches, the label was pretty worn, and the glass was rather dusty.

Great, I thought, I got the loaner beer.

"Around the world, returnable bottles have become common practice, and oftentimes bottles can average 20 to 40 trips back to the breweries for refilling"

I was later told by local friends that my beer wasn’t a loaner. Instead, I had just bought my first beer with a returnable bottle. While many beer companies pride themselves on the sleekest, sexiest, shiniest bottle for their beverages, many breweries in Bolivia have opted for a far simpler approach: botellas retornables, or returnable bottles.

In Bolivia, if you head to a tienda to buy a beer, your request may be denied. For stores offering the garantía, like the one I came across, even without a bottle you can pay an extra fee as collateral for your purchase. This money is guaranteed to be returned to you when you return your newly emptied bottle with the receipt of your purchase. This allows new customers an opportunity to enter the recycling cycle. The garantía is not mandated by any law, but voluntarily offered by some stores.

For this system to work, breweries like La Cervecería Boliviana Nacional (CBN), creators of Paceña, have laid the groundwork of filling and packaging the botellas retornables. Since the very start of their business, 130 years ago this October, CBN has offered beers out of returnable bottles. At their eight plants, they divide the returned bottles into suitable and non-suitable groups. The non-suitable group is broken down and sent over to a glass container factory to be recycled. The suitable group undergoes a three-stage cleaning process in which the bottles are reviewed seven times to analyze colour, cleanliness and if there is any remaining liquid. Once clean, they are refilled, packaged and shipped back off to vendors.

Around the world, returnable bottles have become common practice, and oftentimes bottles can average 20 to 40 trips back to the breweries for refilling, according to the Consumer Goods Forum, a global organization that brings consumer-goods businesses together to dictate best and sustainable practices. At my local grocery store, Ketal, they send about 120 empty bottles a week to breweries like CBN.

Not to be outpaced by their alcoholic counterparts, many soft drinks are also served out of returnable bottles in Bolivia. At nearly every kiosk and food stall in La Paz, you can be served a drink like Coca-Cola or Sprite out of a tiny returnable bottle. You will be given a colorful straw to keep your consumption more hygienic, and you will be asked not to walk off with the bottle, as the returns will take place at the stand. These bottles are taken weekly to a factory in El Alto to be cleaned and refilled.

With half of the beer produced globally being served in returnable bottles, this practice is already beginning to overshadow single-use glass bottles. In many countries, the ease of purchasing soda or beer in bottles for quick personal usage is a major draw for keeping their beverage system in the status quo. As a focus on sustainability continues to expand into the mainstream of corporate citizenship, however, it is clear that the conversation regarding returnable bottles still has a lot of usage left in it.