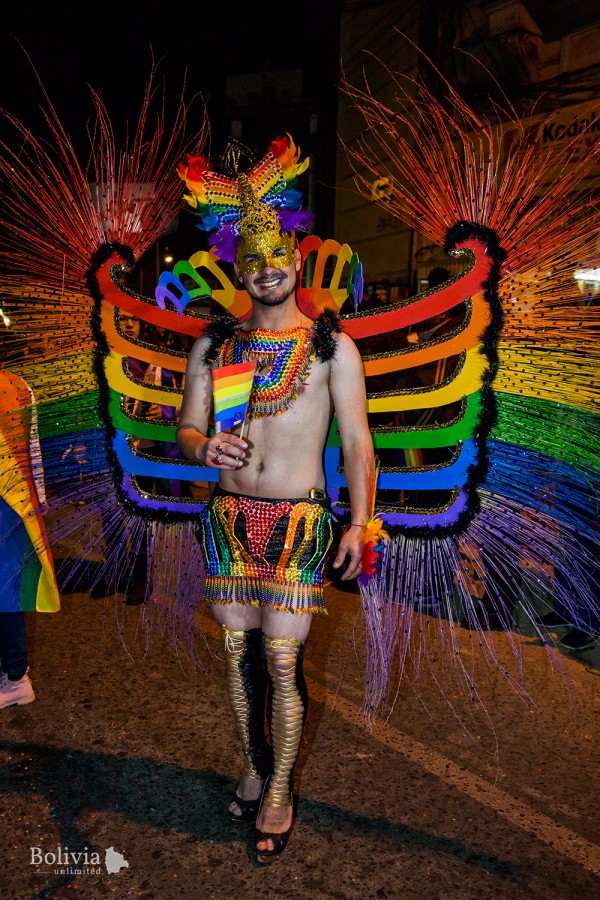 Last month saw Pride marches across the globe celebrating the LGBT+ community. For some people, Pride is more than just that – it’s a celebration of humanity and, as important, of love. The majority of Pride events occur annually in the month of June to commemorate the Stonewall Inn riots in New York City on 28 June 1969, when the LGBT+ community fought back against police repression.

Pride can mean different things to different people, whether it be a celebration, a protest or even a party – it’s subjective, and one cannot generalise given the constantly evolving LGBT+ community. Perhaps it is best thought of as a celebration of life, a celebration of humanity and love.

In La Paz, Pride wasn’t heavily promoted, but the turnout this 30 June was immense, and people from all walks of life were out in support. On Facebook a mere 70 people claimed to be attending; however, the Prado was thronged with thousands of celebrants marching from Plaza Bolivia to Plaza San Francisco. The La Paz City Council sponsored the event, and it featured a gigantic rainbow flag that participants clutched as they chanted for love and equality. The sense of community and cohesion was palpable, and marchers waved handmade signs that promoted inclusion. 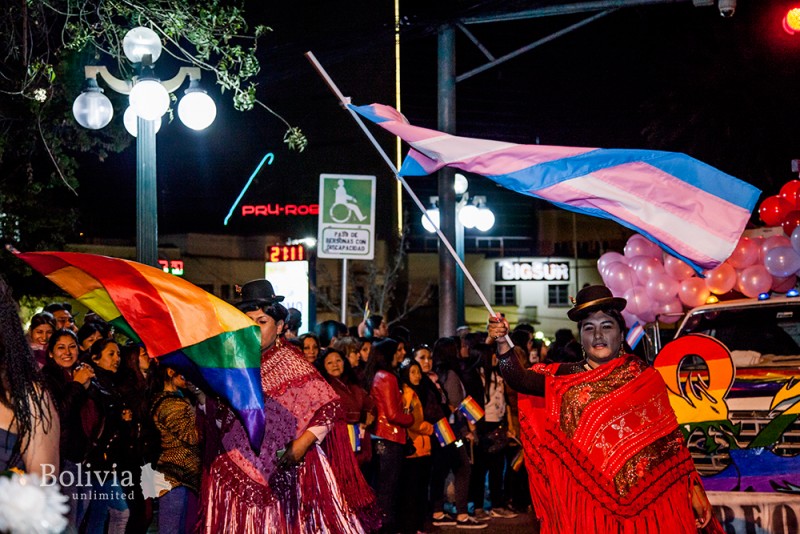 ‘Pride is the feeling you get when you are able to be yourself, and you can tell everyone who you are.’

Paceño Juan Pablo Álvarez Kawai summed up La Paz’s Pride march perfectly: ‘Pride is the feeling that you get when you can act freely and be responsible for your actions, when you don’t violate other people’s rights. Pride is the feeling you get when you are able to be yourself, and you can tell everyone who you are. Not because you have to, but because you want to, without being afraid. You have the right to be a human, a person, to be respected and respect others. Pride means to me to fight for everybody’s rights. The moment someone’s rights are violated or neglected is the moment everyone’s rights are taken for granted.’