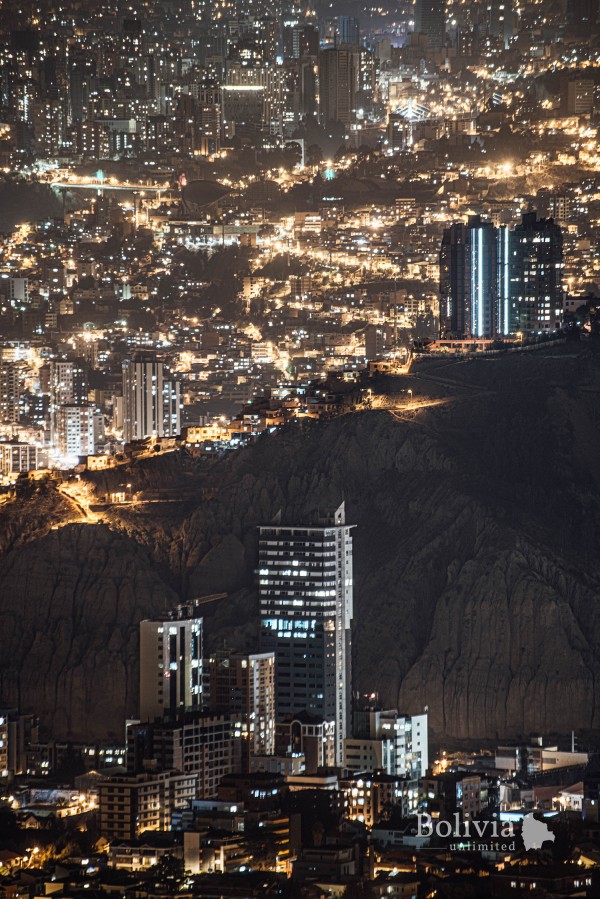 Life is all about immortalising moments: savouring new flavours, feeling the breeze and the sun on your skin while you enjoy views that try to remain unspoiled by the hustle and bustle of everyday life. Allow yourself to be mesmerised by the bird song of exotic feathered creatures and search for the smiles of those who are proud to live in a world where ancestral traditions and modernity coexist.

As a nation, our hearts will forever beat in time to the rhythm of our folkloric symphonies. The musical notes are accompanied by a never-ending stream of colour, costumes, parties and choreographed dances that all share different parts of our nation’s history and show the world who we are and where we have come from. For many centuries now, this cultural extravaganza has attracted the attention and curiosity of many visitors who marvel at our country.

Little by little, we realise that our possessions have become our luggage and that, from time to time, we dare ourselves to leave our homes and explore the locations we have only ever seen in digital form on our devices. These frozen frames awaken our five senses and, more than once, have made us promise ourselves that we cannot die without having travelled and experienced something completely new.

The last twenty years have been characterised by a rapid growth in the tourism industry. This sector blossomed thanks to the more than 120 million workers who, be it through culture, creativity or innovation, managed to generate 5.7 billion dollars in 2019. WTTC (World Travel and Tourism Council) reported a 9% annual increase in the sustained growth of the industry in the last decade.

After the Second World War, Latin America played an important role in the development of the tourism industry despite the fact that none of the countries in the region were considered to be pillars of development. We put our faith into Mother Earth to increase tourism. Yet, the last thing we did was treat her as a mother. During this time, we burnt down forests, animals became extinct, hydraulic resources were destroyed and replaced with man-made dams, and we failed to adopt sustainable development habits that could have generated equitable, long-lasting jobs and more importantly, helped us to preserve our natural non-renewable resources. It would seem that every single infinitely beautiful place is cursed with having a natural resource that is coveted by international markets.

Bolivia has been butchering its natural beauty for 195 years, in its hunt for prime materials which generated a wealth that was shared between few. The INE (National Statistics Institute) reports how, in 2017, tourism created over 350,000 jobs in Bolivia, which is a higher employment figure than that of cooperative mining. Tourism has boomed thanks to the tireless efforts of entrepreneurs who have managed to preserve our customs, protected areas, fauna, flora and draw attention to how tradition lives in harmony with modernity. This ever-growing industry is capable of transforming Bolivia’s history. It is currently ranked as the third most important economic sector, despite the minimal and almost non-existent financial support from the government. It also happens to be one of the most regulated and least competitive economic sectors.

The fundamental reason why the tourism sector has so much power is, without a doubt, due to the fact that 70% of the workers in this industry are women and 60% of the jobs are filled by people aged 35 and under. It is an industry that has provided opportunities for those who were willing to live off of their passions. Dancers, writers, chefs, photographers, artists, directors, actors, athletes and a multitude of other professionals from different fields have been welcomed into the tourism industry. As well as being inclusive, tourism also prioritises the preservation, protection and maintenance of various ecosystems, cultures and traditions as its principal objective.

Geopolitically speaking, Bolivia has a significant location. We border five different countries and are neighbours to the fifth most populated country in the world: Brazil. However, tourism flourished through the breaking down borders, not only physical ones but digital and mental ones too. 86% of trips are bought on digital platforms and according to a study carried out by Expedia Group, it was estimated that tourism was making up to 12 million dollars per minute in accommodation and flight ticket costs in 2019. As a landlocked country, in the heart of the continent, we must take advantage of certain economic opportunities. Integration policies must be established to reduce administrative costs for airlines, and our skies must open up to improve commercial trade.  We can export national products to buyers who particularly value natural and organic goods which were cultivated using unique agricultural techniques, at a different altitude, in alien soils and nurtured by dedicated and resilient people. Thanks to our agricultural techniques, workers, and our lands, we are able to produce outstanding and high-quality products.

Digital integration in the tourism industry requires an array of experts in technology who can offer high-quality services and experiences for the traveller from the second they decide to embark on their journey, to the moment they decide to travel home. The tourist’s satisfaction has become the most significant source of income for the industry. Prospective tourists seem to value recommendations and positive feedback above all.

Regarding natural wealth, Bolivia has little to no competition compared to other popular tourist destinations. According to the FAO (Food and Agriculture Organization), we are amongst the top ten most biologically and geographically diverse places on earth. 79% of the world’s terrestrial species can be found all across Bolivia as well as some of the most diverse landscapes: from the Altiplano and the snow-capped Andean mountain range to the tropics in the Amazon region. It is the only country in the world where you can go from being 450 metres above sea level to 6000 in the space of a couple of hours, living alongside cultures that are hundreds of years old, who have managed to preserve all of their customs, traditions and lifestyles.

The tourism industry is the holy grail. It is the best alternative for Bolivia to stop relying on international prices and our raw materials. By taking a couple of steps in the right direction, we could change our development habits. The exploitation of lithium in the Uyuni Salt Flats is a hot topic in the agendas of all of the governments of the democratic era. Fast forward 35 years and we still have not managed to build a stable industry capable of mass production. The extraction of this mineral could lead to 500 direct job opportunities and 2400 indirect job opportunities. On the other hand, tourism in the Uyuni Salt Flats has generated 6500 direct jobs and 25,000 indirect jobs and its national carbon footprint is only 0.3% of that of the lithium industry (Ströbele-Gregor, 2019). Moreover, in Uyuni’s best year of tourism, the tourist reception capacity hardly reached 9% of its maximum capacity.

Tourism is an accommodating sector that has a unique dynamism which comes from the women and younger generations working in the industry who preserve and take care of our environmental and cultural heritage. What is more, it has given our communities a better quality of life. The future should be motivated by the financial promise of tax reinvestment in the tourism sector, as well as creating incentives and meriting those who develop and promote private investment and employment. We should work on building connections between our 43 existing national airports so that our people are the first to discover the beauty and richness that our country has to offer.

Tourism has been hit badly by the COVID-19 pandemic. However, the human necessity of liberating one’s soul from the confines of our own homes, of tasting unique flavours and witnessing nature at its finest, will open a space for a new era of tourism. One that is characterised by long journeys, (which will be made possible thanks to working remotely), and small groups (a factor that has stemmed from our yearning for human contact after countless virtual meet-ups). Above all, for as long as we are alive, we will continue to search for new spiritual and physical destinations.