Profile of a City Zebra 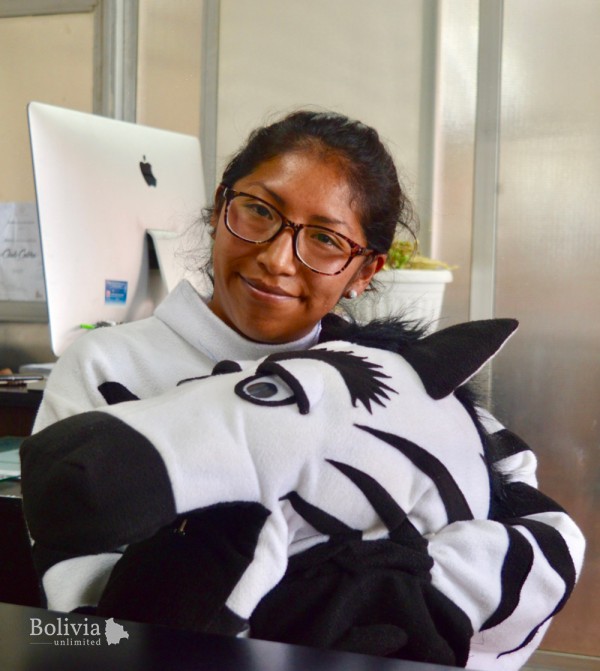 A helping hand on every street corner of La Paz

Occupation: Bringing a ‘pedagogía del amor’ to the city of La Paz 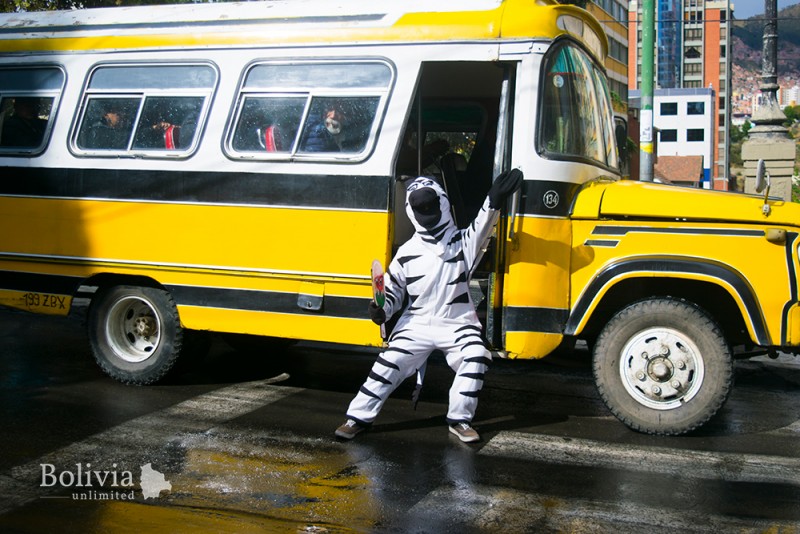 ‘I started on 7 February 2011. It was a Monday at exactly 3pm. I remember it very well,’ says Rocio Melendres about becoming a real life zebra-crossing for the city of La Paz.

Melendres became a zebrita for financial reasons. Like many others in the city, she was struggling to find work. ‘But I liked the project and I continued for many reasons,’ she claims, ‘not just for the money.’

The zebra programme is a place for individuals to develop themselves and gain experience whilst meeting and socialising with others. Focussed on the young people of La Paz and El Alto, the programme encourages individuals to become actors of social change in their surrounding communities.

Having volunteered as a zebra for more than six years now, Melendres is one of the most experienced zebras in the programme. Like many of the other participants, becoming a zebra had a strong impact on Melendres’ life: ‘My life before was very different,’ she explains. ‘As a citizen I didn’t add anything to the city. But once you are a zebra you see the city through different eyes. You fall in love with it. You want to help. [...] It helped me discover abilities I didn’t know I had and it helped me choose my career in education. Now I feel more involved with myself and my city,’ she says.

‘Before becoming a zebra I didn’t respect crossing lanes,’ Melendres continues. ‘I threw my trash on floor, I had bad habits. Now I put my trash in my pockets, in my bag. Many people come and find themselves through the programme. I was very shy, for example, but being a zebra helps you socialise with people and manage teams of volunteers. It helps you become a leader, and that’s what I’ve become.’

‘The Zebra programme is in your heart, you carry it with you. Ultimately what matters is your attitude.’

Although the zebras are famous for their costume and for helping you cross the city streets, they also bring happiness to many others in the city. They work all year round and train for two months during the winter. Apart from their role on the streets, the zebras also accompany senior citizens in chess games and storytelling activities and collaborate with local schools through a programme called Cultura Ciudadana, which addresses the recognition of individuals as citizens.

On the roads of La Paz, however, it’s not all fun and games. ‘Sometimes in the streets you find situations where you can’t do anything, you feel useless,’ Melendres tells me. One time, she saw a mother pulling an infant’s ear and yet there was nothing she could do. As a zebra, she did not have the authority to intervene. The only thing she could do was to try and make the baby smile to get him to stop crying. Additionally, some commuters find speaking to a mask easier than speaking to a real person and find time on the steer to tell Melendres about their problems. ‘One time a man came to up me and was crying as he told me his story. I was crying as well under my suit, but I had to cheer him up. I listened.’

When asked what the future holds for her, Melendres replies: ‘The truth is we are not going to stay here until we are old. The idea is to encourage more young people to find their path. It is important for them to know what they want to do with their lives.’ That is exactly what Melendres obtained through the programme. Now she is set on finishing her studies, building on her knowledge of the project that she has been coordinating for the last two years. ‘The programme is something that you hold in your heart, that you carry with you. Ultimately what matters is your attitude.’