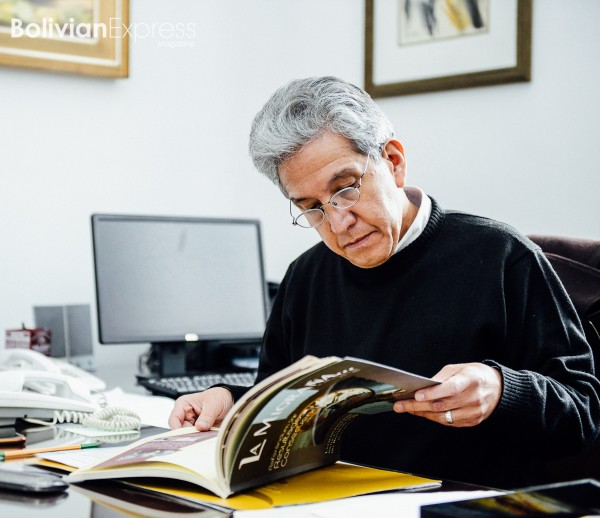 The role of museums in conserving national identity

‘Our heritage is in information, in making our own society conscious of the place that it occupies in history and in the world.’

On the corner of Plaza Murillo stands a solid, imposing, colonial structure emblazoned with huge posters that read: REAPERTURA, 10 AGOSTO. The placard outside will tell you that the building houses the Museo Nacional de Arte, a national institution dedicated to the preservation and display of Bolivian art. But for the past three years, this institution has been closed to visitors, with only a temporary hall displaying various small and non-permanent exhibitions.

The Museo Nacional de Arte is known for its strength in two main areas. The first, an extraordinary collection of colonial art that is unmatched across Bolivia, not just for its historical significance but also for the pure beauty of the pieces. The second, a wide collection of 20th and 21st Century art, mainly paintings and sketches, which is also the most representative collection across the country. Due to the closure, these works have been hidden from public view and will only be redisplayed when the museum opens in August.

And what an opening it will be. The project of renovating the museum, as with any colonial structure, has been complicated and drawn out, but the rewards will be great. The interior of the museum has been completely restored and areas that were previously administrative offices have been opened to the public as new exhibits. This will give the museum more space for its current exhibits and make room for the art in the archives.

The extensive restoration of the museum has been carried out by the Fundación Cultural del Banco Central de Bolivia. This foundation was set up 20 years ago by the central bank in order to manage the cultural heritage of the country, largely through different museums. Although at first it managed only four museums, it now runs six institutions, including:  Museo Nacional de Etnografía y Folclórica in La Paz and the Archivo Nacional in Sucre.

According to the foundation’s President, Cergio Prudencio, its mandate is very specific. ‘We are concerned with the preservation, the conservation and the administration of six repositories in Bolivia,’ he says. This involves the day to day management of the institutes, the provision of funds, and the coordination of the centres so that their cultural activities can be developed. The ultimate goal is protecting the heritage of Bolivia.

As a country, Bolivia has a lot of heritage to protect. As Prudencio stresses, ‘Our heritage is in information, in making our own society conscious of the place that it occupies in history and in the world.’ The rich history of Bolivia has given its culture a legacy full of different nuances, with pre and post colonial societies that contribute to the tapestry that is the modern country. La Paz as a city is central to this preservation and to the spread of public awareness because it is here where the threads of influence converge, making it an important place of heritage.

In contrast to the Museo Nacional de Arte, with its collections of traditionally pure artistic forms (such as oil paintings, canvases and sketches), the foundation supports another institute in La Paz that is dedicated to something much more representative of the current and former inhabitants of Bolivia. El Museo Nacional de Etnografía y Folklore, known as MUSEF, is full of collections of native art and traditional crafts.

Although it is based around a colonial house just off Plaza Murillo, MUSEF has expanded into a sprawling modern structure with several floors that link different exhibitions. One of the principal aims of the museum is to explain the stories of the people through the objects and artifacts that are on display.

MUSEF uses a technique called the ‘operative chain’, which explores the history behind an object from the forging of the raw materials, through its creation, and to its usage by the people. This can be seen clearly in the one of the halls featuring displays of textiles throughout the centuries from different areas and ethnic groups, not just from Bolivia but also extending into the lower reaches of Peru. Along with the finished products, the display highlights the changes in the tools, dyes and cloth through physical items and various video screens. For the visitors, this form of presentation is striking and the contents are memorable.

The most impressive exhibit, however, is the long, dark, atmospheric hall of masks. The notice at the start reads that the masks are a way of showing ‘the diverse faces of the collective soul’, and the skillful curation of this exhibition is such that the masks seem to come to life, telling the stories of those who made them, wore them, and danced in them.

This last exhibit provides a sense of the magical, the creative, the intangible. It is in displaying this that MUSEF, and the foundation as a whole, has shown its most skillful side. It allows the visitor to connect with their imagination and picture those who created the heritage that the public can now admire. This connection enables the heritage to be explored in a way that stretches beyond the museums and lingers long in the memory, even after stepping out into the bright Bolivian sunshine. As Prudencio underlines, ‘Our aim is to make the patrimony of our country more accessible to the public.’ These two museums are evidence that the goals of the foundation are being met, and even surpassed.

La Paz as a city is central to this preservation and to the spread of public awareness because it is here where the threads of influence converge, making it an important place of heritage.