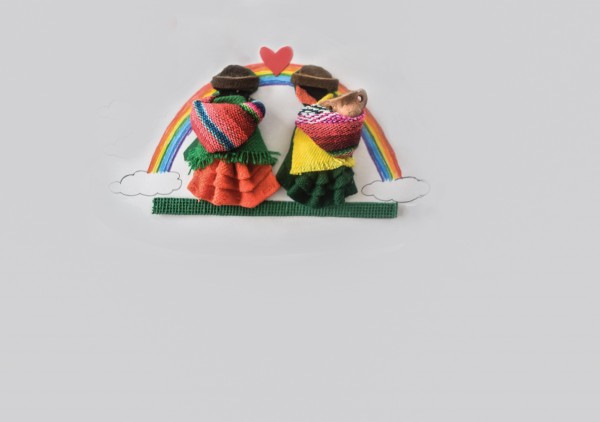 “Many people keep it in secrecy...the couples that want a job, to maintain their economic status, opt to hide their relationships.” - Julia, Mujeres Creando 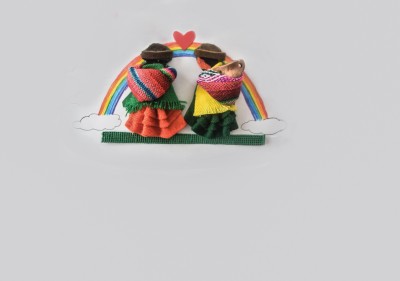 “Here in Bolivia, we’re more advanced in the legal and political side, where as the cultural side is way behind.” - Karissa Singh, Capacitación y Derechos Ciudadanos

Avenida Montes, a bustling, taxi-covered main road in the center of La Paz, is home to Privilegio, one of Bolivia’s few gay bars. This prominent and flashy symbol of LGBTQ existence goes unhidden, standing in stark contrast to the imposing San Francisco cathedral just a few blocks down the street.

The owner of the bar mentioned that he finds discrimination to be the biggest challenge for members of the country’s gay community. This may be because Catholicism is very influential in Bolivia. Almost 80% of the country’s population identifies with the Church, and given that the Catechism deems homosexual acts a sin worthy of hellfire, this is a plausible reason for anti-gay attitudes. But, just because Bolivia is a Catholic country doesn’t mean it won’t soon have laws that bring LGBTQ people closer to equality.

The idea of a very socially conservative country legalizing things like same-sex unions and creating anti-discrimination laws seems counterintuitive on the surface. But most of the countries that have legalized gay marriage show this isn’t the case. A total of 20 countries worldwide have legalized same sex marriage, and eleven of those—Belgium, Canada, Spain, Argentina, Portugal, Brazil, France, Uruguay, Luxembourg and Ireland—have a majority Catholic population.

With the exception of Ireland, which was the first nation to legalize gay marriage through a popular vote, the remainder have created these policies through their judicial systems. This demonstrates the differences between the legal and cultural sides of LGBTQ issues, and Bolivia is no different.

Capacitación y Derechos Ciudadanos (CDC; Training and Civil Rights) is one of several organizations that works on LGBTQ issues in Bolivia and is based in La Paz. The group manages legal issues relating to gender and sexual orientation, conducts research about the rights of gay individuals, and focuses on political and social advocacy as well.

Karissa Singh, a Program Officer at CDC, identifies cultural pushback as one of the biggest problems for Bolivia’s LGBTQ community. “People don’t really know what LGBTQ is, and there is discrimination and resistance,” said Singh. According to a Pew Global Attitudes study from 2013, 49% of Bolivians think homosexuality should be rejected by society.

Attitudes towards LGBTQ people change from region to region in Bolivia, with gay individuals in the countryside facing much more hostility than their peers in the city. “I think it really depends where you are,” said Singh. “If you’re in Sopocacchi, you can walk around with your partner holding hands, but if you’re in a pueblo, maybe someone’s going to try to kill you in the night.”

Bolivia’s latest Constitution, which was ratified in 2009, prohibits any discrimination based on both gender identity and sexual orientation. Despite having constitutional protection, the reality for the LGBTQ community is still different.

“People from the pueblo—where discrimination is the worst—think that homosexuality is not acceptable. The cosmovision—from that perspective it’s not accepted,” said Singh. A combination of cultural expectations, about specific roles for men and women, and religious beliefs, make life more challenging for those in more rural and traditional areas of the nation.

For lesbians, who face discrimination for both their gender and their sexual orientation, barriers in the workplace are common. A report by a UK-based development organization titled, “Unnatural, Unsuitable, Unemployed!” identifies this phenomenon in Latin America. Many of the women who detail their experiences in the study say they were fired immediately after their employers discovered their sexual orientation.

As a result, many people in the LGBTQ community remain in the closet for fear of losing their jobs. Julia, a member of Mujeres Creando, an anarcho-feminist collective in La Paz, argues this is one of the biggest challenges facing homosexual individuals and couples in Bolivia.

For same sex couples, one of the biggest obstacles is keeping their relationship hidden from the public view. “Many people keep it in secrecy. The couples that want a job, to maintain their economic status, opt to hide their relationships,” said Julia.

Additionally, there is a lack of focus on the issue from the development organizations that work in Bolivia. “Globally, something like 1% of the available funding for development is spent on LGBTQ issues,” said Singh. “It’s really hard to get funding for LGBTQ projects.”

Despite the cultural challenges that gay Bolivians face—including hate crimes, job discrimination, and social condemnation—there is proof that legal progress may be on its way.

“We work with a lot of politicians, and they're on board to make changes,” said Singh. “Here in Bolivia, we’re more advanced in the legal and political side, where as the cultural side is way behind.”

Bolivia’s Family Code, for example, is written in gender neutral language, laying a potential framework for same sex unions and marriage to be legalized in the future.

“LGBTQ people are protected in the Constitution,” Singh explains,”and in other laws that exist. It’s not great, but compared to the cultural response to LGBTQ people, I think it’s better.”