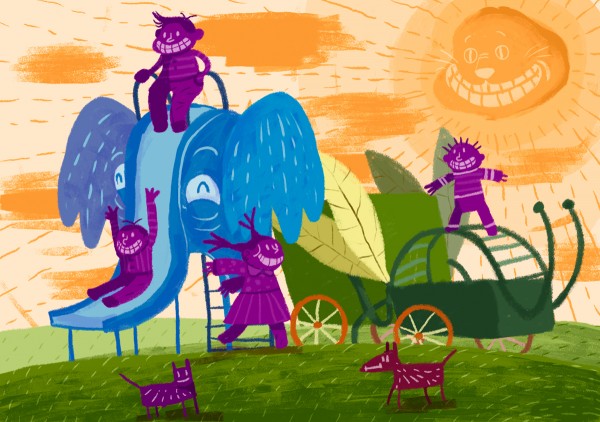 Urban living and Going Out

The Miniparques of El Alto

It's field trip day. The rare occasion when you and all your classmates get to leave the classroom and explore the world outside to learn from everything other than books and desks. You scramble up the wooden trunk of an elephant and your friends call to you from the disassembled bumblebee below that now looks like five blocks of astroturf.

On a pedestrian street near Mercado Satélite, the schoolchildren arrive like a flock of turkeys clad in sweater vests and khaki pants. Smiling, the flock scrambles into a line. Why? Because these miniparques are unlike any park they’ve ever seen. They’re shaped like animals, and have wheels for traveling hither and thither to different parts of El Alto.

Gathered around are the brains behind these mobile structures of fun: the members of COMPA Teatro Trono, a grassroots organization that promotes education through theater in El Alto. Standing with them are their partners, American and Bolivian university students from the International Design Clinic (IDC), a self-identified ‘guerrilla design’ collective that promotes ‘creative work with communities in need around the world.’ Together, in July of 2015, they created a space of joy.

One third of El Alto’s population is under the age of fourteen. According to the creators of Miniparques, most of the public spaces in the city do not cater to the imaginations of these playful children. Their idea was to create a park that did. The university students gave hundreds of children a blank piece of paper, encouraging them to draw the perfect park. The drawings had three elements in common: trees, the color green, and some notion of a slide.

It took the team three years to build these parks-in-a-cart. The two organizations used traditional welding techniques and local materials to construct their colorful playgrounds. The green astroturf body of the bumblebee can be arranged into other shapes, including something like a tree. The elephant, with a trunk of pastel-colored wood, provides something to slide down.

Ronald Grepe Crespo, a professor of architecture at Universidad Católica Boliviana San Pablo (UPB), worked with IDC on the project. ‘Most children were so curious,’ he recalls from the construction process, ‘but the adults just kept walking. Kids would stop and ask questions, or try to play on the structures.’

When the parks were finally unveiled, one group of schoolchildren ‘got in trouble with their teacher because they wanted to keep on playing,’ Crespo tells me.  The organizers observed that children love to climb on a slide, especially in ‘the wrong direction.’ The elephantine tobogán provides the most fundamental aspect of any playground — the thrill of climbing that which was not meant to be climbed.

It's Wednesday, midday. The sun is strong, but so is your imagination. You're a cowboy hot on the tail of a local outlaw, who in real life is your best friend, who is dressed like you, in school uniform. You run around, up and down the bumblebee's body, shoes clacking on the cobblestones. Above the hooting and hollering, you hear the call: ‘¡Niños, vengan aquí!’

In an instant, the fun deflates. Your six-shooters disappear and you dismount your steed when you hear the threats of detention. Suddenly, the best recess of your life is over.

The importance of play in a child's life is difficult to overstate. For the lucky children who experienced the parks-in-a-cart in July, as well as for those of the future, these pop-up miniparques provide an innovative way to exercise, play pretend, and bring the community of El Alto together. Especially when it involves elephants and bumblebees.

COMPA Teatro Trono continues to provide a safe space of learning for the children of El Alto, offering courses in mathematics and sciences to anyone committed enough to take three talleres del teatro, which are workshops that encourage teamwork and bravery through theatrical creativity. Right now, the Miniparques wait to be unveiled for another group to play with. To get involved, search COMPA Teatro Trono on Facebook or visit their home of operations in El Alto, just blocks from Mercado Satélite. 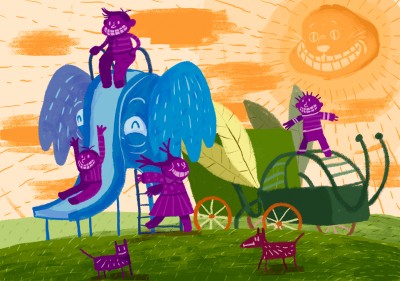