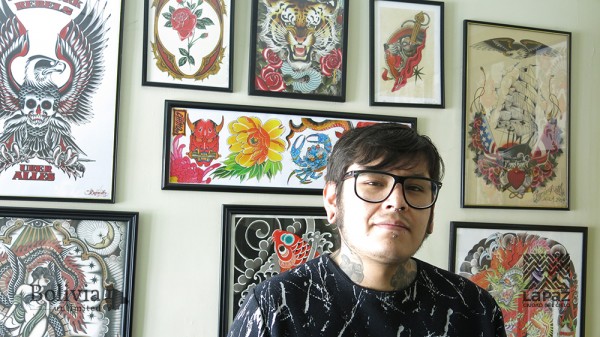 Lifestyle and The Arts

Tattoos are coming up big in Bolivia

There has been a long gap in the history of tattooing in Bolivia. Mummified remains found in Bolivia and Peru show that the decorative art was once a common practice in the region. People would use cactus spines to insert charcoal powder under their skin to create figures and designs. But with the rise of the Inca Empire in the 15th century, tattoos fell out of favour. The Inca belief in bodily perfection, and the later conquest and colonisation by Catholic Spain (and its conservative attitude and antipathy toward indigenous culture), help explain tattooing’s long historical absence in Bolivia.

Now, however, tattoos in Bolivia have become much more mainstream. Once associated with only criminals and lowlifes, tattoos are now adorning the bodies of Bolivian sports stars and other popular culture figures, who have helped normalise the practice. And now regular Bolivians display elaborate works of art on their bodies. Tattoo artist Rodrigo Jimenez from Eternal Tattoo, a studio in La Paz’s Sopocachi neighbourhood, says, ‘You’re often misjudged as a bad person’ if you have tattoos. He recounts his aunt’s grim reaction when she first saw one of his tattoos on his hand. Luckily, though, it was of his dog. ‘It [would be] different, though, you know, if I had a skull’ instead of a dog, he says. But Jimenez isn’t a ‘typical’ tattoo artist. He’s an animal lover who only uses vegan ink, and during his ‘Claws, Paws and Ink’ event in January, in which he inked ten animal tattoos for clients, he raised 5,560 bolivianos for the La Senda Verde wildlife sanctuary.

While the Bolivian tattoo scene is still small, it’s been given a boost in recent years by several tattoo conventions, which have ‘helped a lot for the growth of new artists,’ says Rodrigo Aguilar Cruz of the Ritual Arte y Tattoo studio, also in Sopocachi. ‘I came to see tattoos as something significant, and to respect the people who make them.’ Eternal’s Jimenez says the first tattoo convention he attended, in 2003, ‘changed the game in Bolivia,’ at a time when not only were tattoos generally considered unacceptable, but access to machines and international tattoo artists for inspiration was incredibly rare. Now, though, international influence has popularised the Bolivian tattoo scene, particularly Instagram accounts and TV shows that feature tattoo artists and their work, expanding the culture rapidly. 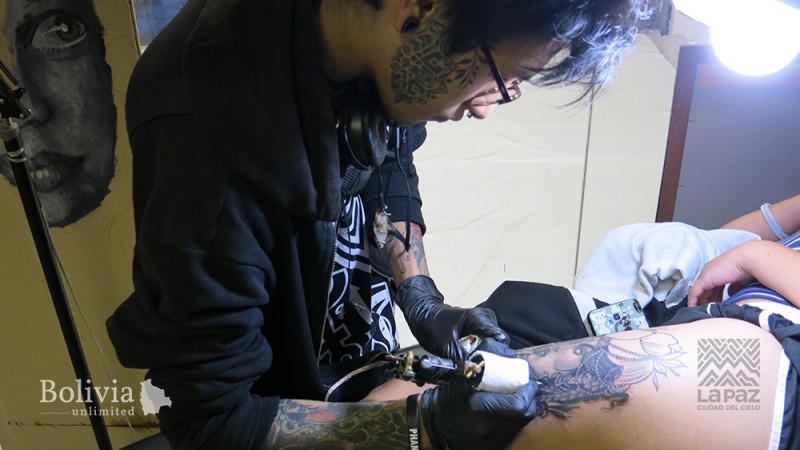 ‘I came to see tattoos as something significant, and to respect the people who make them.’

Global influence inspired Jimenez, now 32, to become a tattoo artist; when he was seven years old, he saw a tourist covered in tattoos. It was ‘a very important moment in my life,’ he says, leading him to pursue an apprenticeship at a tattoo studio 12 years ago.

Jimenez says that early on with his business, his clients were mainly tourists who ‘fell in love with the culture’ of Bolivia and wanted Inca-inspired drawings of suns and moons to be inked into their skin. Both he and Aguilar Cruz see this as a mark of respect for Bolivian culture and history, although Aguilar Cruz’s designs run in what he calls a ‘psychedelic surrealist’ style. He combines realism with abstraction, psychedelic colours with monochromatic black and white, antiquity with modernity, and a street-art style with depictions of pre-Columbian ruins.

There’s a distinctly Bolivian influence in both artists’ respective oeuvres. The culture here provides tattooists and clients with ‘much to exploit,’ because ‘each department [in Bolivia] possesses its own cultural identity,’ Aguilar Cruz says. ‘Western Bolivia’s style of tattooing brings with it a variety of symbolism that identifies it with Tiwanacota culture.’ Jimenez agrees: ‘Yes, it’s completely different,’ he says when comparing the richness, diversity and symmetry of Andean designs to the figurative art common in Bolivia’s lowland regions, where people are more likely to get designs related to their surroundings, like cats, leaves or flowers.

An increasingly diverse and talented cohort of artists is driving the tattoo scene forward in Bolivia, with a unique take on the once-disreputable art.

According to Aguilar Cruz, tattoos have ‘become a fashion for everyone without distinguishing skin, colour or age.’ But they are still a relatively rare fashion trend. They remain expensive for most Bolivians, and equipment must be imported from abroad. Nevertheless, an increasingly diverse and talented cohort of artists is driving the tattoo scene forward in Bolivia, with a unique take on the once-disreputable art. 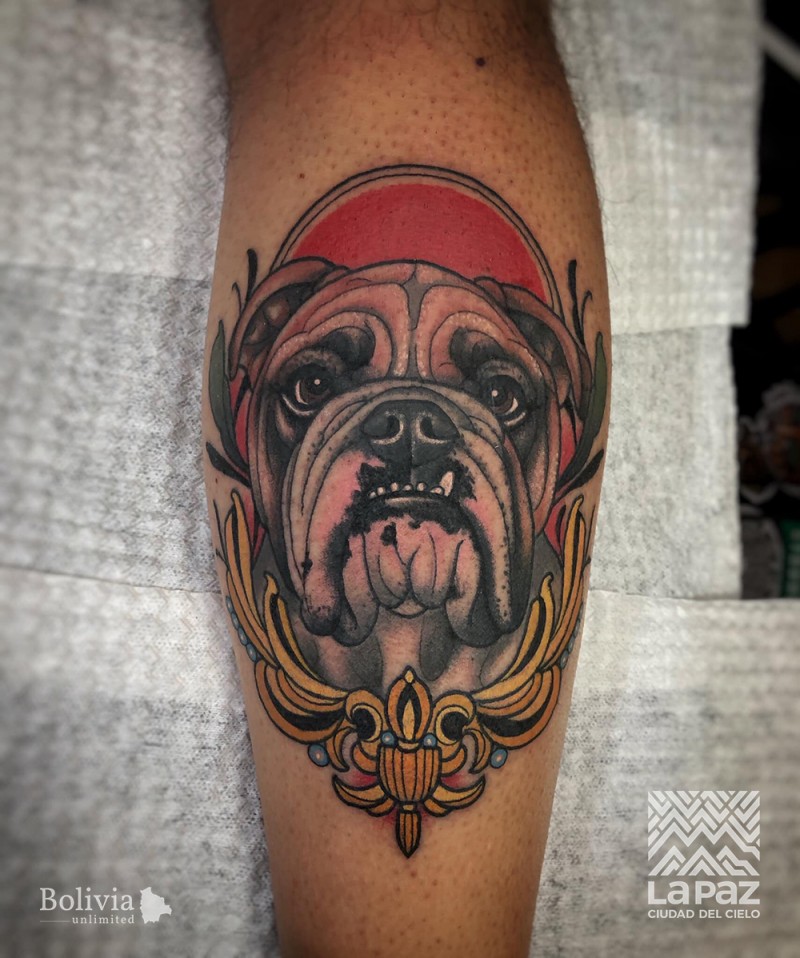