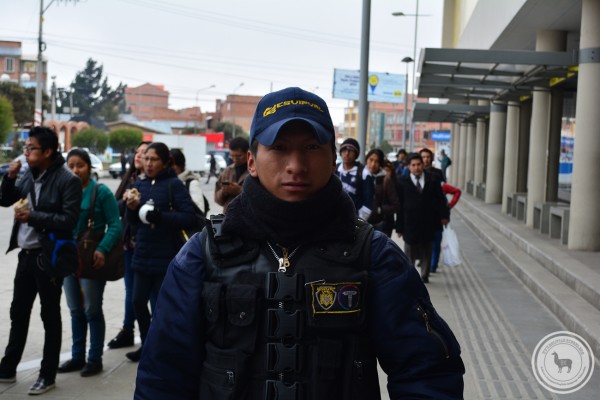 Commuters Line Up to Go to the City

It’s 6:30 am when the cabins start moving at the teleférico station in Ciudad Satélite, a neighborhood in El Alto. People line up in the dew, waiting to commute down to La Paz. Since the opening of the three gondola lines in 2014, every morning the stations become hubs of congregating paceños and alteños. Some are rushed, others are still gnawing on their breakfast. Most of them are waiting alone in the queue, which is a great moment to chat and see what has brought them here. 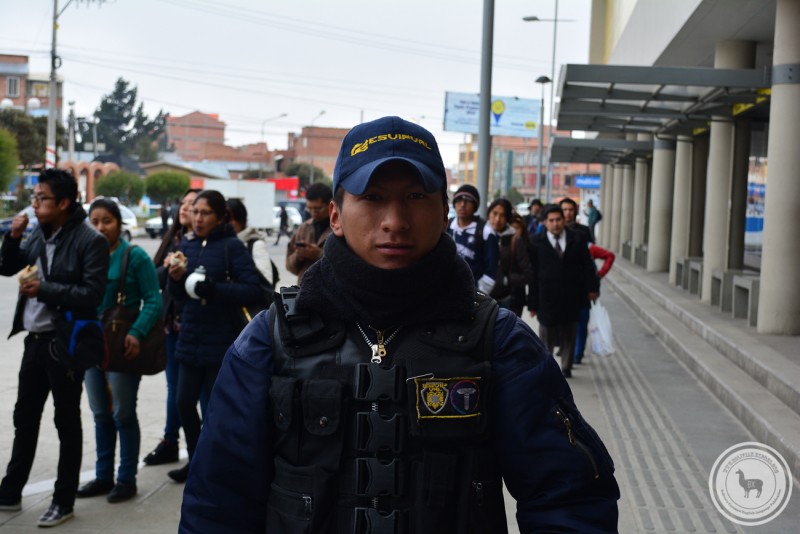 ‘I’m working as a security guard at the teléferico stations in El Alto. My job is to create a safe environment and to protect our users. I like my work, especially the people. I’m a social person and with this work I meet many different individuals. Before I got this job, I took classes for a year in order to learn how to talk to people and how to deal with conflicts. Sometimes, our users argue with me. Someone tried to enter the teléferico cabin with a dog once, which isn’t allowed. He got very angry, but it didn’t upset me. I calmly explained the rules and then he walked off.’

‘I’m using the teléferico to go down to work in Sopocachi. I’m an independent consultant in the field of development. For me, the teléferico is a great example of how development should be approached. Tomorrow there will be a roadblock, which limits people’s ability to go to work. The teléferico provides an easy alternative way of public transportation. When I’m riding, I always listen to music, mostly classical. Many people of my age don’t listen to this type of music, but I don’t like contemporary music as much. It has very little content, which I don’t find interesting.’ 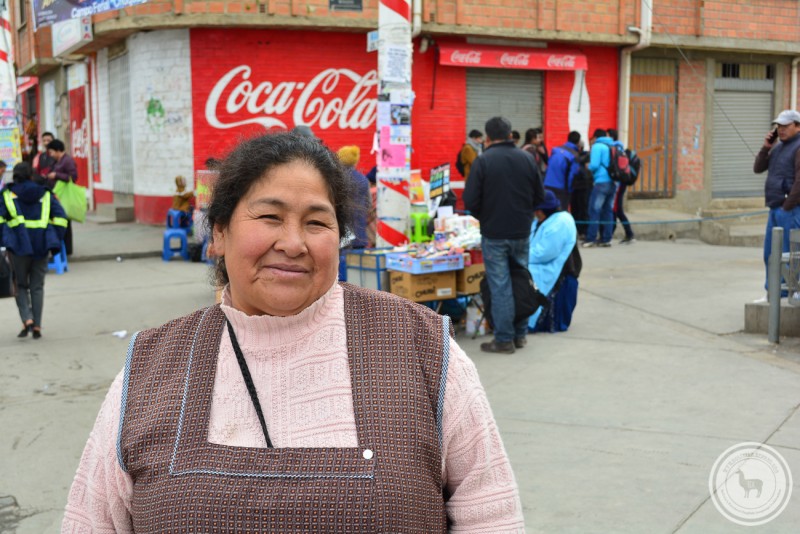 ‘I’m cooking food. My specialty is masaco, which is fried chicken with ahogado. I have six children who like my food a lot. They don’t eat at agachaditos, because it isn't fresh and for some people the food on the streets causes a lot of stomach problems. I normally wake up at 6:00 am and start cooking rice and fideos in my house. When I finish with that, I wrap it up and go to the streets where I sell my food. When I’m done, I pack up my stuff again and leave.’ 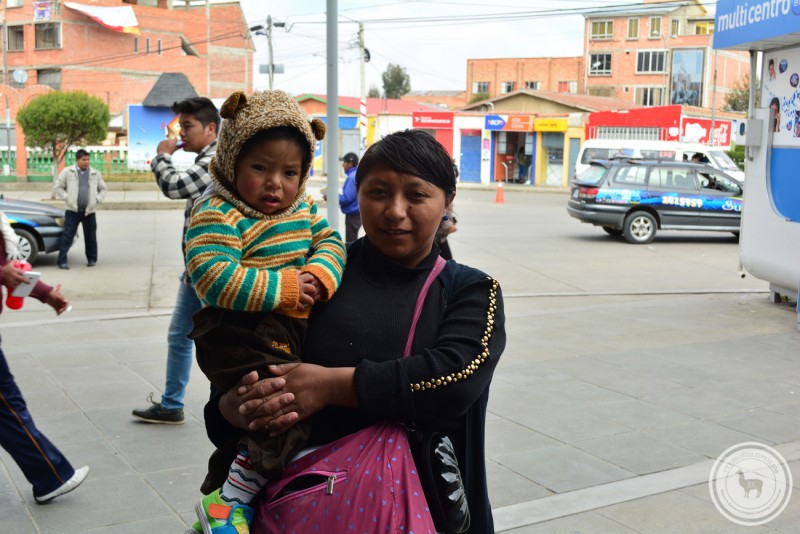 ‘We are going to a hospital in the city with the teléferico because down there, the specialists can help my son. He is only one-year-and-nine-months old, but he has problems with his heart. The doctors are going to operate him today. Luckily the operation is not too risky, but they will open his chest during surgery. In general, he doesn’t have too many problems with his health. Complications with his heart can occur only when it’s cold. Lately, I have been preoccupied with his well being. Hopefully this operation will improve his situation. The doctors promised the surgery will make him better.’