Our Brand Is Bolivia 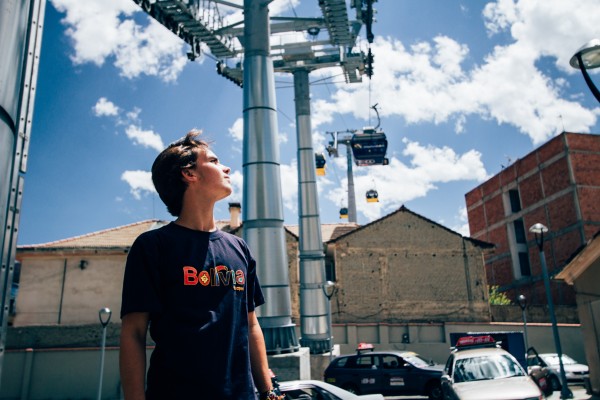 There's no doubt about it: we live in a brand-oriented world. Think fizzy drinks, sports shoes or mobile phones and it’s certain a particular brand, logo or catchphrase comes to mind. ‘A Coke please’, ‘I like your Nikes’, ‘I can't find my iPhone’ – we may not always realise it, but often these brands have been so well crafted, so meticulously designed, that they become synonymous with the product itself. They become the product they are trying to sell. As capitalism continues to prove the success of well-designed branding, the market is expanding from simple products to people, to political campaigns, to entire countries.

Rachel Boynton's 2005 documentary, Our Brand Is Crisis, depicts the 2002 presidential campaign of former Bolivian President Gonzalo Sánchez de Lozada Sánchez de Bustamante (or Goni, as he is more commonly known). His successful campaign was orchestrated by the US-based political consultancy company Greenberg Carville Shrum (GCS), which designed a brand, a slogan and an image for its client, as if Goni were a product to be sold – and the Bolivian people bought it. Yet the documentary begins and ends with the protests and riots that led to Goni's resignation in 2003 and his subsequent exile in the United States. Boynton, then, clearly shows us that the trust a nation was led to invest in this particular product proved to be untenable.

So why is it, then, that a tactic so flawlessly executed with commercial goods can backfire so drastically with a different sort of product? Perhaps it's due to the fact that an inanimate, lifeless object is easy to control, to moderate. Once invested in, its quality is not likely to change. The same cannot be said for a person or – on an even bigger scale – a country. Yet the concept of marca país, of creating a brand for a nation, is one that has been developing for many years. ‘Ecuador ama la vida’, ‘Uniquely Singapore’, ‘Jamaica: once you go, you know’ and the more recent ‘Bolivia te espera’ are but a few examples of brands being pushed to generate tourism and increase wealth within respective countries.

I spoke to Oscar Salazar, creative director of the Factor H publicity agency in La Paz, to learn more about the importance of image design for Bolivia’s tourism aspirations. ‘For me, the nation brand would be the most important client that I could deal with,’ Salazar tells me. ‘Why do I say that? Because in a country like Bolivia, which has so much touristic potential, the nation brand becomes the possibility to change the future of Bolivia.’

Trust—is that not what all great brands are built on, or at least, what they are trying to create?
Most of what Bolivia has to offer is truly unique, it's just a matter of showing it to the world.

I reflect on this. Undoubtedly, Bolivia has plenty to offer tourists. Yet many other countries in South America – neighbouring Peru, for example – generate much more money from tourism. I take to the streets of La Paz to find out why.

I talk to a range of tourists, from backpackers to volunteers to trainee teachers, yet only one had even heard of the phrase Bolivia te espera, and others were sceptical of the effectiveness of such publicity. Laurenia from Switzerland says, 'I think friends or family or mouth-to-mouth publicity is more what I'd listen to,' whereas Cynthia from Canada talks about seeing a friend's pictures of salt flats on Facebook. Each tourist seemed to value word of mouth over all other forms of publicity, especially when the word came from the mouth of someone they know and trust.

Trust – is that not what all great brands are built on? Or at least, what all great brands are trying to create? Salazar explains that in order to reach its potential, a marca país depends on many factors: ‘A nation brand alone is not enough. You need infrastructure, investment, active participation of the population.’ In other words, what Salazar believes is missing is a unified, concerted effort behind the campaign. Like many other country slogans, this one could seem generic and universally applicable. For Salazar, it doesn't fully express what he feels his country represents.

Indeed, when asking what they knew of Bolivia before arriving, the tourists that I spoke to seemed to have little idea. Mountains, poverty, indigenous people – those were the most common answers. Some had heard of the salt flats, another had watched the famous Top Gear special, but none seemed to have had a clear idea of what made the country so special. In fact, many were surprised by what they found. Laura from Spain tells me, 'You certainly don't expect a lot of this country, but it's impressive.’

Unlike in the case of Goni, then, it seems that it’s the brand, rather than the product, which is failing. So, what's the answer? Matt from England suggests the use of real people. Working in TV, he is cynical of highly stylised publicity videos. His friend Ian suggests it's a question of finding a way to make a country stand out. He gives a local example: ‘You can do mountain biking anywhere else in the world, so why bother coming from the UK all the way to Bolivia, just to do a little bit of mountain biking? Well, you know, you brand it as "The World’s Most Dangerous Road".’

Yet most of what Bolivia has to offer is truly unique, it's just a matter of showing it to the world. 'Bolivia has an essence, which has to be exhibited,’ Salazar declares passionately. ‘Bolivia has a unique quality. Its culture is alive.'

Come the end of October, another film bearing the title Our Brand Is Crisis is scheduled to be released. Based on Boynton's documentary, this George Clooney–produced blockbuster provides a  fictionalised account of the Goni electoral campaign. Wouldn't it be interesting, I think, to have the Bolivian people’s perspective of the question at hand? After all, it was their country that was affected.

Foreign marketing companies are brought in to design nation brands, too. I ask Salazar how he feels about this. ‘So, you can see that Bolivia is a country that has a lot of essence, so do you need help to find the way to sell its essence?’ he asks. ‘Or do you need a group of people who can express it with love and care? You tell me.' The answer is obvious. Bolivia has all that it needs to attract tourists already: in its landscape, its culture, its history and its people. All it needs is a brand that will exhibit that. Or rather, it needs its brand to be exhibited. For our brand already exists; our brand is Bolivia. 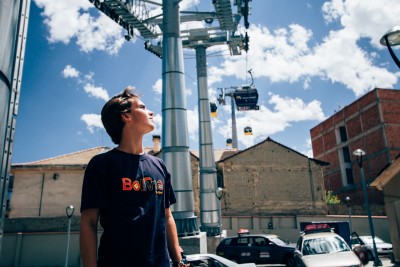