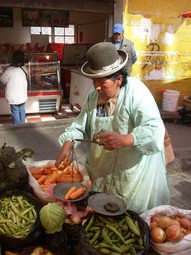 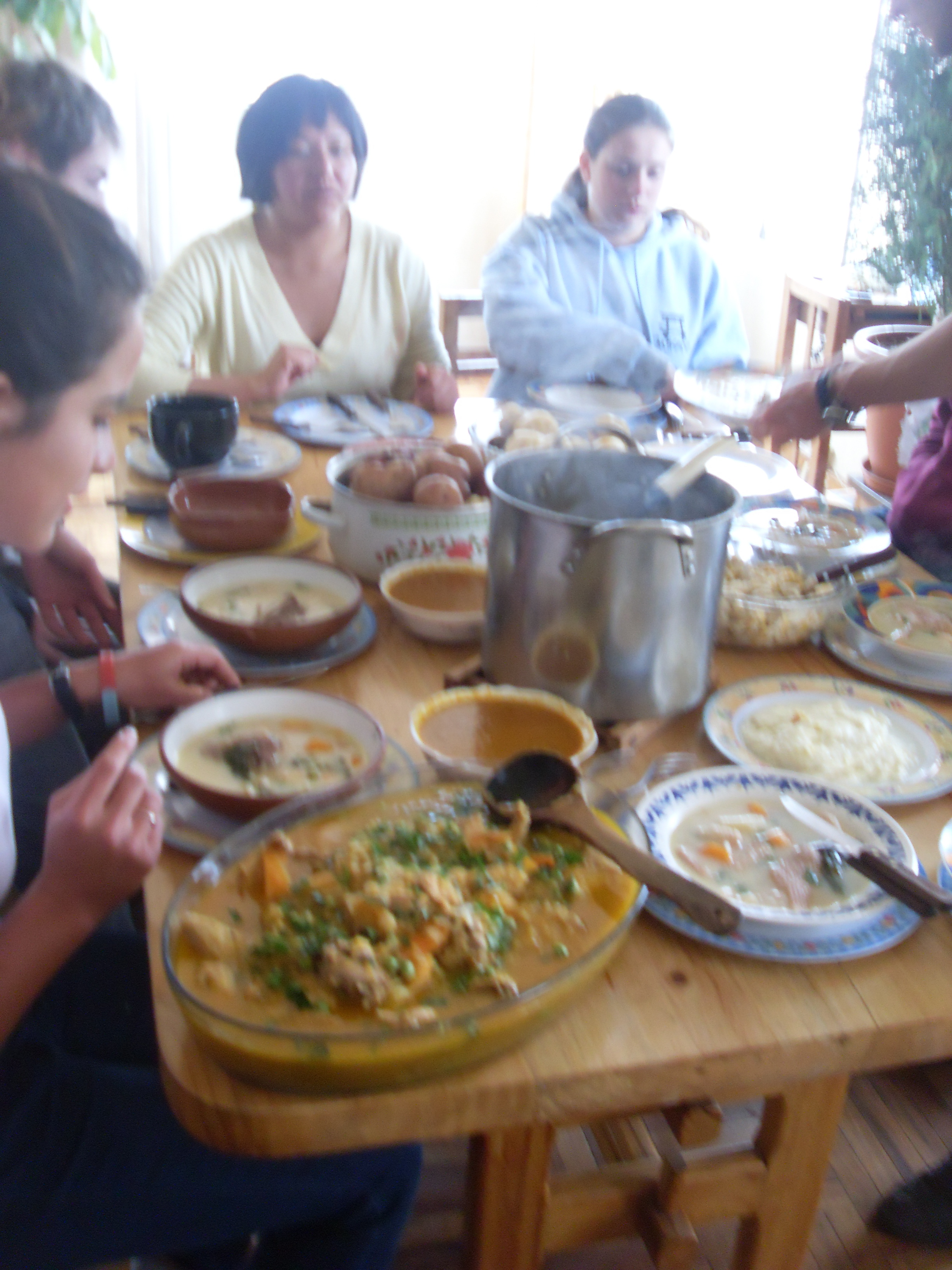 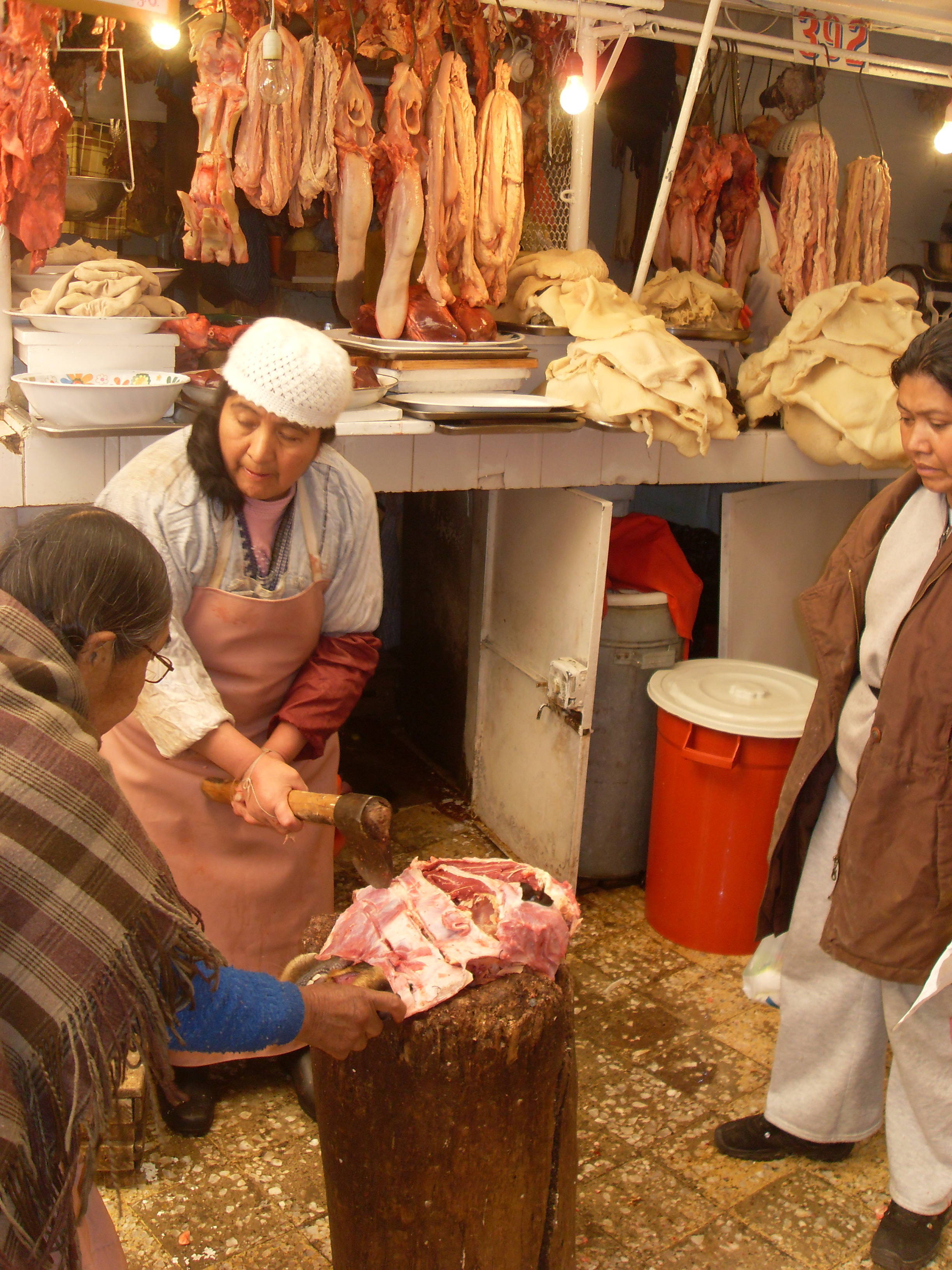 Just three hours after getting back from a our first experience at the nightclub ‘Traffic’, and with the taste of last night’s anticucho (a kebab of cow’s heart and potatoes sold on the street) still rather too prominent in my mouth, I woke up to keep to my arrangement to go to Mercado Rodriguéz with Sharoll to buy ingredients for a Bolivian feast that conveniently coincided with the national celebration of independence on 6th August.

Even with my Bolivian rosette and alpaca jumper, I think people could probably still tell I wasn’t a local. Trailing in Sharoll’s wake I had to navigate my way through row after row of fruit and veg I’d never seen before, the occasional cow’s tongue or testicle hanging at eye level and every third person babbling away in Spanish and asking to carry my bags for a tip. This was Borough Market on speed, and minus the food standards inspectors. Instead of the latex gloves and hair nets we bumped into a woman hacking at a cow’s head with an axe on a wooden stump.

We bought so many ingredients we needed to take a taxi back (after having stopped for some well-earned salteñas, of course), including a chicken complete with head and claws, and some black potatoes as we made our first dent into Bolivia’s 300 varieties2.

After about three hours in a kitchen somewhat too small to cook four dishes for twelve people, we huddled round a table big enough for six at a push. Silence descended as we started to work our way through sopa de maní (a peanut-based soup), plato paceño (a mixture of boiled vegetables with cheese), sajta de pollo (a spicy chicken dish) and timphu paceño (with lamb and rice), all flavoured with spicy locotos. It was great fun and Sharoll is a fantastic cook. I’m certainly a convert to Bolivian cuisine.

We have enough leftovers to last us the rest of the month. And it turns out .sopa de mani can be quite a good hangover cure. The black potatoes on the other hand tasted a lot like they looked – in a word, earthy.